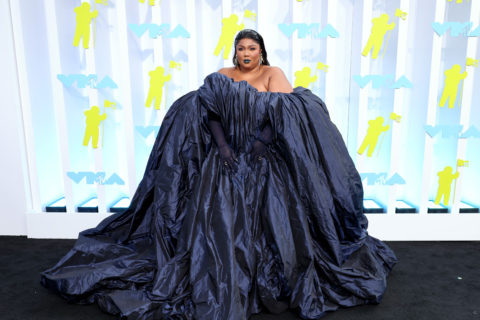 Lizzo Makes an Empowering Statement on the 2022 VMAs Red Carpet

Don’t be fooled — this is no ordinary navy dress. It’s a statement.

Reason #753 to love Lizzo: She refuses to fade into the background. Case in point: Her voluminous Jean Paul Gaultier gown on the 2022 VMAs red carpet.

For years, fashion, Hollywood and the music industry have told women (and men) who wear extended sizes to go to the back; to be neither seen nor heard, as we celebrated the scarily skinny talent and ignored the rest. And even worse, most magazines have fed this narrative, telling women who are bigger than a size 2 to avoid wearing stripes, bright colours, or anything with a little volume.

But the world has finally woken up to this nonsense, and, to quote the songstress, it’s about damn time. Lizzo’s look is a testament to her power and influence. With this navy gown, she unapologetically takes up space, demanding all the attention. You can’t ignore her, nor should you. She has become a pioneer in plus-size fashion (anyone else remember that iconic Met Gala look a few months ago?!).

Another rule breaker we love to see? Lil Nas X. Daring to bare it all in a dramatic look by Harris Reed, the singer has become synonymous with gender-bending and has ushered in a new wave of menswear on the red carpet. Following suit is Conan Gray, also wearing the British designer, and the members of Måneskin, all in Gucci.

See for yourself in the gallery below, where we’ve rounded up all the best looks from the 2022 VMAs red carpet. 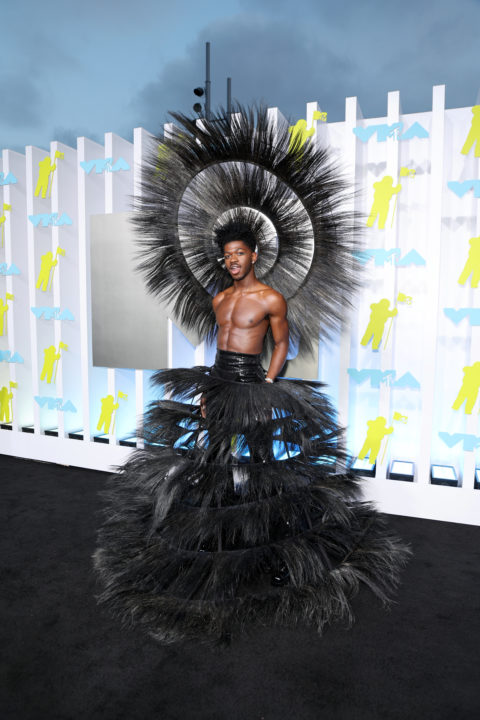 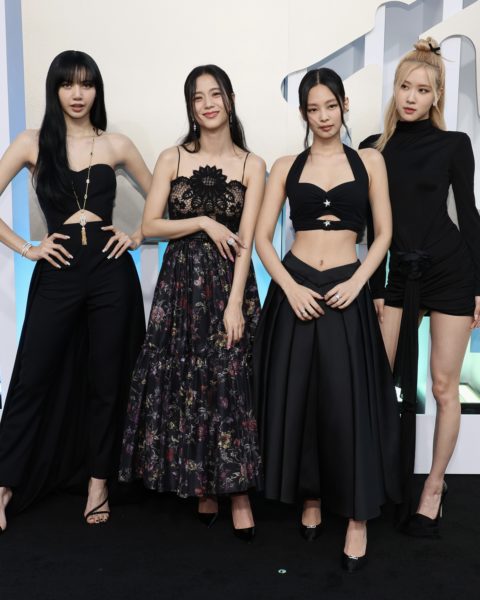 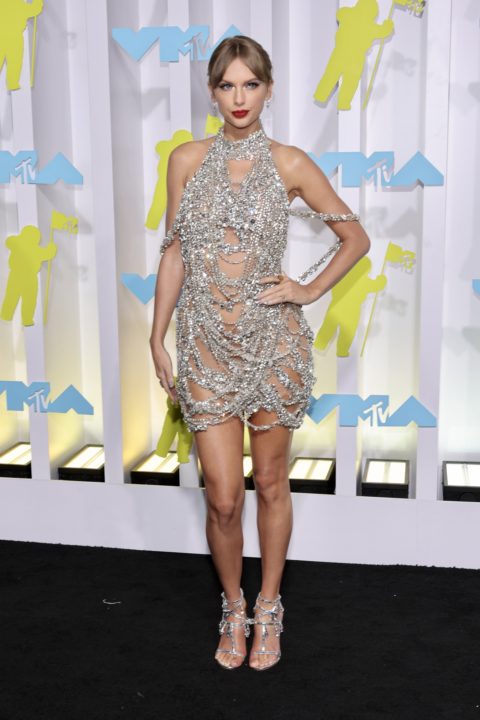 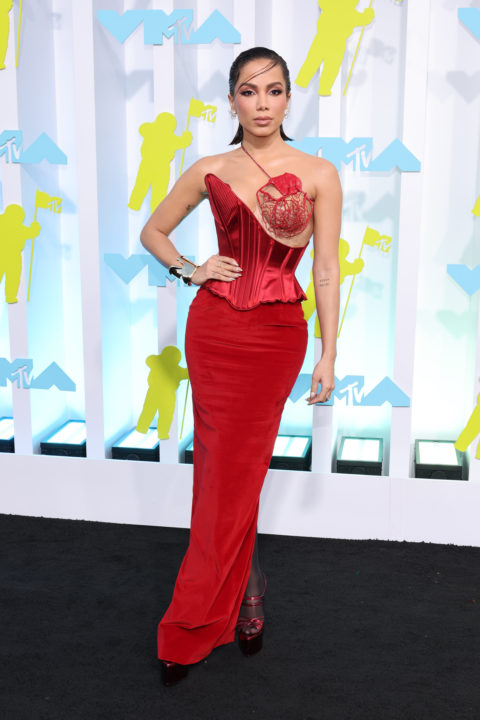 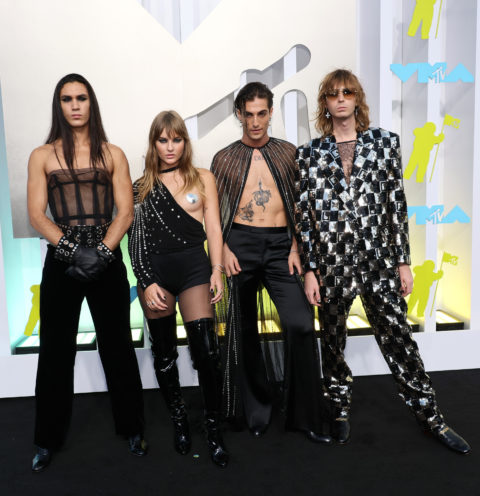 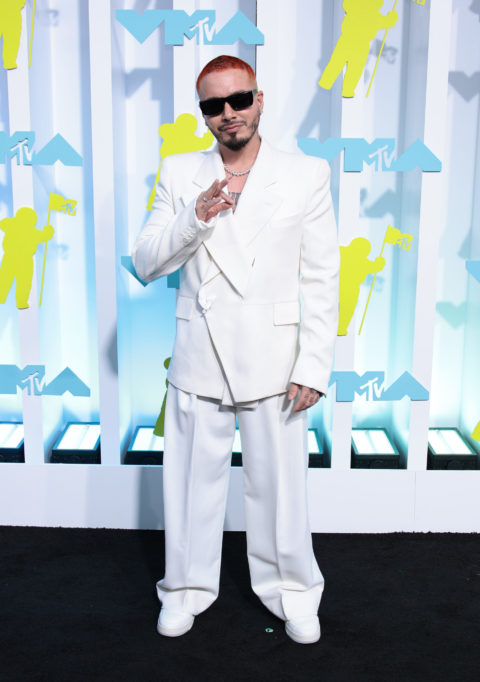 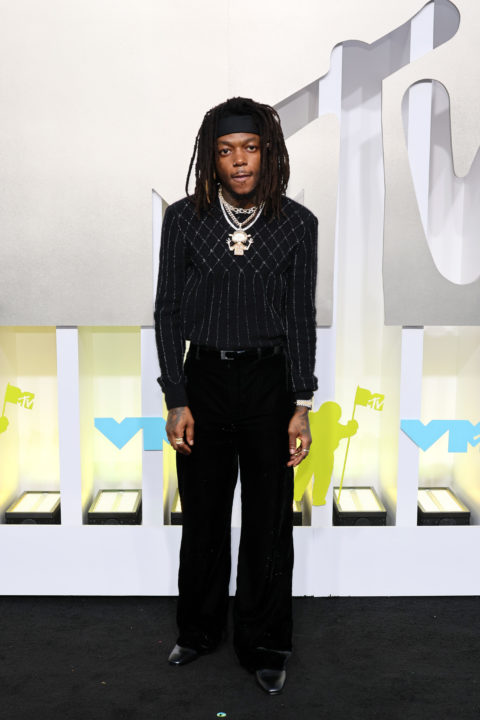 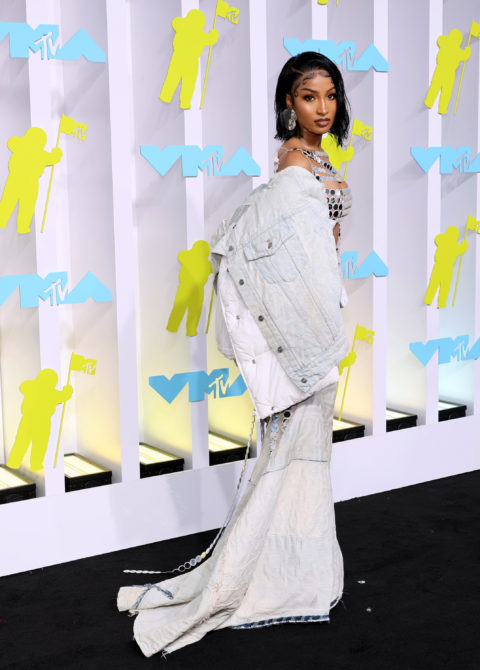 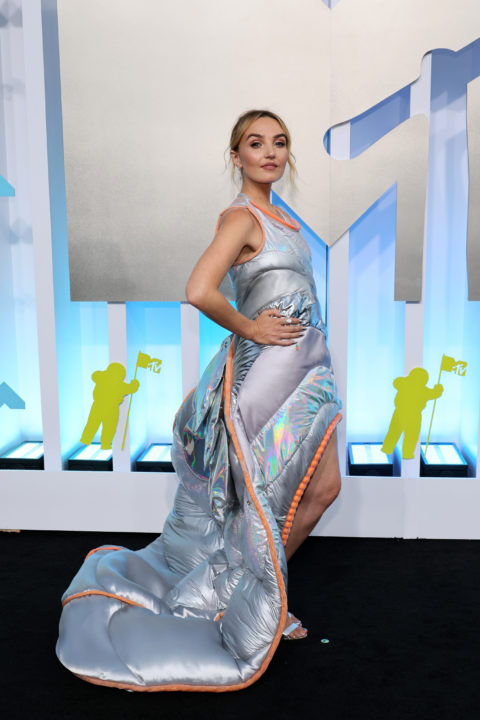 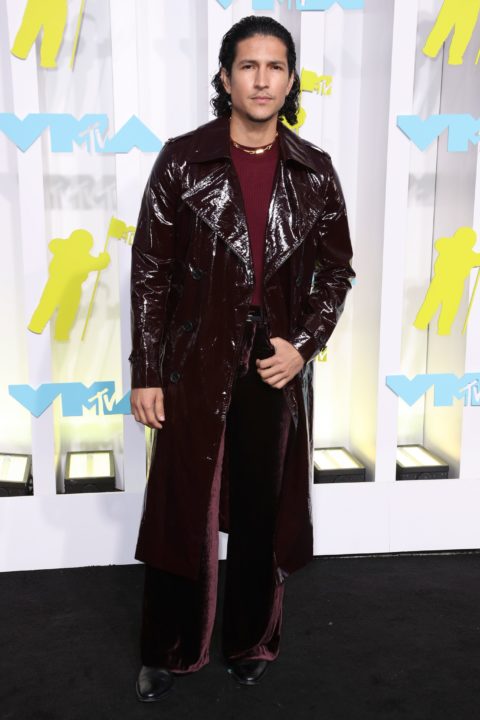 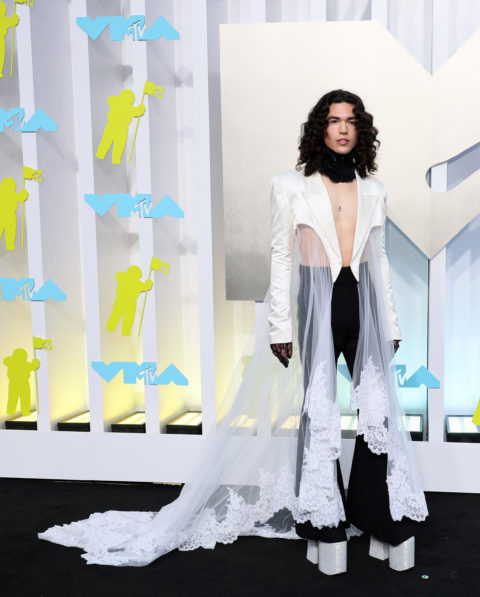 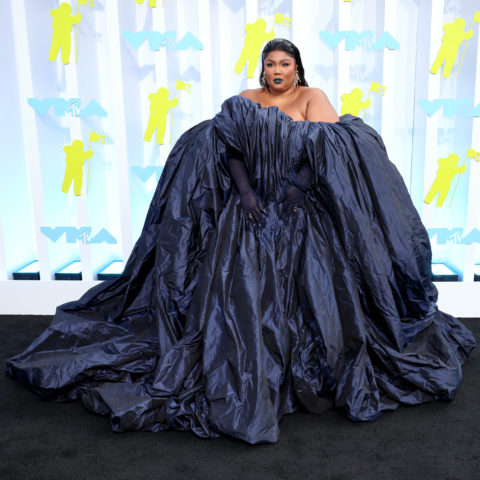 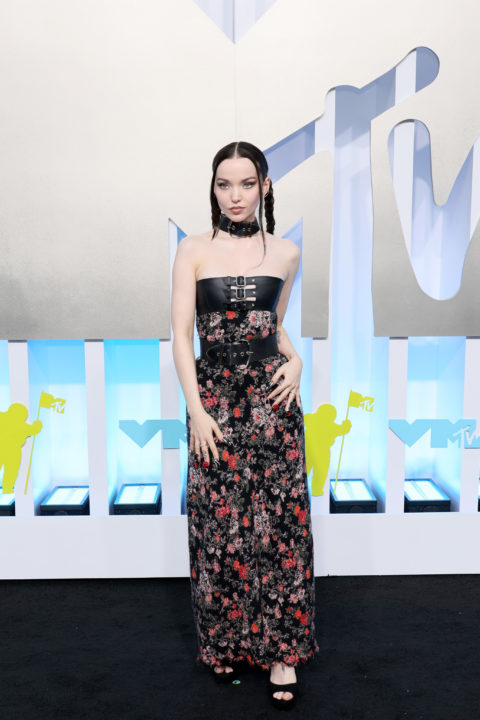 Photo by Cindy Ord/WireImage
Get the best of FASHION in your inbox Thanks for signing up!
The latest fashion, beauty and celeb news delivered right to your email #FASHIONforall Now, check your inbox to complete your subscription
We won’t ever use your email address for anything else
Want even more FASHION? Follow us on social media.