Celebrity style recap: From festival fashion at Coachella to red carpet glamour in NYC, here’s what the stars wore this weekend

See the best celebrity style from this weekend »

Whether you live for the glamour of red carpet galas or are obsessed with how stars dress when they’re off duty and street stylin’ it up, this past weekend has you covered. Things started off with a sartorial bang at the Tiffany & Co. Blue Book gala in New York City. Jessica Biel and Katie Holmes were amongst the notable guests, and both dressed in black and white. But it was Kate Bosworth, in a pink silk Katie Ermilio dress, who stole the style show that night before jet setting to the golden coast to join Emmy Rossum at the Alexander Wang and H&M Coachella party.

Coachella may be a weekend of music, but for us, it’s all about the festival fashion. Thanks to the Soho Desert House party, hosted by Bacardi and Spotify, A-listers were out and about all weekend long—and being frequently snapped for our style spotting pleasure. From partying it up with other VIPs to making surprise appearances on stage, it was all about printed dresses, flower crowns and summer-ready platform sandals. And what’s Coachella without crop tops? Both Katy Perry and our May 2014 cover girl Lorde flaunted toned midsections at the festival, but it may have been Beyoncé’s floral-print two piece that really made jaws drop. (Though, that also could have been due to her unexpected performance with sister Solange.) The best part? This is just weekend one of two for Coachella. We cannot wait to see what next weekend has in store for us. 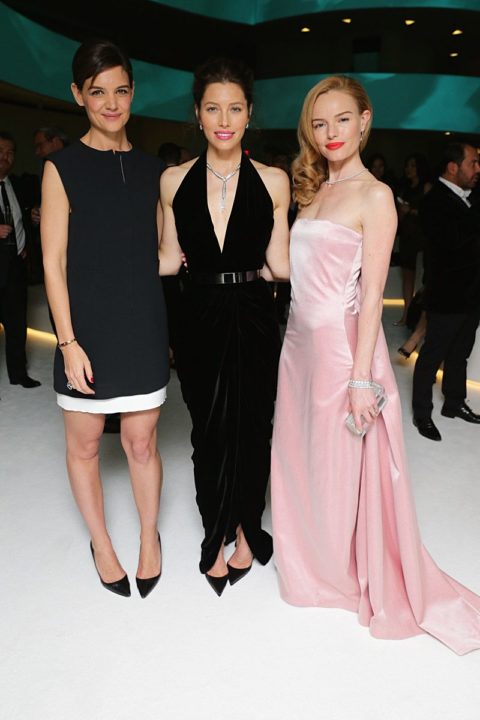 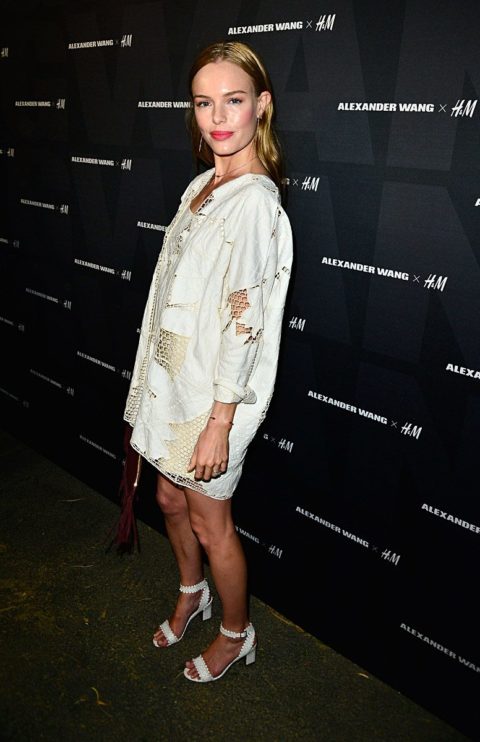 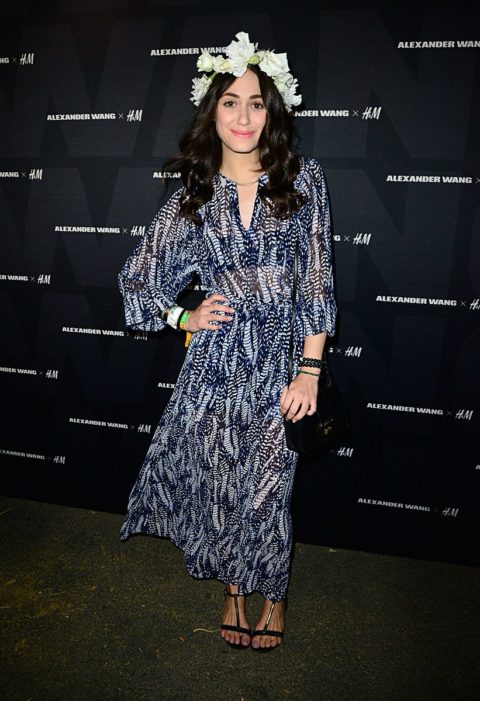 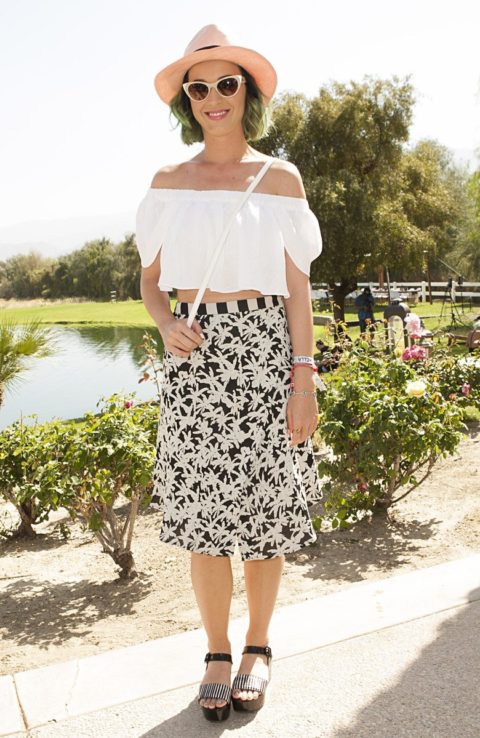 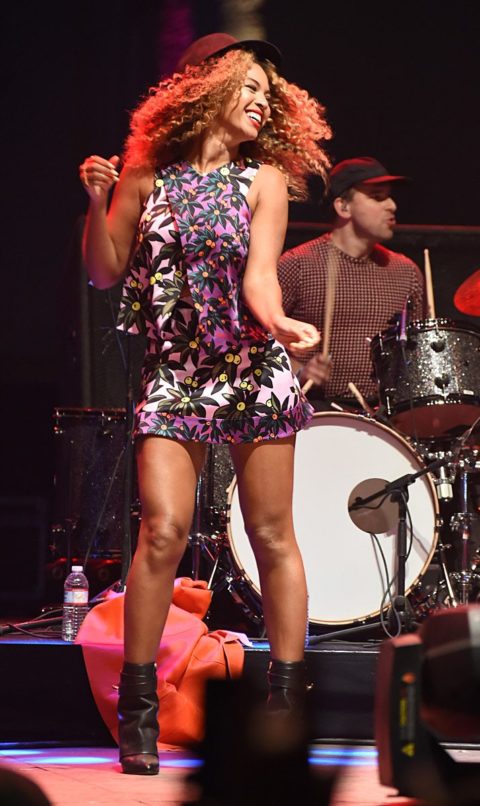 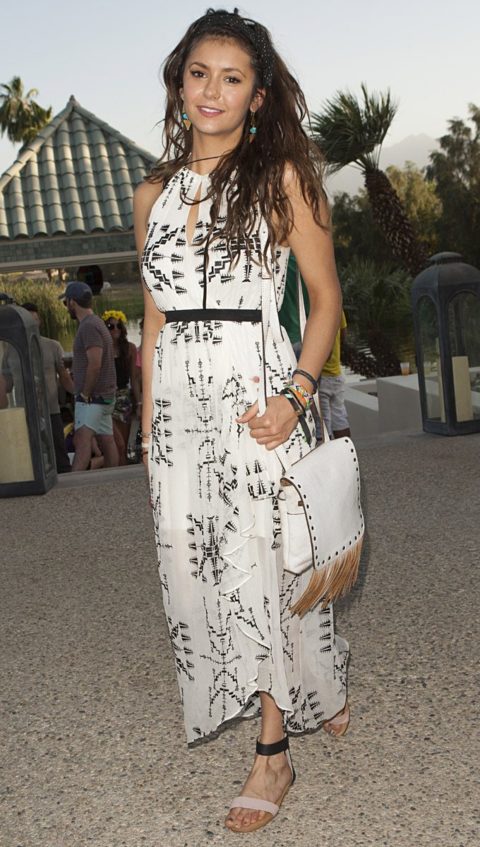 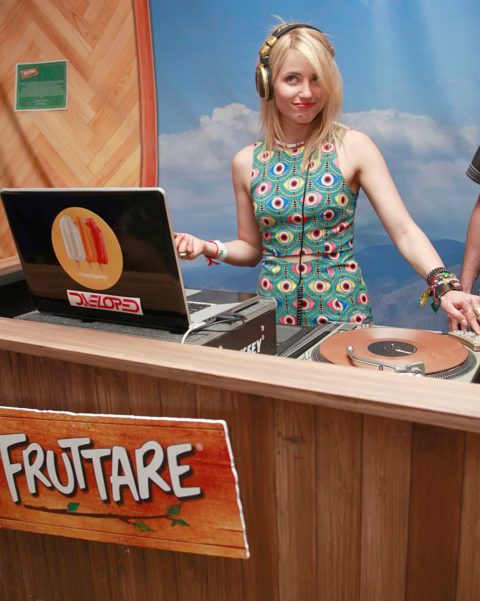 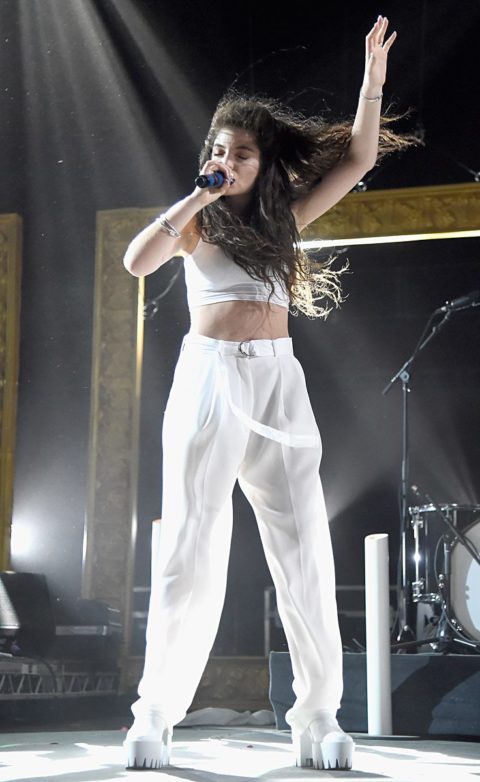 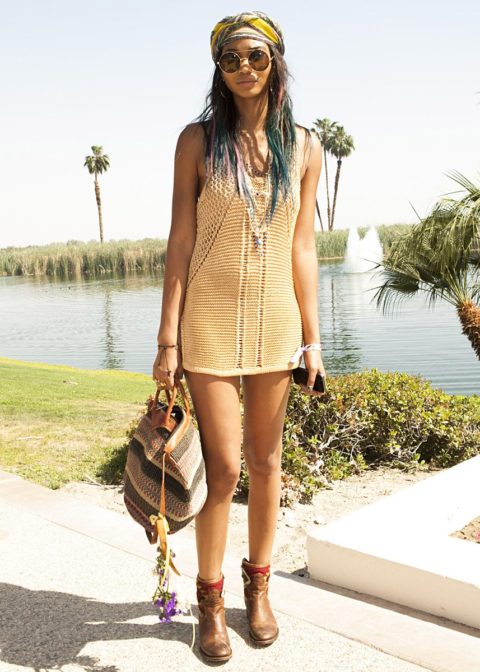 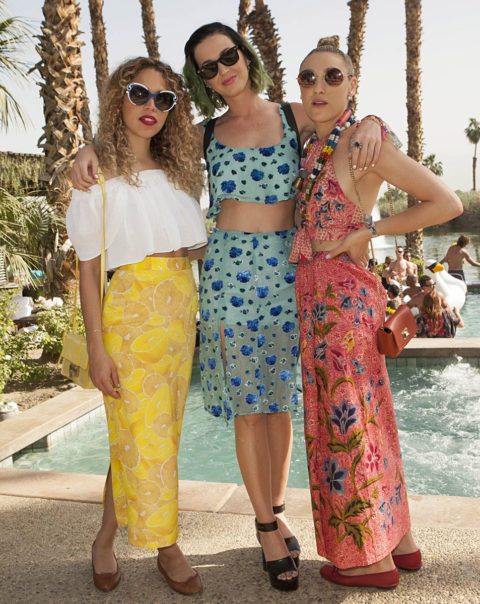 Katie Holmes, Jessica Biel and Kate Bosworth all attended the Tiffany Debut of the 2014 Blue Book in New York City on April 10. Biel looked stellar in a black velvet gown from the Oscar de la Renta Fall 2014 collection, while Holmes opted for a a little black dress by Balenciaga. But it was Bosworth’s silk strapless Katie Ermilio dress that gets our best dressed vote.

Evoking her inner bohemian, Kate Bosworth arrived at the Alexander Wang and H&M Coachella Party on April 12 in a festival-inspired white lace top and skirt, and accessorized with white-heeled sandals and burgundy fringe clutch.

Emmy Rossum arrived at the Alexander Wang and H&M Coachella Party on April 12 in a head-to-toe festival-ready ensemble, complete with flower crown.

Katy Perry was the epitome of “California Gurl” at the Spotify Brunch at Soho Desert House on April 12 in a white flowy crop top and palm tree-print skirt by Kenzo.

Queen Bey danced the night away with lil’ sis Solange onstage at the 2014 Coachella Valley Music & Arts Festival on April 12 in a palm tree-print crop top and matching skirt by Topshop.

Nina Dobrev hangs out at the Soho Desert House on April 13, in a breezy black and white maxi dress, flat sandals and carrying a very on-Coachella-trend fringe purse.

Taylor Swift BFF Dianna Agron played DJ “for a hot minute” in a psychedelic print dress with cropped cut-out and Tory Burch sandals at the Fruttare Hangout at Coachella on April 11.

It’s not Coachella without crochet! Chanel Iman rocks a crocheted mini dress at the Spotify Brunch at Soho Desert House on April 12—but it’s her multicolored pastel highlights that really pull this look together.