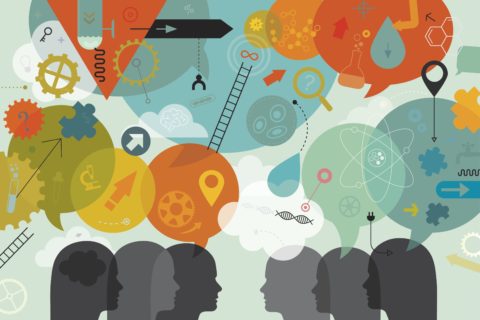 This #InternationalWomensDay, get inspired by these tech trailblazers

I have to be honest, if someone were to ask me what I think a developer or programmer looks like, a certain stereotypical image of a man would form in my mind. And I’m not proud to admit that. But what’s amazing about the five app developers I researched and interviewed for this story is that they’re helping to break those barriers and challenge those stereotypes. They also made me rethink my own relationship with science. In elementary school I loved science, but whenever I was asked what I wanted to be I said princess, ballerina or teacher, while boys in my class responded with scientist, astronaut, and so on. In my conversations with the inspiring women featured here, I was reminded of my own love for science, and felt encouraged to not just speak up for myself but to support and motivate the women in my life to do the same. I didn’t expect to connect with these five unique women to the extent that I have, but I’m grateful for it. Today I stand a little taller.

So here, in honour of International Women’s Day, is a look at five female app developers challenging every notion you ever had about women in science and tech. We chatted with them about their journey to the top of Apple’s app lists and the adversity they had to face along the way. It may not have been an easy road but they’re using their unique voices and positions in the industry to solve problems, bridge gaps, and foster inclusion and community. It’s something that deserves to be celebrated all year round.

The CEO and creative director of Tru Luv, a Toronto-based game design studio, is an innovator changing the rules of her industry. In a gaming world where fight-or-flight is the norm, and reward is provided for enduring tense life-or-death circumstances, Code began to notice a different trend: a lesser known psychological response that human beings have to stress, known as tend-and-befriend. It’s something that can be seen in the way players interact with characters in popular video games and Code wanted to explore it. Her pitch, however, was not received well. “When I presented tend-and-befriend to one of my mentors—and its implication that we could reach new audiences in very big ways—he scoffed at my research and told me that women only need simple experiences and not deep, rich connections with characters.”

She didn’t let that stop her, and instead allowed it to fuel the creation of her own company, and the subsequent development of her app #SelfCare, a sort of embodiment of tend-and-befriend that was released in 2018. “Instead of creating experiences that go from easy to hard, the set of mini-games in #SelfCare go from messy to tidy, awkward to smooth, or disconnected to connected.” The app is more of a companion than a game, featuring a calm bedroom with an AI companion resting in bed, surrounded by various objects that may provide relaxation and mindfulness. Within six weeks of its release #SelfCare reached 500,000 downloads and today, has more than a million users (including myself).

It is important to remind people that the path to success often involves battle scars, especially for women. Code knows this all too well, having endured physical aggression from a colleague who once spit in her face. “He said he hates feminists and that I don’t belong in our industry. I heard he frequently treated women this way, and my bosses took no action when I came to them.” These stories are common and extremely frustrating, but as Code says, “as I became an expert, I realized that while underrepresented people face larger barriers to success, we also have greater opportunities to create the most interesting, innovative, necessary, and revolutionary changes.”

Armed with an engineering degree from the University of Toronto, Huda Idrees has worked with some of the most well-known start-ups in Toronto, from Wattpad to Wealthsimple. “A running theme in all the companies and initiatives I’ve chosen to be a part of is accessibility,” she says. “William Gibson famously said, ‘The future is already here, it’s just not very evenly distributed.'” That’s where Idrees’ concerns lie, in the aim for accessibility and representation, and it eventually led to her launching a healthcare app called Dot Health. The app provides users access to their personal health records in a simple, secure, and portable way, erasing the need for binders, faxes, CDs, and all the other messy health care communication methods that most of us contend with. “Every single person should have access to their health information. How else can they be expected to make the best decisions for their health?”

It’s a frustration we all know too well. Excessive amounts of tests, doctors with too many patients to keep track of, prescriptions we forget to renew. Dot Health takes away the headache by solving the root problem instead of slapping a bandaid on the symptoms. “We’re two years into our journey and we’ve found Dot Health clients can get care faster by not having to repeat tests. They get more out of their doctor visits because they can ask educated questions, and they’re more knowledgeable about what’s going on with their health and can make better decisions to stay healthier.” And much like how her app aims to create a more inclusive, self-aware health care sector, Idrees has the same goal for the tech sphere. “What happens when you create a tech work environment where women and underrepresented minorities are not discriminated against? From that perspective alone, Dot Health has been a raging success. We have an incredible product because it’s been built by an incredible group of people.”

In a world full of dating apps from Tinder to Grindr to eHarmony, Robyn Exton, whom we were lucky enough to speak with during Pride this past summer, saw a missing element—a dating app for the LGBTQ+ community of women. The few apps that did exist for queer women were essentially “really poor versions of websites built for gay men that they just modified and made pink,” she says. They didn’t cut it. So as one does, Exton taught herself to code and created HER, a dating app made just for queer women, which has grown to include a wide spectrum of gender and sexual identifications such as non-binary and pan-sexual.

Since the release of HER, Exton has received many accolades, and she only continues to improve the inclusive platform she worked so hard to develop. “However people want to identify, they can submit to us that that is what they want to express on their profile and we will add it within 10 days to make it available in the app.” Before the networking and friendship elements added to popular platforms like Tinder and Bumble, HER was already offering a unique community element, creating not just romantic connections for its users, but also a social support system. “We have communities inside the app, and sub-communities, relating either to identity or your passions and interests.” Robyn has created a network for people who have frequently been forced to go without one, a safe space where people truly understand each other. “That’s all we want, for people to feel like this is a home they can come back to.”

An experienced game designer and developer, Jane Ji moved to Toronto after developing computer games in mainland China starting in 1994. Now the owner of SpringBay studio and a mother to two boys, Ji has pivoted her focus to the environment. “I strongly felt that I have to do something for a better future for my children and also our future generations,” she says. She saw the potential success that could be found in making an educational iPad app for children, as well as the current lack of games about the environment, and created the iBiome series, starting with ‘Wetland’ in 2014 and the very popular ‘Ocean’ in 2017.

“We want to give kids a powerful interactive learning tool through our apps that will enable them to explore how nature works, understand why we are part of nature, and allow them to simulate what happens to nature with our lifestyles.” And inclusivity is a key element when it comes to both development and the app’s audience. “In terms of inclusivity, everyone is part of our solution for a sustainable future. We share the same planet Earth that we all call home.”

That’s why Ji intends to educate and encourage future humanitarians and scientists, no matter their gender or background. She speaks highly of the Metamorphosis Girls STEM Conference which inspires young girls in Toronto to embrace their interests and talents in the sciences, and of Women in Games, an organization that aims to attract more women to the game industry and support those currently involved. “I think we need to introduce role models that girls can follow, to provide game-making activities that they can participate in, and to experience this media they can use to express their ideas.”

Photographer, activist, and entrepreneur: these descriptors only begin to scratch the surface of the versatile and talented Maayan Ziv. Living with Muscular Dystrophy, she was motivated to make the world a more accessible one for herself and others with disabilities. “Throughout my life, I have often faced barriers when it comes to navigating my community. Being a wheelchair user myself, I am always coming across different obstacles whether I am trying to go to a meeting, an event, or even just grab a coffee.” These barriers to everyday activities are what inspired Ziv to create AccessNow, an app that allows users to track the accessibility of locations worldwide, from restaurants to concert halls. “It’s time to realize that inaccessible places and experiences are not just inconvenient, but they also send a signal that people with disabilities, or anyone who requires accessibility, is not welcome everywhere. To be blunt, inaccessibility, whether intentional or not, is a form of discrimination.”

She aims to raise awareness of this discrimination and start a dialogue that is inclusive, with people of all backgrounds and circumstances encouraged to crowdsource and share information for the app. “At AccessNow our top goal is to build a global movement that can be swift and ever-growing, inviting people of all abilities to contribute to making our world truly accessible. I realized early on that in order to accomplish this vision, people must be included at a grassroots level in the work that we do, so that as a community we are not only invested in creating the change we wish to see in the world, but so that we can do this in the most organic, authentic, and truly connected way.” It has indeed become the connected, growing community Ziv hoped for. Since its release in 2016, AccessNow has become available in 35 countries and has more than 26,000 places pinned, with more pins being placed every day.

Photography by istock
Get the best of FASHION in your inbox Thanks for signing up!
The latest fashion, beauty and celeb news delivered right to your email #FASHIONforall Now, check your inbox to complete your subscription
We won’t ever use your email address for anything else
Want even more FASHION? Follow us on social media.