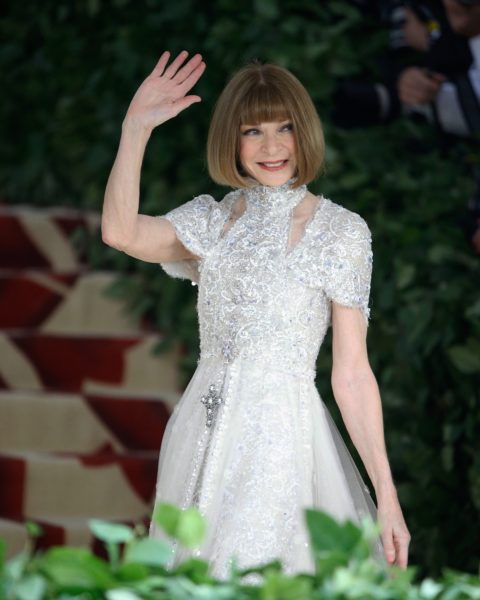 It was 30 years ago that Anna Wintour released her first cover as editor of Vogue. “Has there been a mistake?” she recalled someone from the printers asking. That 1988 cover was a switch-up from the usual, a departure from the close-up glamour shots of previous years, and a springboard that launched a brand new look for the magazine.

It hasn’t come out yet, but this year’s September cover has already generated plenty of rumours, with whisperings of change on the horizon. Beyoncé who graces the September issue has apparently asked for unprecedented control over the process.

It’s interesting that Wintour, whose influence can generally be seen and felt on every page of the magazine, has never seemed a laissez-faire individual. And yet, with this new cover–and the September issue, no less–she’s apparently ready to give up her creative control. This shake-up obviously has people wondering if there’s also a shake-up happening behind-the-scenes. Could this mark the end of three decades of “Nuclear Wintour”?

Not if Condé Nast has anything to do with it… The company spoke out on Tuesday about how they don’t see Wintour leaving any time soon (or ever, for that matter).

“Anna Wintour is an incredibly talented and creative leader whose influence is beyond measure,” Condé Nast tweeted. “She is integral to the future of our company’s transformation and has agreed to work with me indefinitely in her role as @voguemagazine editor-in-chief and artistic director of Condé Nast.”

The quote is attributed to Bob Sauerberg, CEO at Condé Nast.

Statement from Bob Sauerberg, CEO, Condé Nast: "Anna Wintour is an incredibly talented and creative leader whose influence is beyond measure. She is integral to the future of our company's transformation and has agreed to work with me indefinitely…" 1/2

"…in her role as @voguemagazine editor-in-chief and artistic director of Condé Nast." 2/2

This isn’t the first time the company has squashed rumours about Wintour’s alleged departure, but this particular cover has “major send-off” vibes written all over it. Additionally, four sources have spoken up and said this issue will likely be Wintour’s last. It’s not hard to see why they’d say that, it’s a groundbreaking cover, after all, and one that would make for a perfect swan song.

At the end of the day, who really knows what to believe? All we can say is “indefinitely” is an awful long time.

Photo by John Lamparski/Getty Images
Get the best of FASHION in your inbox Thanks for signing up!
The latest fashion, beauty and celeb news delivered right to your email #FASHIONforall Now, check your inbox to complete your subscription
We won’t ever use your email address for anything else
Want even more FASHION? Follow us on social media.