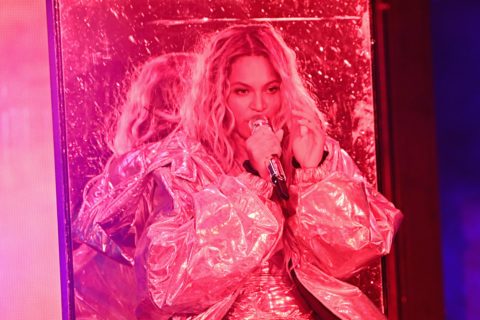 From her 2016 magnum opus Lemonade, hailed as an “artistic triumph,” to her magnum opus Lemonade to her breathtaking performance at Coachella earlier this year, Beyoncé continues to shatter the status quo in entertainment. This time, she is singlehandledly responsible for an incredible milestone in the history of Vogue magazine. Sources say that Beyoncé will appear on the cover of the September issue of Vogue – rumoured to be Anna Wintour’s last – in photos shot by the 23-year-old Black photographer Tyler Mitchell, who has already shot for such high-profile clients as Marc Jacobs and Givenchy. This will be the first cover in Vogue’s 126-year history shot by a Black photographer.

According to sources who spoke to the Huffington Post, Beyoncé was given “unprecedented control” over the images of her that will appear for the magazine, and declined to be interviewed for the cover story, instead opting to write “long form captions” for each of the pictures. Beyoncé most recently appeared on the cover of Vogue in 2015 and similarly declined to be interviewed for the story.

The Queen of Pop deserves all the snaps for this incredible move. It’s about time!

Photography by Larry Busacca/PW18/Getty
Get the best of FASHION in your inbox Thanks for signing up!
The latest fashion, beauty and celeb news delivered right to your email #FASHIONforall Now, check your inbox to complete your subscription
We won’t ever use your email address for anything else
Want even more FASHION? Follow us on social media.