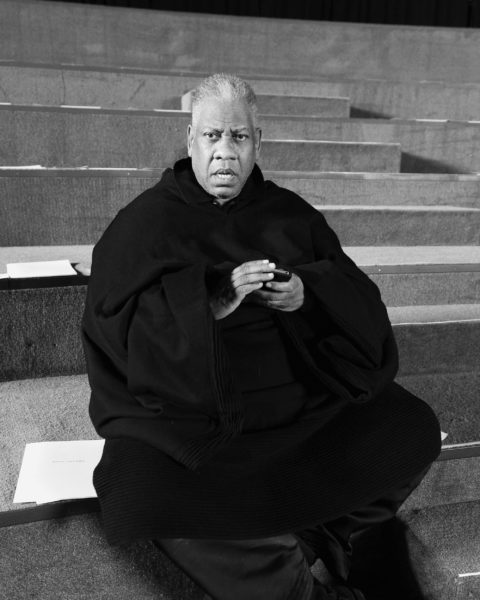 A "one man style encyclopedia," the inimitable figure leaves behind a complicated legacy.

André Leon Talley, who died January 18 at age 73, was the poster boy for a bygone era of fashion media, when the focus was on designers and their craft, and when knowledge of fashion history was a valued asset. “He was a one man style encyclopedia,” Toronto writer Shinan Govani declared on Instagram to mark the death of André Leon Talley.

When he was travelling the runway circuit as an editor for American Vogue, Talley’s assessment of a collection was often a lesson in fashion history, with references to Cristobal Balenciaga’s innovative silhouettes, or how Yves Saint Laurent revolutionized women’s dress. His observations were always delivered with excitement and appreciation, rather than the dry tone of an academic. Everything was, “Fabulous, darling!” – even the most head-scratching ensemble because he was unconditionally supportive of creativity. And his endless enthusiasm was infectious.

As Talley’s stature grew in the fashion world, his mere presence at an event made it significant. He became an icon, even before he started wearing colourful Daniel Day caftans to cloak his girth, a result of the emotional eating that started after the grandmother who raised him died. At six foot six, he literally took up more space than anyone in the room. And yet, he seemed more interested in the people around him, charming socialites and encouraging young people who approached him to follow their dreams.

The 2017 documentary The Gospel According to Andre and the publication of his 2020 memoir, The Chiffon Trenches, shed light on the pain behind Talley’s rise to the top. He was born in Durham, N.C. and grew up at a time when segregation still existed. He was sexually abused when he was a boy, tormented for being Black and stoned by students at Duke University on one of his weekly walks to buy fashion magazines. His most valuable education began when he interned with Diana Vreeland at the Metropolitan Museum’s Costume Institute, and he landed at Vogue in 1983 where he held various titles, ending with editor-at-large.

Through his film and autobiography, we also learn how behind his back in Paris he was called Queen Kong, a term coined by Clara Saint, a publicist for Yves Saint Laurent. “There’ve been some very cruel and racist moments in my life in the world of fashion,” Talley expressed. “Incidents when people were harmful and mean-spirited and terrifying.”

After leaving Vogue, he seemed to grow lonely and bitter, calling the fashion world, “a vicious cruel beast.” He didn’t seem to understand the need for the budget cuts that were gutting the magazine industry, expressing horror that legendary editor Grace Coddington should have to line up for a taxi at the Paris airport. He came across as egomaniacal and entitled, which is unfortunate because given his wit and intelligence, and how dedicated he was to elevating others both at Vogue and through his support of the Savannah College of Art and Design, one would have hoped for a more serene retreat from centre stage. He certainly deserved it.