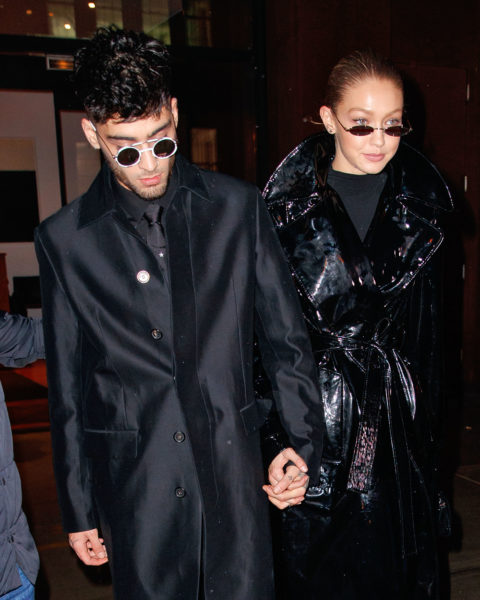 We’re just as confused as you.

Supermodel extraordinaire Gigi Hadid and her boy band boyfriend Zayn have split once again after a supposed Hadid-Malik family argument sure to send fan pages of the world spiralling.

TMZ first broke the news of the argument on October 28. Unnamed sources told the tabloid that Zayn Malik had allegedly struck Hadid matriarch and former Real Housewives star Yolanda Hadid last week, and that the mom of symmetrically-faced trio Gigi, Bella and Anwar was thinking of filing a police report.

Later that day, Zayn posted your standard-issue celeb notes app screenshot to Twitter, writing: “As you all know I am a private person and I very much want to create a safe and private space for my daughter to grow up in. A place where private family matters aren’t thrown on the world stage for all to poke and pick apart. In an effort to protect that space for her I agreed to not contest claims arising from an argument I had with a family member of my partner’s who entered our home while my partner was away several weeks ago.”

Still with us? Zayn’s message insinuates that the aforementioned TMZ source may not have been a leak at all. Since the birth of Khai, Zayn and Gigi have strived (and mostly succeeded) to protect her from the public. If we’re left to read between the lines of his letter, the former One Direction member appears to agree an argument occurred after Yolanda allegedly entered his and Gigi’s home where the couple’s one-year-old daughter was present while Gigi was away.

This is where the timeline gets…confusing. Updated reports from TMZ say the couple actually broke up a month ago, and that the argument took place Sept. 29. Zayn also told TMZ he denies striking Yolanda, but later reports say he was in fact charged with four criminal offences and plead guilty to one.

In a statement to Entertainment Tonight, a rep for Gigi said: “Gigi is solely focused on the best for Khai. She asks for privacy during this time.”

This feels like the end of a tumultuous relationship for the on-again off-again couple, who first began dating in 2015 but broke up in 2018, only to get back together a month later. Reports then surfaced that the pair split in January 2019 (does it ever drive you crazy/just how fast the night changes?) and rekindled their romance once again in December. In April, Gigi confirmed her pregnancy with Zayn, and Khai was born in September 2020.

We await more clarity on the unfortunate breakup as more news is sure to find its way to our feeds in the coming weeks.