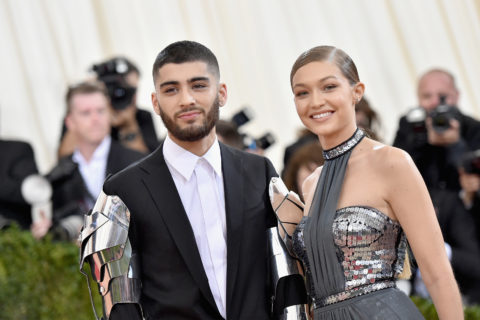 We're celebrating by taking a look at some of their most stylish moments.

Gigi Hadid has confirmed she is pregnant with her first child with long-time boyfriend Zayn Malik. After rumours began circulating over the past few days, Hadid appeared on Jimmy Fallon’s The Tonight Show to confirm the happy news. “Obviously, we wished we could have announced it on our own terms but we’re very excited and happy and grateful for everyone’s well wishes and support,” she told the host. Hadid, who just celebrated her 25th birthday, shared no further details, save for the fact that she’s craving everything bagels right now.

To celebrate, we’re taking a look back at some of their most stylish moments from across the years. The pair started dating back in late 2015, before ending their relationship in March 2018 and then reconciling later that year, remaining together ever since. So, as is to be expected, there’s been no shortage of stellar style moments during these past five years. Here, we take a look at 18 of the best Gigi and Zayn style moments: 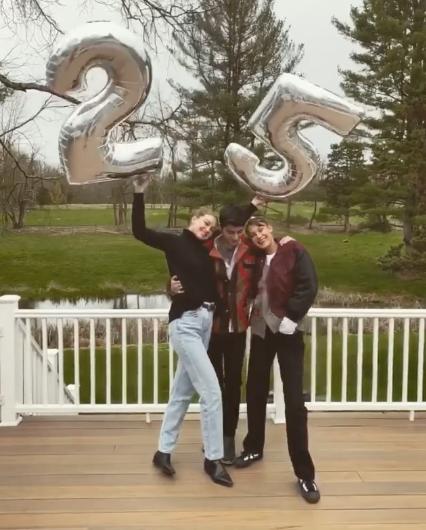 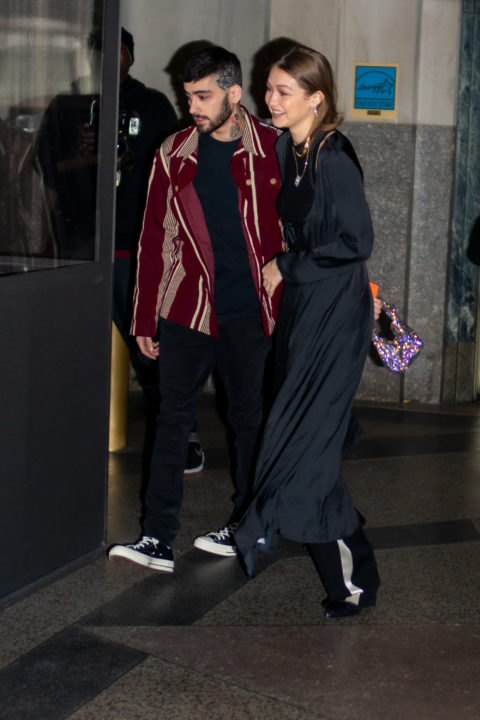 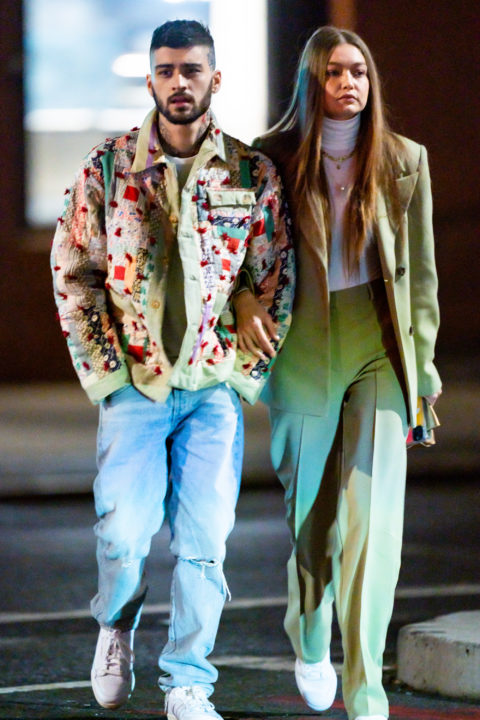 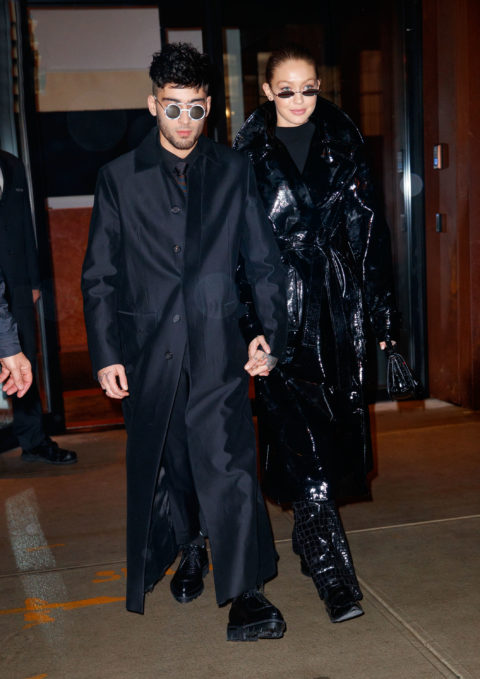 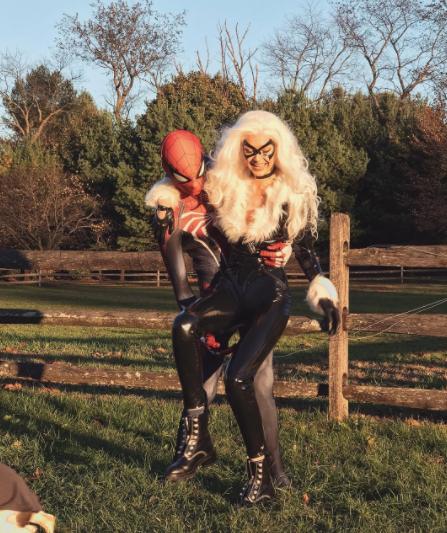 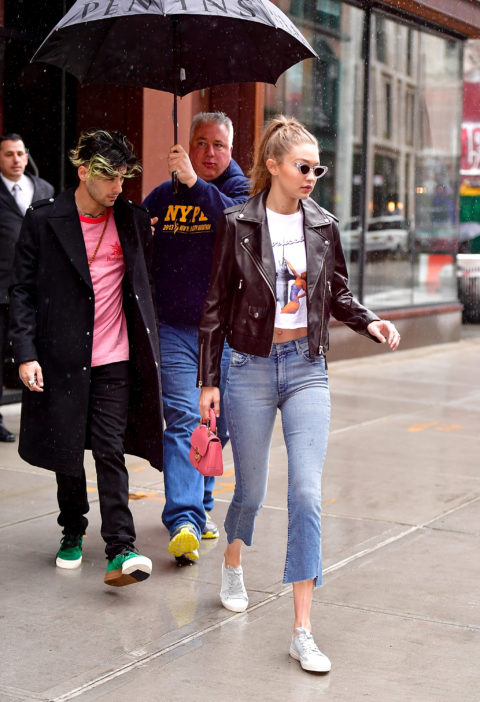 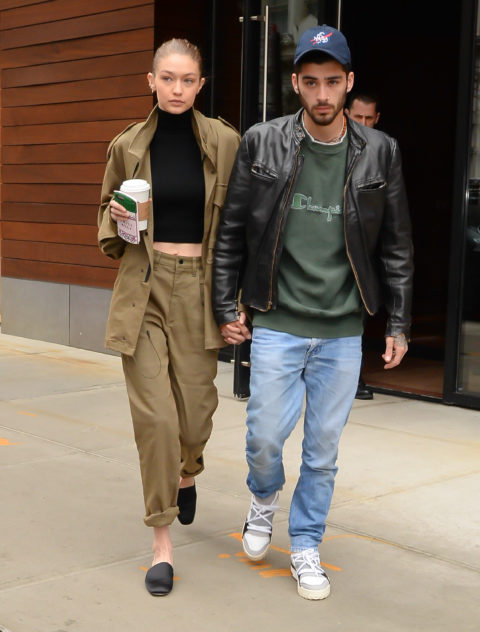 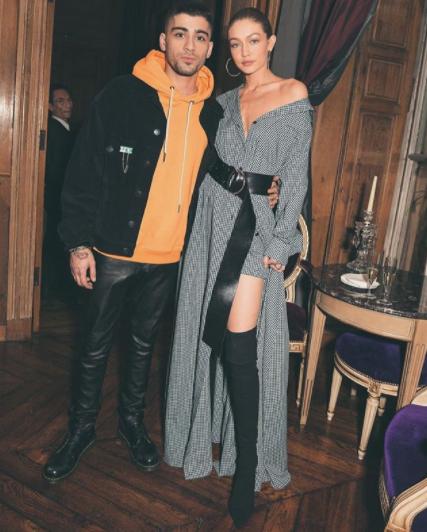 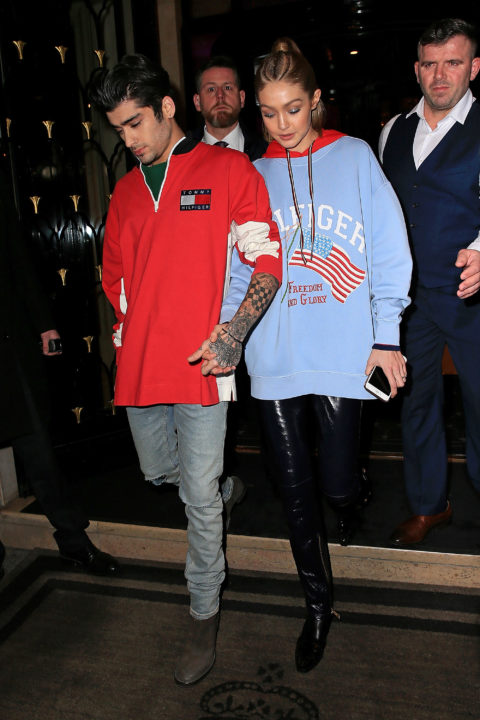 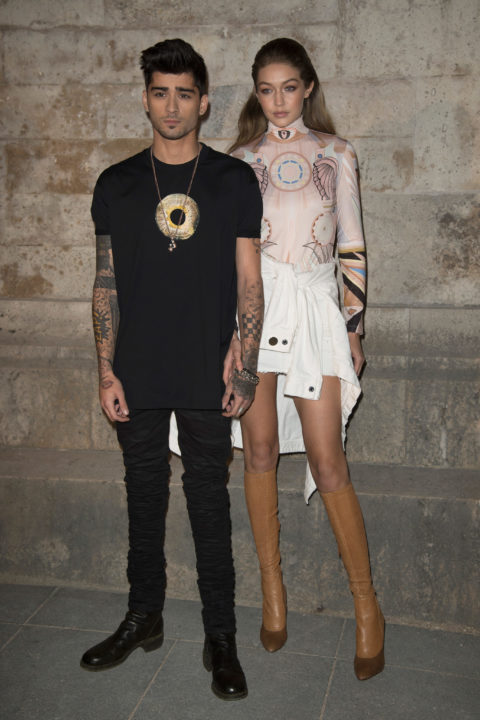 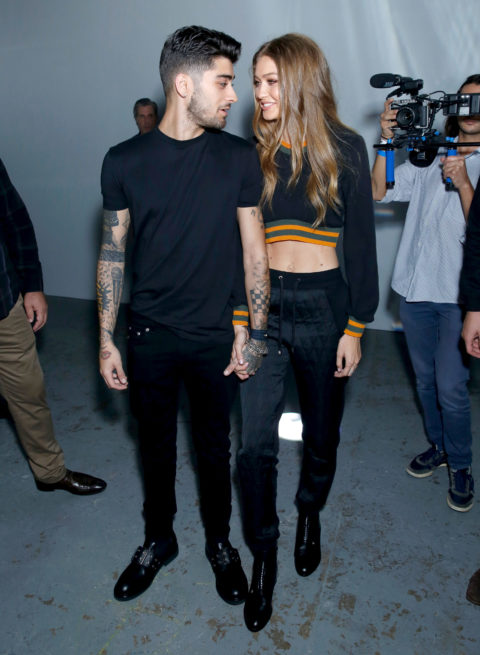 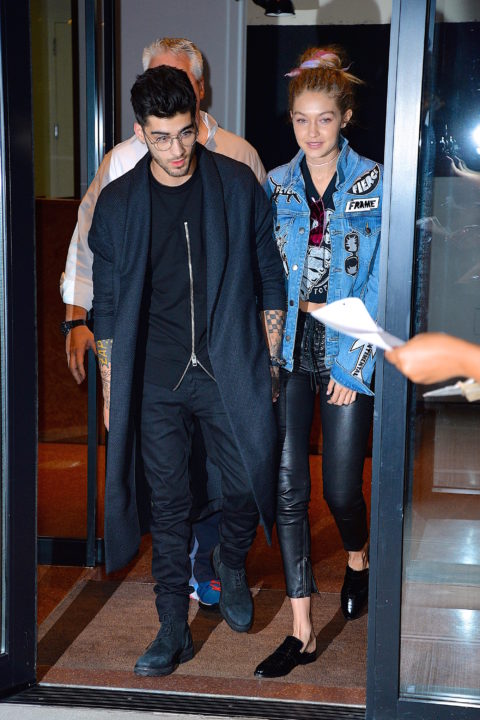 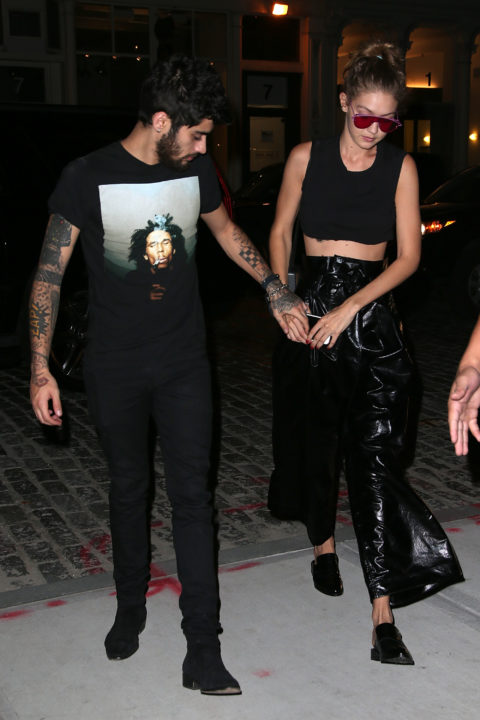 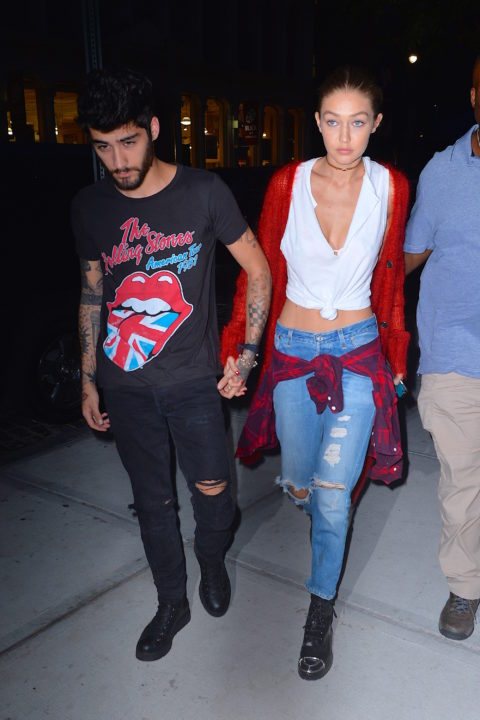 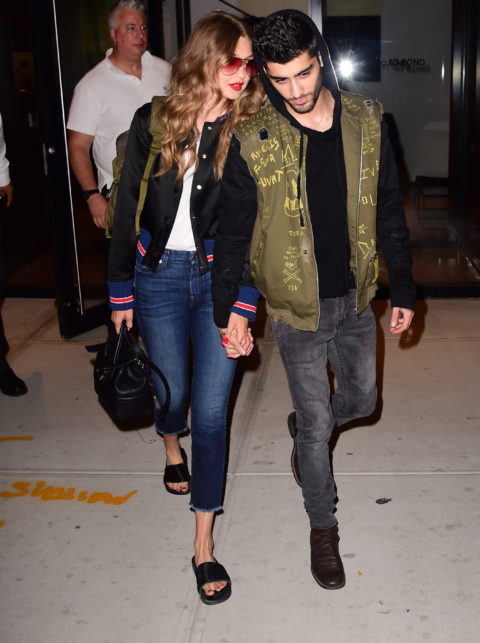 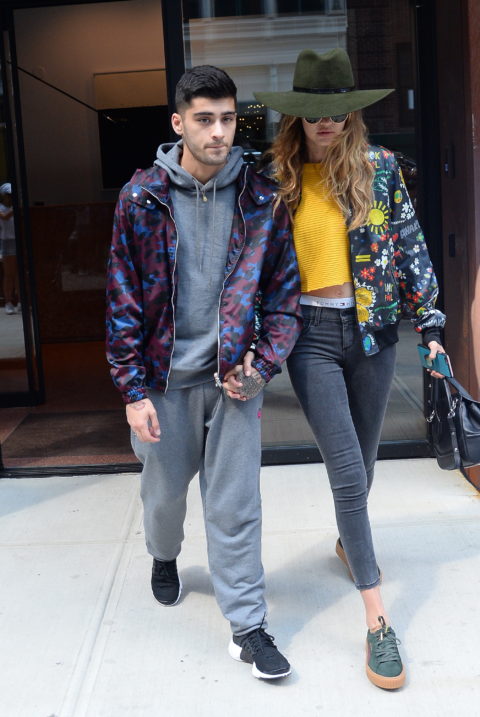 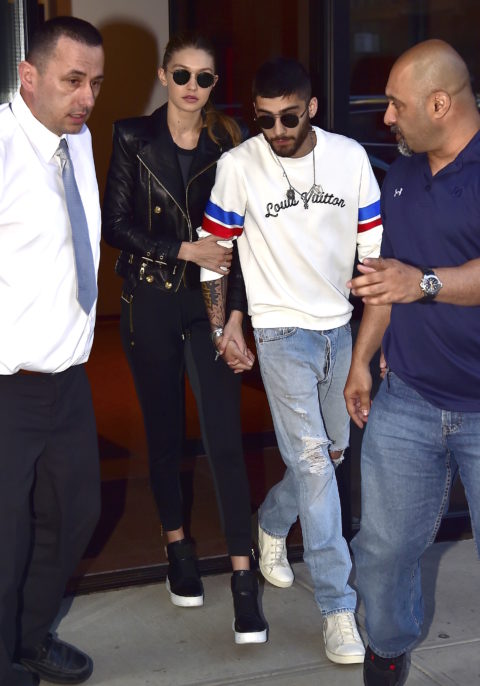 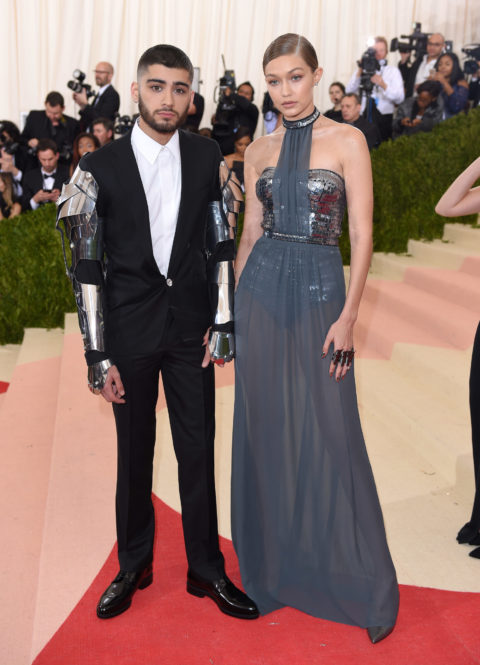 For their last public outing of 2020, Gigi opted for a sleek silk look (and v cute sparkly purse) while Zayn accented his monochrome look with a wine-red jacket.

This is an A+ lesson in couple coordination: Zayn’s printed jacket perfectly incorporates the green hue of Gigi’s power suit, resulting in a seriously stylish moment.

Taking their inspo from The Matrix, Gigi and Zayn both rocked head-to-black looks for this outing in NYC.

And the cutest couple on Halloween award goes to: Spiderman and Catwoman, naturally.

These two do casual cool like no-one else. We love Gigi’s classic jeans, tee and leather jacket combo and Zayn’s bright pink tee ties in with Gigi’s handbag.

Opting for greens in different hues, the pair looked cool and relaxed as they stepped out in New York.

There’s literally nothing we don’t love about this look. Zayn’s orange hoodie and leather pants combo is a knockout, and Gigi’s tailored asymmetrical dress and boots is equally as cool.

The King and Queen of athleisurewear, Gigi and Zayn both rocked Hilfiger sweaters for this outing.

The pair sat front row for Givenchy’s S/S17 show and brought their style A game.

Zayn’s love of the black tee and jeans combo is well documented, and Gigi pulls off this athleisure-inspired ensemble with ease. Also, can we just take a moment to appreciate how cute this photo is?

Heading out of their apartment in NYC, Zayn rocked an(other) all-black ensemble, whilst Gigi opted for rock-inspired elegance with a printed tee and patch-adorned denim.

These two love a monochrome moment and we’ll never get sick of Gigi’s crop and leather trousers, or Zayn’s printed tee.

Wondering how to elevate jeans? Example and A and B right here.

Stepping out in NYC, Zayn gives his loungewear a stylish update with a printed bomber (an idea for your next video call, perhaps?) whilst Gigi expertly colour coordinates from head-to-toe.

The pair’s love of leather and cool sweatshirts is undeniable, and both Gigi and Zayn pull off their respective looks with ease.

The 2016 Met Gala marked the first time the pair appeared together on a red carpet. They nailed the appearance, with Zayn’s Versace look perfectly complementing Gigi’s Tommy Hilfiger dress.