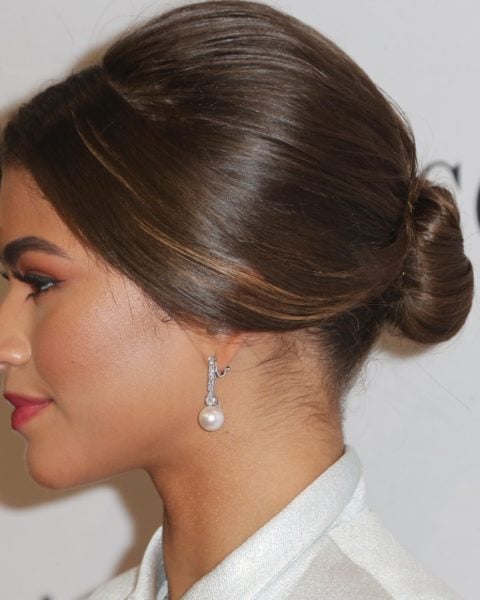 Take a moment and think back to what you were doing when you were 17 or 18. For most normal people at that age, their biggest responsibilities were going to class, maintaining relationships, and perhaps working a part-time job or participating in extracurriculars.

Celebrities, of course, aren’t like normal people. There’s a ton of extra pressures that come with all the perks of being famous, such as being expected to be a role model for young people and having all of your actions watched and discussed by the world. Some celebrities have a hard time dealing with this pressure (understandably). Others, however, truly rise to the occasion and decide to use their fame and influence for good.

It takes a special kind of person to be able to do the latter at a young age, but Zendaya Coleman is only 19 years old and has already proven herself to be influential in the best way several times over. Time Magazine recently named her as one of the most influential teens of 2015, and we have to say we wholeheartedly agree. Read on for all the ways that this young star has impressed us with her poise, intellect, and, it must be said, spot-on fashion sense. We can’t wait to see where she goes from here.

Her fashion and beauty game is strong

Zendaya really started to earn a spotlight separate from her Disney show when she started showing up to red carpet events in attention-grabbing outfits. Often adventurous but never gimmicky, Zendaya’s strong sense of style solidified her as one to watch. We were so enamored of her ability to pull off everything from sleek gowns to colorful prints that we named her one of our best-dressed celebs of 2015. It also doesn’t hurt that her beauty game is always on-point as well, whether it’s flawless makeup that has her mentioning the possibility of her doing makeup tutorials on Instagram (don’t tease us, Zendaya!) or her ever-changing hairstyles.

She created her own shoe line (and it’s fabulous)

Most 18 year old girls don’t get to design their very own shoe line but if any girl deserves it, it’s Zendaya. Her shoe line, Sole of Daya (a collaboration with her stylist Law Roach), is coming out this spring. Not only does she have flawless fashion taste, but she also had the maturity to give the collection the thoughtfulness that it needed to succeed. She started her research by asking the women that inspire her, like her sister and her niece, what they look for in a shoe. Keeping real women in mind, she included comfortable heels like wedges and even some flats. She also kept the line accessible for most women by keeping it affordable, with all of the shoes under $200. Finally, she also urged tall women to embrace their height and not shy away from heels (Zendaya herself is 5’10”).

Zendaya found herself in the midst of controversy after the 2015 Academy Awards and the way that she handled it showed a wisdom beyond her years. After E!’s Fashion Police host Giuliana Rancic made a comment about Zendaya’s dreadlocks looking like they’d smell of weed and patchouli, Zendaya replied with this thoughtful and eloquent Tweet. Her response wasn’t just about sticking up for herself (an important lesson for young women in its own right) but also about fighting against the ignorant stereotypes that perpetuate racism.

She also called out misleading Photoshop

Racism isn’t the only battle that Zendaya has publicly taken on. She also stood against the air of body-shaming that results from egregious Photoshop. When Modeliste Magazine shaved inches off of Zendaya’s hips and torso, the 19 year old posted the Photoshopped version next to the original photo on her Instagram. She told her 20 million followers: “These are the things that make women self conscious, that create the unrealistic ideals of beauty that we have. Anyone who knows who I am knows I stand for honest and pure self love.” With that simple act, Zendaya made so many young girls have that lightbulb moment of realizing that not every celebrity in a magazine really looks like that–and that it’s OK to look like yourself.

Mattel made a Barbie Doll in her image

Besides a greater awareness of how not to talk about African American hair, one good thing that came out of the 2015 Oscars controversy was that we got a Zendaya Barbie doll out of it. Calling Zendaya a role model, Mattel created a Barbie that was an exact replication of her 2015 Oscar’s look–yep, right down to the famous dreadlocks. The doll, Mattel spokesperson Michelle Chidoni explained, “commemorates that particular red carpet look where [Zendaya] had a moment of confidence that was so positively received.” Sadly there’s only one copy of the doll as of right now and it belongs to Zendaya. Fingers crossed Mattel mass-produces the Zendaya doll in the near future!

In the first month of 2016, Zendaya landed a contract with CoverGirl as a Brand Ambassador–no doubt due to her unique look and her willingness to experiment with hair and makeup. Of course, her inner beauty played a part as well. CoverGirl lauded Zendaya’s history of standing up for her beliefs, and Zendaya herself stated that she can’t wait to “work alongside CoverGirl to continue empowering girls and women to celebrate their individuality.” We can’t think of anyone better suited to that task.

LOS ANGELES, CA - NOVEMBER 14: Honoree Zendaya attends Glamour Women Of The Year 2016 at NeueHouse Hollywood on November 14, 2016 in Los Angeles, California. (Photo by Frederick M. Brown/Getty Images)
Get the best of FASHION in your inbox Thanks for signing up!
The latest fashion, beauty and celeb news delivered right to your email #FASHIONforall Now, check your inbox to complete your subscription
We won’t ever use your email address for anything else
Want even more FASHION? Follow us on social media.