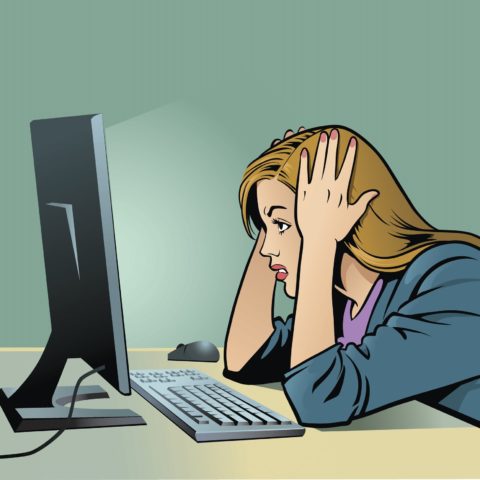 Late Monday night, a social media influencer shared a four-second audio recording of a single word, along with a seemingly-benign poll: is the word being said ‘Yanni’ or ‘Laurel’?

And just like that, what you might have once considered unassailable—your ability to hear, process and assimilate something without a hitch, thank you very much—is up for debate. (And it’s not just a question of one or the other; some people are reporting hearing both, when played at different times and/or on different devices. According to a linguist in a piece for the Atlantic, “by changing the pitch of the recording, you could adjust what you heard.”) Of course, this isn’t the first time we—and by that I mean the Internet—have been divided over matters of perception. You may remember a little dispute in 2015 over “the dress,” the one whose colours no one could conclusively agree on. (I’m Team White & Gold, in case you were wondering.) Optical illusions are nothing new either; they’re age-old phenomena that we’ve come to accept, if not entirely understand, as a “trick of the eye.” But auditory illusions? In which two people sitting right next to each other listening to the same recording at the same time on the same device can hear two wildly different things? Well, that’s some Trump-era manipulation right there. (Insert alternative facts joke here. Except it’s not funny. It’s really not.)

So of course 2018 was going to be the year of Laurel vs Yanny. Versions of this debate (albeit far more serious ones) have been playing out since 2016, also known as the year the unthinkable happened. Ever since, the United States—nay, the world—got split into two near-clean factions: pro-Trump and anti-Trump. Two sides that staunchly believe in the integrity of what they see and hear, and are adamant (even outraged) that there could be another faction that sees things differently… sound familiar?

it's so clearly laurel. I can't even figure out how one would hear yanny.

But honestly, in this era of real news vs fake news, is it really a surprise to be confronted with something that presents itself as fact, but whose veracity can’t actually be taken for granted? After all, we now live in a world where anything true can be declared “fake” if we don’t agree with it, and things that seem true might in fact be spurious.

The Fake News Media is reporting that You hear Laurel, when it’s Obvious that it’s YANNY! SAD! pic.twitter.com/N6tKSz8rNL

So, like with everything you see, read or hear in this time of Trump, take it with a grain of salt. Question everything. Even yourself.

Photography via istock
Get the best of FASHION in your inbox Thanks for signing up!
The latest fashion, beauty and celeb news delivered right to your email #FASHIONforall Now, check your inbox to complete your subscription
We won’t ever use your email address for anything else
Want even more FASHION? Follow us on social media.