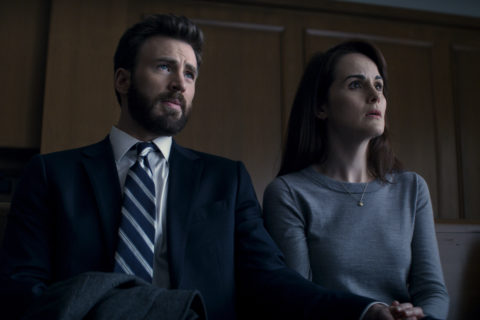 We’ve got a lot of time on our hands right now. Here are all the movies and television shows we can’t wait to stream in April 2020.

#blackAF
Kenya Barris, the creator of black-ish and grown-ish, stars in this new comedy series inspired by his own life. The show follows him and Rashida Jones, a couple “with new money and expensive tastes,” as they and their family navigate success and explore the struggles of being unapologetically black and wealthy. Available April 17

Never Have I Ever
A coming-of-age comedy series about the life of a first-generation Indian American teenage girl, this show is inspired by creator Mindy Kaling’s own childhood. Indian-Canadian actress Maitreyi Ramakrishnan plays the lead, and was chosen out of thousands in an open casting call to play the role. “Maybe like 10,000 people got the callback,” the Mississauga-born actress told NOW Toronto. “I was like, ‘Whatever, it’s not that special.’ But when I got the email saying ‘Can you come to L.A.?’, me, my best friend and my whole family flipped out.” Available April 27

Love Wedding Repeat
This romantic comedy about the power of chance and fate depicts alternate versions of the same wedding unfolding over and over. Sam Claflin stars as Jack, who juggles difficult guests, unbridled chaos and the return of the girl who got away, as he attempts to give his sister the perfect wedding. The film also stars Olivia Munn, Freida Pinto, Eleanor Tomlinson and Aisling Bea. Available April 10

Defending Jacob
Starring Chris Evans and Downton Abbey’s Michelle Dockery as a couple whose teenage son has been accused of murder, this crime drama is based on a New York Times bestselling novel. The eight-episode limited series follows assistant district attorney Andy Barber (Evans) who finds himself torn between his sworn duty to uphold justice and his unconditional love for his son Jacob (played by It’s Jaeden Martell). The show also stars Cherry Jones, Pablo Schreiber, Betty Gabriel and JK Simmons. Available April 24

Tales From the Loop
This sci-fi series follows a town and its population who live around “The Loop,” a machine built to unlock and explore the mysteries of the universe, making things possible that were previously relegated only to science fiction. Based on the acclaimed work of Swedish artist Simon Stålenhag, the series stars Rebecca Hall, Paul Schneider and Jonathan Pryce. Available April 2

The Lighthouse
A fitting film for our current self-isolated times, The Lighthouse tells the story of two lighthouse keepers on a tiny island they can’t get off of. Starring Willem Dafoe and Robert Pattinson, the black-and-white film portrays their slow descent into madness with only each other as company, and was critically acclaimed for its eerie storytelling and evocative visual imagery. (Catch our interview with the film’s costume designer here.) Available April 6

Run
Created by Phoebe Waller-Bridge and Vicky Jones, the team behind Fleabag, this romantic comedy/thriller stars Emmy winning actress Merrit Wever as a woman who walks away from her ordinary life to go on the run with her college boyfriend, played by Tony nominee Domhnall Gleeson. Their adventure begins when the two of them decide to honour a 17-year-old pact in which they promised to take off together on a road trip across America if either of them texted the word “RUN” to the other. Available April 12

Insecure: Season 4
Season 4 of this hit HBO show sees its characters navigating new, previously unexplored phases of their lives. Issa (Issa Rae) pursues a passion project she actually cares about, Molly (Yvonne Orji) navigates a real relationship for the first time, Lawrence (Jay Ellis) figures out what levelling up means for him, and Tiffany (Amanda Seales) adjusts to life as a new mother. Available April 12

ICYMI, Crave is offering a 30-day free trial for new subscribers until April 30.

image courtesy apple
Get the best of FASHION in your inbox Thanks for signing up!
The latest fashion, beauty and celeb news delivered right to your email #FASHIONforall Now, check your inbox to complete your subscription
We won’t ever use your email address for anything else
Want even more FASHION? Follow us on social media.