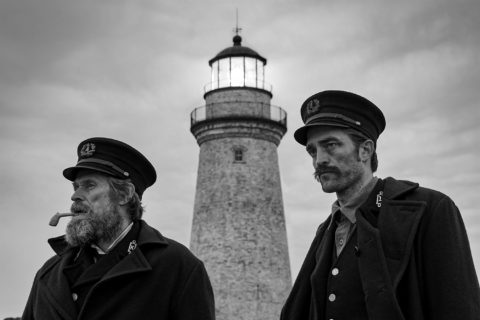 Meet the Canadians Behind Some of Your Favourite Film & TV Costumes

They've worked on projects like The Shape of Water, The Lighthouse, Superfly and Anne With An E.

More than 30 years ago, when Oscar-nominated costume designer Luis Sequeira got his start in film and television, the scene in Toronto looked very different from the thriving, buzzy business it is today. “It was a very, very small industry,” says Sequeira, who is back in Toronto after spending three weeks in Europe sourcing vintage fabrics and buttons for Guillermo del Toro’s next film, Nightmare Alley. Most film companies in the late ’80s would bring creative teams up from the United States with them. “It took a lot of perseverance and hard work to get producers to start using local designers,” he says.

Eventually they did, and the industry swelled as more and more Canadian costumers, fashion designers and creative talents joined its ranks. Sequeira, whose Academy Award nomination came in 2018 for his work on del Toro’s The Shape of Water, was also a founding member of the Canadian Alliance of Film & Television Costume Arts & Design (CAFTCAD), an organization that has been integral to the industry’s success in Canada. The Toronto-based non-profit, established in 2008, helps costume designers build a network and make connections in a notoriously insular world.

“When I started in the business, there wasn’t anyone else like me,” says Jamaican-Canadian costume designer Antoinette Messam, another founding member of CAFTCAD, whose recent projects include Creed, Superfly and Hold the Dark. “It was challenging because I felt the shift in energy when I walked into a room and they realized that the name Antoinette Messam belonged to not a white Frenchwoman but actually a black woman. I felt it was imperative that I get to a place where I had an agent as a middleman so that I wasn’t mistaken for a courier when I walked in with my port­folio—which has happened.”

Following a stint as a stylist for music videos, Messam broke into costume design in the early ’90s, when the Toronto film industry was “booming,” according to fashion designer Izzy Camilleri. At the same time, however, fashion retail was struggling partly as a result of the stock market crash of 1987. So many designers, like Camilleri and Sequeira (who was running his own label and a store), turned to costume design for films and television.

“The thing about film that I find interesting is that it is a community, whereas for me and my store, it was very solitary,” says Sequeira.

Camilleri put her own fashion line on hold and began creating custom pieces—from leather jackets to corsets to frock coats—for screen projects such as The Devil Wears Prada, Cosmopolis and The Wrestler, something she continues to do to this day, in addition to working in fashion outside the film industry. Sequeira, meanwhile, transitioned smoothly out of fashion design and into the world of costume. “The thing about film that I find interesting is that it is a community, whereas for me and my store, it was very solitary,” he says. “I like that sense of working on a team, of walking into an empty space and then three months later you have a world created. And when you’re done, all that gets sold or sent away and you’re back with your empty space. There’s something inherently thrilling for me about that.”

It makes sense, then, that as someone who thrives within a community, Sequeira actively pushes for his network to grow, giving opportunities to young talents like jewellery designer Alynne Lavigne, whose big break was on The Strain, a television series for which Sequeira designed the costumes. “I definitely give credit for being able to leave waitressing to Luis and to him telling other people about me,” says Lavigne, who co-runs the jewellery brand Par Ici in addition to working on screen projects under the banner A. Marie Costumes. She has crafted jewellery for cult TV hits like American Gods and What We Do in the Shadows, which had her designing medallions for “famous TV vampires” like Tilda Swinton and Evan Rachel Wood. Paria Shirvani, a costume buyer on sci-fi projects like Titans and Star Trek: Discovery, has also commissioned custom pieces by Lavigne. Creating costumes that look like they’re “not from this world” is one of her greatest creative pleasures. “I love researching new technology in fabric development, sourcing cutting-edge tech that isn’t easily accessible in Toronto and collaborating with vendors who can aid in creating special techniques like laser-cut leather or embossed fabrics,” says Shirvani.

Costumers like Sequeira, Messam and Linda Muir—whose most recent film project, The Lighthouse, received rave reviews after showing at Cannes and the Toronto International Film Festival—are stalwarts in the thriving Canadian industry. We caught up with them, and another, Anne Dixon, to find out more.

First project: Friday the 13th: The Series (1987–1990)
Most surreal career experience: The awards circuit for The Shape of Water, for which he was nominated for an Oscar, a BAFTA and a Critics’ Choice Award and won a Costume Designers Guild Award. “Going from Kensington Palace and the red carpet in London to Los Angeles for the Oscar nominees breakfast to Toronto, where we were shooting a film at the time, and then back to Los Angeles…. We were just Ping-Ponging, and it was incredibly surreal,” says Sequeira.
Dream team: “Guillermo del Toro is amazing. He’s one of the greatest directors I’ve ever worked with. A true visionary.”
Most challenging piece: Sally Hawkins’s dress in the dream dance sequence in The Shape of Water. “It was built from scratch and ended up costing about $10,000,” he says. “I found some beautiful fabric I wanted to use, but there was only eight metres, and it was very expensive. We had French lace that we cut up and applied, chiffon, inlaid sequins and Swarovski crystals. It was quite involved.”
Reel life: The Strain, Nightmare Alley, It Chapter Two 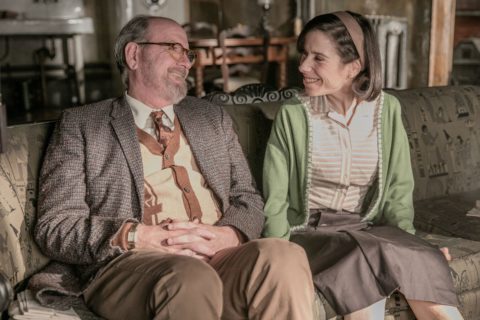 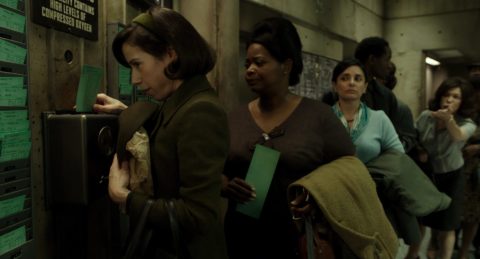 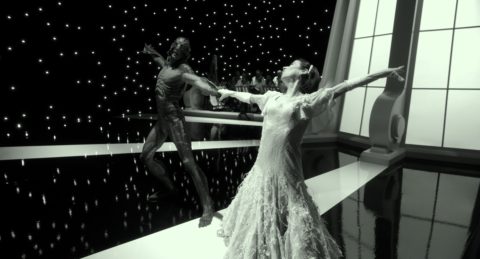 First project: “My first gig in film and television was assistant designer for a skating special on Olympian Brian Orser, which was shot at Lake Louise in the middle of winter.”
Most recent project: The Song of Names by French-Canadian director François Girard, starring Clive Owen. “We spent over four months last year in Europe and Montreal prepping and shooting this poignant and exquisite film,” says Dixon. “It’s a moving story with music at its core about [World War II], lost souls and deep friendship.”
Dream team: She recently wrapped Falling, Viggo Mortensen’s directorial debut, which will be out in the spring. “What a Renaissance man,” she says. “A gem to collaborate with—it was true bliss.”
Upcoming projects: She is currently prepping for a CBS miniseries based on former FBI director James Comey’s book, A Higher Loyalty. The series stars Jeff Daniels as Comey and Brendan Gleeson as President Donald Trump. “We are working closely with Canadian companies Coppley for our menswear and Bench Craft for its fine leather belts,” says Dixon.
Reel life: Anne with an E, Born to Be Blue, An Afternoon with SCTV 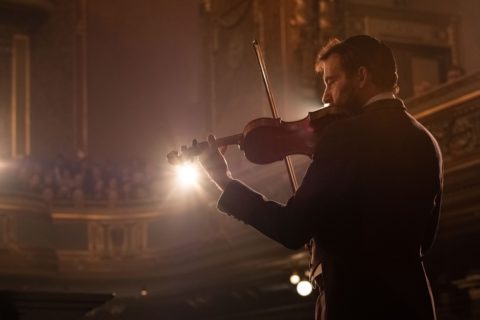 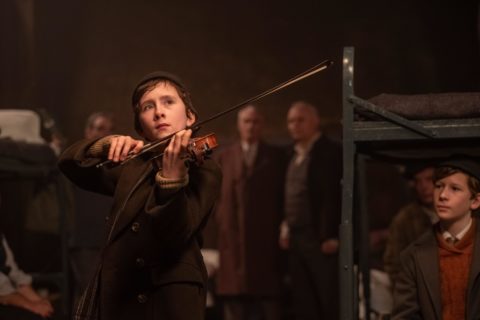 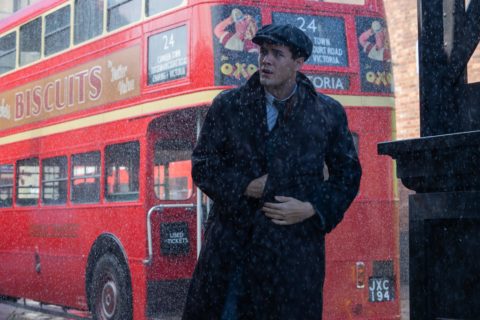 First project: Canadian musical drama series Catwalk (1992–1994)
Career highlight: Being invited to become a member of the Academy of Motion Picture Arts and Sciences, which awards the Oscars every year. “It’s a big deal to be able to be part of an organization I’ve always aspired to,” says Messam. “They see me. I feel like a grown-up now.”
Scariest project: Messam joined the upcoming Netflix series Madam C. J. Walker as co-designer halfway through filming, which presented its own unique set of challenges, not least with regard to time. The most daunting task? Designing a gala gown for lead actress Octavia Spencer—who plays Walker, a black entrepreneur who became the first American female self-made millionaire in the early 1900s—on a short deadline. So she enlisted Izzy Camilleri for help. “I’m in her studio in The Junction with a thick reference binder, and we’re going through images of the time period and circling things we like, like a certain collar line or the length or the layering,” recalls Messam. “We were just draping and figuring it out. God bless her, she saved my life.”
Reel life: Creed, Orphan, Colossal, Hold the Dark, Superfly 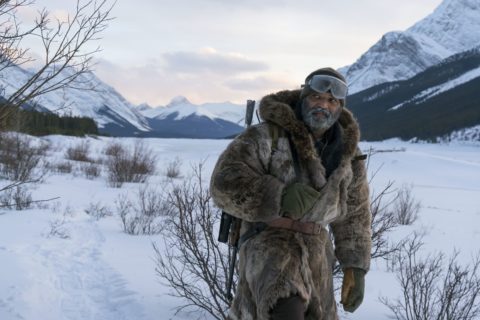 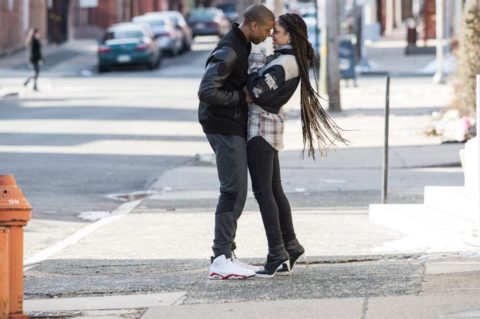 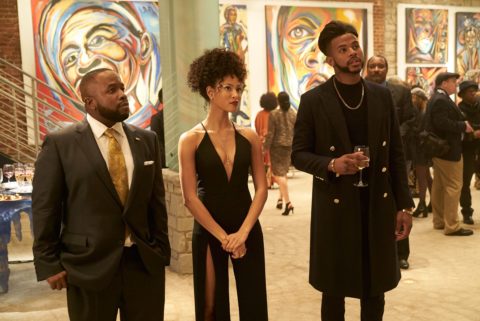 Years in the industry: 40+. Muir began her career designing costumes for theatre in 1975 before transitioning completely into film and television in the ’90s.
Most recent project: The Lighthouse, starring Willem Dafoe and Robert Pattinson as lighthouse keepers in New England in the 1890s. “There was nothing available to rent in terms of the oilskins, sou’wester hats and raincoats and overalls that are typical of maritime [communities],” says Muir. “So we made those out of two different fabrics that we had bonded into one in Montreal, and then they were cut and sewn and fit. And then I think it was 14 or 18 cans of Filson finishing wax that we put on by hand over four or five days. And then it was set in the heat of the sun in the windows and buffed with buffers to get the high water-repellent finish they have.”
Favourite celeb memory: At one of the first fittings, in Halifax, “Robert [Pattinson] looked in the mirror, did a kind of ‘Vogue’ pose and said, ‘I’d wear this in my own life; it’s very Yamamoto!’”
Reel life: The Witch, Murdoch Mysteries, Exotica 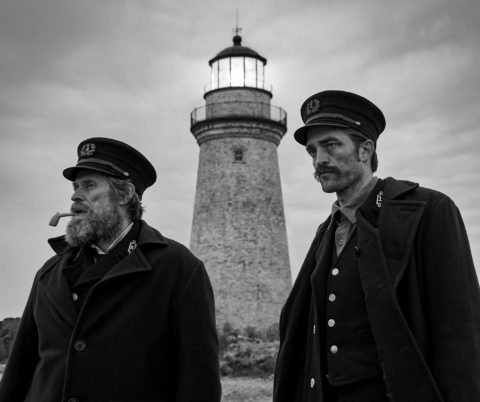 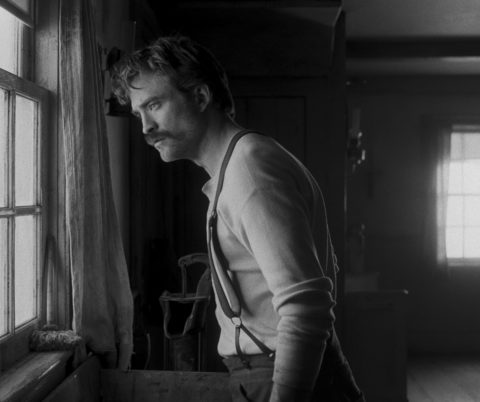 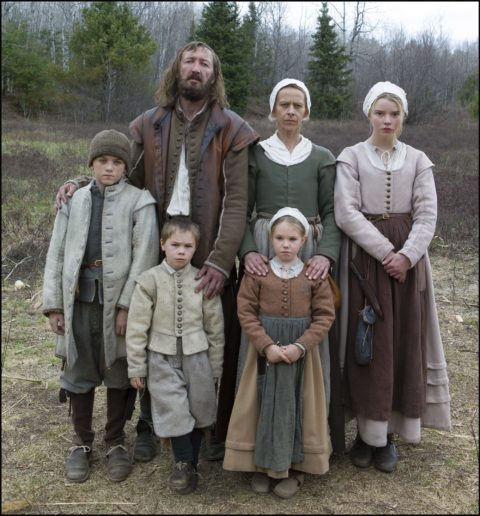 Photo courtesy A24 Pictures
Get the best of FASHION in your inbox Thanks for signing up!
The latest fashion, beauty and celeb news delivered right to your email #FASHIONforall Now, check your inbox to complete your subscription
We won’t ever use your email address for anything else
Want even more FASHION? Follow us on social media.