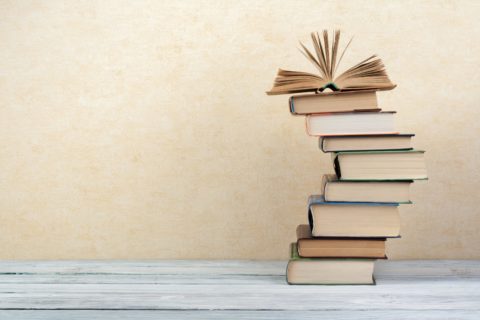 Books by Lupita Nyong'o, Lili Reinhart and the Jonas Brothers are on the way.

Lupita Nyong’o has already won an Oscar, been nominated for a Tony, and had her name dropped in a Beyonce lyric, but her accomplishments are far from over. The Kenyan-Mexican actress can now add author to her resume, having written a children’s book about “colourism, self-esteem, and learning that true beauty comes from within.” Titled Sulwe (which is Luo for “star”), the picture book tells the story of a five-year-old Kenyan girl with “skin the colour of midnight,” who embarks on a magical journey one night. Available October 15, 2019.

Jumping for joy because my book #Sulwe will be on shelves in exactly two months! The power of children's books is how their value appreciates with time – we love them now and understand them later. I want #Sulwe to be a seed for children to grow and draw from in later years. No matter your age, it's never too late to love the skin you’re in and to see the beauty that radiates from within! Over the next few months, I will share stories of stars of all ages who shine like Sulwe with the hashtag #BrightnessIsJustWhoYouAre. Please join me and show me what light YOU shine!?Pre-order at the link in bio.

Me by Elton John
“My life has been one helluva roller coaster ride and I’m now ready to tell you my story, in my own words. My first and only official autobiography will be released October 2019,” Elton John wrote on Instagram several months ago. And now, the time has arrived. Titled Me, the music legend’s memoir offers a “no-holds-barred account” of his life. “The lurid parts will get all the headlines. But the man’s hard-won self-knowledge is what the book’s really about,” concludes a New York Times review. Available October 15, 2019

ONE WEEK TO GO! ?? Watch Elton share some of what you can expect from his first and only official autobiography when the #EltonJohnBook arrives on October 15th.

Little Weirds by Jenny Slate
Little Weirds isn’t comedian and actor Jenny Slate’s first book but it is her nonfiction debut. The collection of essays is “me talking about my emotions,” she says. “It’s not a bio, or comedy essays, but pieces on how I see the world.” According to Mindy Kaling, each essay “feels like a vivid, cinematic experience, full of original observations and unexpected laughs,” and well, what more of an endorsement could one need? Available November 5, 2019

Hello friends. I’ve written a book. It is light as a feather, deep as a well. I wrote it to help myself see beauty in my self and in our world. Now I give it to you. I hope it brings you much much much happiness! It comes out in November. Link to order it is in my bio. ❤️❤️❤️@greggkulick did this gorgeous cover for me and he did it just right

Becoming: A Guided Journal for Discovering Your Voice by Michelle Obama
The First Lady’s memoir, Becoming, was the No. 1 bestselling print book in Canada in 2018. She’s following its success with Becoming: A Guided Journal for Discovering Your Voice, a companion to the memoir that is “designed to help readers tell their own stories” and will be available in more than 20 countries. “I hope you’ll use this journal to write down your experiences, thoughts and feelings, in all their imperfections and without judgment,” Obama writes in the introduction, according to a press statement from the book’s publisher. Available November 19, 2019

#regram from @randomhouse . . What’s your journey of becoming? A companion to BECOMING, this gorgeous journal features an intimate and inspiring introduction by @michelleobama and thought-provoking questions and prompts to help you discover the power of your own story. Available in stores on November 19, 2019. #IAmBecoming

Swimming Lessons by Lili Reinhart
The Riverdale star’s penchant for poetry is fairly well documented: to wish co-star (and rumoured boyfriend) Cole Sprouse a happy birthday this past August, she wrote him a “sappy nighttime birthday poem.” Now, a collection of the actress’s poems are coming together in a book of poetry titled Swimming Lessons. “Strangers, songs, films, fictional characters, love in various forms, and of course my own experiences were my inspiration throughout the creation of [the book],” she says. Available May 5, 2020

One year ago, I decided I wanted to share my poetry with the world. It’s scary to reveal a part of myself that I don’t often show, but I like to consider this book as more of a story rather than a confession of thought. Strangers, songs, films, fictional characters, love in various forms, and of course my own experiences were my inspiration throughout the creation of Swimming Lessons. This book means a lot to me and I’m very grateful to be in the position to finally share it ? pre-order link is in my bio if you’re so inclined

Blood: A Memoir by the Jonas Brothers
Titled Blood, this “unfiltered” memoir tells the story of the Jonas Brothers, “from the band’s creation, phenomenal rise to superstardom, break up at the height of their fame, and now reunification.” In a press release, Joe Jonas says they’re ready to tell the full story of the journey they’ve “had as individuals, as artists, and as a family.” Available March 17, 2020

Our new memoir, BLOOD, is full of family stories and photos we’ve never shared before. The new on-sale date is March 17, 2020 and we know it’s going to be worth the wait. You can pre-order now at https://t.co/PvB3m5L0ru #BloodMemoir pic.twitter.com/pnbBkevyHp

And ICYMI Rihanna is dropping a “visual autobiography” this month, showcasing “intimate photographs of her life as an artist, performer, designer, and entrepreneur.”