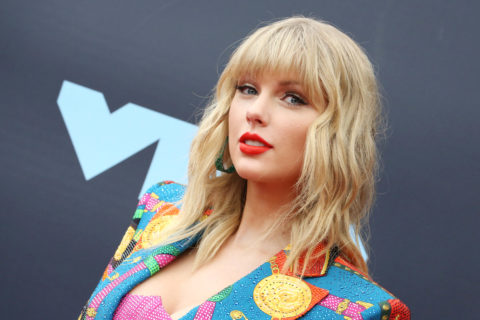 Everything We Know About Taylor Swift’s Upcoming ‘Lover’ Tour

It looks like we're in for a very different show this time around.

Taylor Swift released her seventh album Lover last week (complete with a cameo from a Toronto music group) and now the Grammy Award-winning artist is gearing up for the accompanying tour. Speaking with Ryan Seacrest on On Air With Ryan Seacrest this week, the star revealed a few details about what we can expect.

There’s no date confirmed for the tour as yet, however in the past, tours have typically started six or seven months after her release date meaning we should know something by February. That being said, in the interview Swift revealed that she’s been so consumed by the album release and its accompanying vides that she’s given little thought to what the album will play out like on stage. “I’m not quite sure what we’re doing with touring because with this album, I was so full-on planning this album release and directing the videos and putting all these different clues in these videos and trying to make this album release experience the most fun one for my fans, that I didn’t want to plan what we’re going to do in terms of live.”

She did add, however, that it will be unlike any previous show saying, “I don’t want to do the same thing every time because I don’t want my life to feel like I’m on a treadmill. I’m waiting to figure out what I’m going to do with touring. I definitely want to play this album live for a lot of people. I definitely want to give fans an opportunity and give me the opportunity to vibe with them on these songs in a live setting and see them sing the words back, but I don’t really know exactly what way that’s going to happen.”

Swift said thinking about booking stadiums, which has to be done a year and a half out, is “a lot” right now. Plus, she’s unsure if stadiums will be the way to go for this particular album. “This album is so personal so detailed, like Reputation was very external, very loud – this is an album that is very personal, vulnerable, emotional so my goal for whatever live setting that we decide to do things in, is going to be to try to make wherever we are feel like a smaller living room. That’s my goal.”

She also confessed that there’s less pressure to tour immediately with this album as its meaning is more readily clear than her last album. “With Reputation, I knew that nobody would really fully understand this album until they saw it live because I knew what I had planned for it live was going to make people understand what I had made on the record. But this album is different because people are seeming to get this album on a first listen basis which is so wonderful. I can’t even tell you how much easier that is.”

If you can’t wait until Taylor actually announces her tour dates, you can get the tour vibe via her merch collaboration with Stella McCartney which is available to purchase right now.