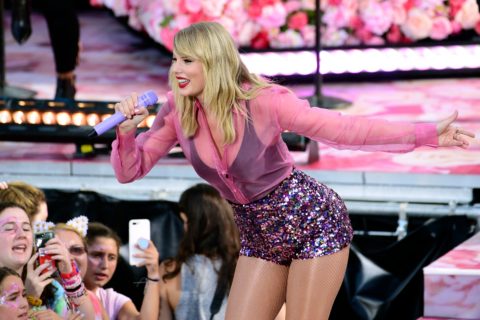 Representing the Six on the global stage

Taylor Swift dropped her highly anticipated seventh album, Lover, today and it’s packed with a whole new round of hits. As per any new Swifty launch, the internet is ablaze with comments and articles about who her lyrics are in reference to and who’s been namechecked this time around. And whilst there’s some great lyrics/people to point out, there’s one particular cameo that caught our attention.

On track 17, called It’s Nice To Have A Friend, a choir of children’s voices can be heard and it turns out, they’re from Canada – the Regent Park School of Music in Toronto to be exact. In the track, the choir provides a soothing chorus of ‘oohs’ in the background as the Grammy Award-winning artist sings about a treasured friendship. The song is being praised on the web, with Billboard writing, “It sounds like no other Taylor Swift song before it, and is gorgeously startling as a result.”

According to its website, the Regent Park School of Music provides highly-subsidized music education to kids between the ages of 3-18 in Toronto. Richard Marsella, the Executive Director of the school, writes, “For over 18 years we have seen that the study of music allows young people to flourish creatively, personally and academically…enriching their lives and future prospects.”

Fellow Canadian Drake is also mentioned on the album in I Forgot You Existed where Taylor sings a certain person is “in my feelings more than Drake.”

The choir is well placed among other high-profile cameos on the album, including her Cats co-stars Idris Elba and James Corden whose voices make an appearance in the opening of London Boy. Meanwhile, Leonardo DiCaprio is named on The Man as Swift highlights the irony in media coverage over celebrity relationships (namely how she’s been called out over the years for the number of relationships she’s been in), singing, “And they would toast to me, oh, let the players play, I’d be just like Leo in Saint Tropez.”

Lover is now available to purchase — so too is Swift’s merch collaboration with British designer Stella McCartney.