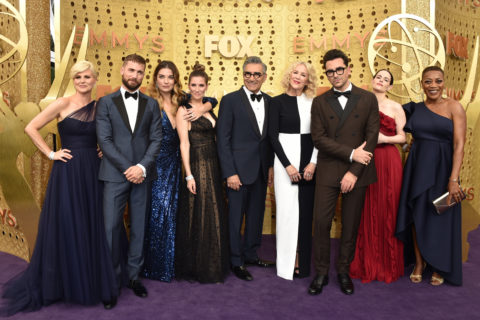 It’s Official: The Emmys Are Going Virtual This Year

The 2020 Emmys, scheduled for September 20 in Los Angeles, are officially going virtual. In a letter from Emmy executive producers, including Jimmy Kimmel, nominees were told to prepare from home (or a location of their choice) for the big event.

“As you’ve probably guessed, we’re not going to be asking you to come to the Microsoft Theatre in downtown LA on September 20th,” reads the letter. “This year, it’s still going to be TV industry’s biggest night out… but we’ll come to you!”

Despite the tiny logistical issue of each participant being in a different location, Emmy producers are promising a night of glamour and entertainment, with the use of cutting edge technology, cameras and lighting to make everyone look “fabulous” for their “unique ‘on screen’ moments.” Nominees and presenters are also being encouraged to dress up in whichever way best suits them.

While the cancelling of the IRL event is disappointing news for the nominees—particularly the Schitt’s Creek team, for whom this year marks their last shot at the Emmy’s—it’s a necessary decision considering the severity of the ongoing pandemic, particularly in California.

Schitt's Creek has been nominated for a total of ~fifteen~ #Emmys.

We are currently trying to process this news. Thank you. pic.twitter.com/cdPcCqpJr2

The beloved Canadian show is really going out with a bang, with its sixth and final season receiving a whopping 15 Emmy nominations spanning acting, writing, directing, costumes, hairstyling, makeup and several other categories.

Last year, the series received four Emmy nods—for Eugene Levy and Catherine O’Hara in the acting categories, and for costumes and best comedy series. This year, the two comedy veterans received nominations once again in the Lead Actor/Actress categories, with Dan Levy and Annie Murphy earning their first Emmy nods as Best Supporting Actor and Actress.

As Alexis might say, “Nom nom for us, David!”