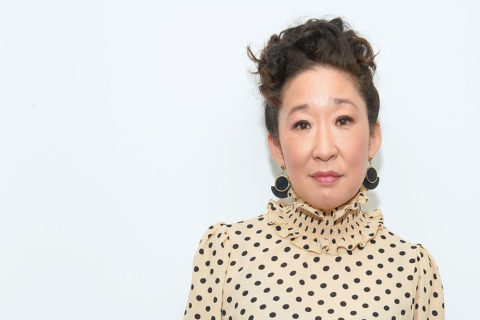 "I am proud to be Asian. I belong here," the Korean-Canadian actress chanted.

“I am proud to be Asian. I belong here.”

Those were the words Sandra Oh chanted during a surprise appearance at a Stop Asian Hate protest in Pittsburgh, Pennsylvania on March 20. The Korean-Canadian actress spoke to the crowd at the rally, giving an impassioned speech about supporting Asian Americans.

The event was held in response to rising violence against Asian Americans, and took place just days after a deadly shooting spree in Altanta, Georgia that killed six Asian women.

“Thank you to all the organizers for organizing this just to give us an opportunity to be together and to stand together and to feel each other,” Oh said. “For many of us in our community, this is the first time we are even able to voice our fear and our anger and I really am so grateful to everyone willing to listen.”

The Killing Eve star continued: “I’m going to be very brief, but one thing that I know is many of us in our community are very scared, and I understand that. And one way to kind of go through and get through our fear is to reach out to our communities. I will challenge everyone here, if you see something, will you help me? If you see one of our sisters or brothers in need, will you help us?”

Oh’s speech was captured on video by CBS Pittsburgh, which you can watch in full below.

Over the weekend, the Ottawa-born actress also shared a post about the Atlanta killings on Instagram, as well as links to support Asian American communities. Despite authorities’ refusal to label the murders a hate crime, there is widespread belief that they were racially motivated. “I send loving kindness and support to the families of the eight souls murdered in Georgina on March 16. And to all victims of racist violence,” Oh wrote. “I am devastated and profoundly angry. I know many of you are scared but let us not be afraid.”

She also included the hashtag #rememberitsanhonorjusttobeasian; Oh first said those same words at the 2018 Emmys when she was the first Asian woman to be nominated for a best lead actress in a drama category.