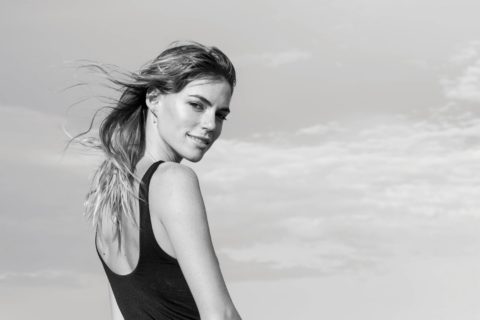 It’s not often you hear someone say “Liam Neeson changed my life.” But that’s basically what happened to James Bartle, founder of Australia’s Outland Denim. The former freestyle motocross rider was rocked by the 2008 action film Taken, which stars Neeson as a retired CIA operative desperate to rescue his daughter from sex traffickers.

In 2011, a chance encounter with the anti-trafficking organization Destiny Rescue took Bartle to Asia, where he visited Thailand and Cambodia and came face to face with female survivors of human trafficking. “I couldn’t turn my back once I saw,” says Bartle of meeting girls as young as 13 who’d been sold into the sex trade. “I have two little girls of my own. It’s pressing that I fight this problem.”

With media reports of slave auctions in Libya and mass abductions of schoolgirls in Nigeria, the issue of human trafficking is very much a problem today. The International Labour Office (ILO) estimates that in 2016, 40.3 million people were embroiled in “modern slavery”—24.9 million of them in forced-labour situations and 15.4 million in forced marriages.

After five years of research, Bartle came to believe that poverty is what most often leaves people vulnerable to traffickers. So he founded Outland Denim with a factory in rural Cambodia that employs people who have been rescued from trafficking or sexual exploitation or those who have been deemed “at risk.”

“A living wage should be standard. But the training and education and support around it, that’s the key in making a powerful business model." Outland Denim founder James Bartle chats to Glynis Traill-Nash of @the.australian – read the full interview, link in bio! #outlanddenim #zeroexploitation @glynistn ? @amyhiggphotography

While in Toronto to talk about Outland Denim, Bartle explains how the factory that started with just five workers now has 65 employees who have been trained to work in the apparel industry and earn a “living” wage, not just minimum wage. “This is a [financially] sustainable model, but it’s only sustainable if you produce a beautiful product that people want,” he says.

As for choosing to focus on denim, the fashion industry’s “dirtiest” item, Bartle says that Outland uses organic cotton and organic vegetable dyes. “If we’re going to wash something, it means we filtrate it,” he says. “All the stuff that washes out can be used for other things.” (A detailed breakdown of the supply chain, process and business model lives on the company website.) It all sounds great, but with environmentally savvy consumers starting to rethink every single clothing purchase, can fashion ever be thought of as a positive thing?

“Yeah,” says Bartle, nodding his head with unbridled optimism. “We wanted to develop a model that is scalable and transferable. This is about creating change in the industry.” He then tells the story of an employee who re­cently bought her sister back from traffickers. “These women are some of the most courage­ous you’ll ever meet. And we don’t make the change for them—we give them the tools.”