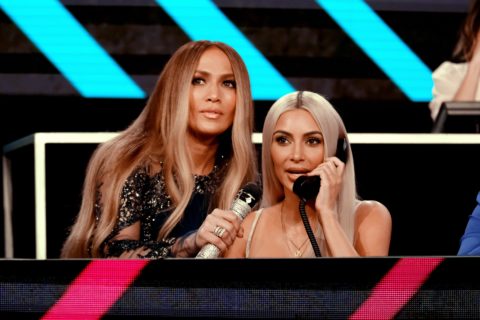 Is Kim eyeing an Oscar?

There’s little that Kim Kardashian West has not done. With several successful businesses under belt, as well as starring in campaigns for some of the world’s biggest brands, gracing magazine covers and studying for a law degree, there is seemingly no stopping the Keeping Up With The Kardashians star. And now, she’s about to add actress to her ever-expanding resume.

In an Instagram interview with E! News, Kim confirmed that she is working on a movie – and with J.Lo, no less. When asked by host Jason Kennedy if she was working on something with the Hustlers star, Kim said, “I am. My first big acting gig with Jennifer Lopez.” He then asked if Kim knew all of her lines yet, to which she said, “I do. I’m so excited.” As the clip ends, Kim says, “Me and Jennifer Lopez!” letting out an excited gasp.

Kim had previously starred in a handful of movies over the past couple of years with cameos in Ocean’s Eight, Temptation: Confessions of a Marriage Counsellor, and Disaster Movie.

The SKIMS founder has been a longtime fan of Lopez. Back in December of last year, the Grammy Award winner attended a movie night at Kardashian’s house, leading Kim to take to Instagram tell everyone how much of an influence J.Lo has had on her life (and career). “My inspiration for everything has been Jennifer Lopez,” she said at the time. “I would try and see what shoes she’d wear, what makeup, what hair – I became obsessed with glam because of Jennifer.”

Kennedy confirmed that they could not reveal any further details about the role as yet, however did include text in the video that read, “Next week, @enews,” meaning an official announcement could be coming our way then. Watch this space (and watch out Hollywood).

Photo by Kevin Mazur/One Voice: Somos Live!/Getty Images
Get the best of FASHION in your inbox Thanks for signing up!
The latest fashion, beauty and celeb news delivered right to your email #FASHIONforall Now, check your inbox to complete your subscription
We won’t ever use your email address for anything else
Want even more FASHION? Follow us on social media.