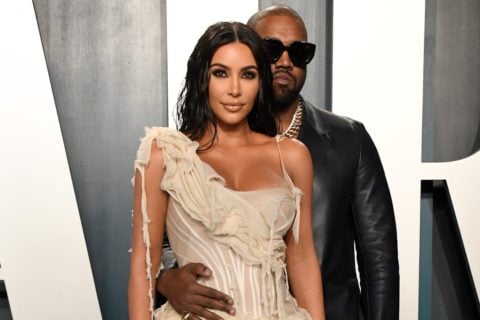 A Timeline of Kim Kardashian and Kanye West’s Relationship

If the tabloids are to be believed, divorce is imminent for Kim Kardashian West, 40, and Kanye West, 43. A source told Page Six that Kim is “serious” about becoming a lawyer and her campaign for prison reform, and has “had enough” of Kanye’s talk about running for president and “other crazy s–t.”

The couple has been together since 2011, and married since 2014. They share four children (North, 7, Saint, 5, Chicago, 3, and Psalm, 19 months), a beautiful-but-bizarrely-empty home heralded as an architectural wonder and the name West; Kim’s branding is heavily tied to her married name – her beauty line is called KKW Beauty, for example. Kim is also, reportedly, a billionaire, which may or may not factor into how shared assets are split.

Here, we look back at the major milestones in Kimye’s relationship.

“I met him I think in 2002 or 2003,” Kim said of Kanye in the ten-year-anniversary episode of Keeping Up With The Kardashians. “He was recording a song with Brandy, and I was her friend. I vividly remember hanging out with him and then they did a video together, so I’d see him a few times. He was asking his friends: ‘Who is this Kim Kardajan?’ He didn’t know what my name was.”

“I just knew I wanted her to be my girl for a long time,” Kanye told Ryan Seacrest in a radio interview in 2013. “I remember I saw a picture of her and Paris Hilton, and I remember telling my boy, ‘Have you seen that girl Kim Kardijon?'”

In a 2016 episode of Khloe’s now-cancelled Kocktails with Khloe show, Kanye revealed that he got a cellphone to try to convince Kim not to marry NBA player Kris Humphries. “I got a phone because somebody decided they wanted to marry Kris Humphries,” he said. “I wasn’t up to anything, and I looked on the internet and there was Kim Kardija with some extremely tall person. I was like, ‘I need to call her or something.'” Kim does marry Humphries, but breaks things off after only 72 days. (This is Kim’s second marriage and divorce.)

Kim and Kanye (often called Kimye) make their relationship public and begin attending events together. In December 2012, they announce they are pregnant with daughter North West.

Kanye rents out San Francisco’s AT&T park stadium to propose to Kim with a 15-carat cushion-cut diamond engagement ring by jewellery designer Lorraine Schwartz. The proposal is filmed for Keeping Up With the Kardashians. The couple attend Paris Fashion Week together, the first of many, and make their debut appearance at the Met Gala. Kim wears the infamous, and much memed, Givenchy dress.

Kim and Kanye tie the knot in a lavish and well-attended (minus Bey and Jay) Paris wedding, and arguably kick off the trend for floral walls. Kim also gets her first Vogue cover: for the April 2014 issue, she’s photographed by Annie Lebowitz in a wedding dress with her then fiancé, Kanye, cementing the couple’s acceptance into the high-fashion fold. Balmain hires Kim and Kanye as models for its spring 2015 campaign.

Kim is pregnant with the couple’s second child, Saint. Due to pregnancy complications, this will be the last child she is able to carry herself. (The couple’s two other children, Chicago and Psalm, are delivered via the same gestational carrier in 2018 and 2019).

In October 2016, Kim is robbed and attacked in her Paris apartment. Ahead of the KUWTK episode that discussed the attack, Kim tweeted: “I have always shared so much & I’m not going to hold back when this was probably one of the most life changing experiences for me.” In November, Kanye is hospitalized and placed on psychiatric hold. Kim and Kanye field divorce rumours, but dismiss them. “Kanye was really cute,” Kim told her sister Khloe on an episode of KUWTK. “He was like, ‘So, this is what for better and worse means?’ and I’m like, ‘Yeah. This is being a wife. This is what you got to do.'”

Kim responds to Kanye’s erratic tweets with a statement posted to her Instagram Stories: “As many of you know, Kanye has bi-polar disorder. Anyone who has this or has a loved one in their life who does, knows how incredibly complicated and painful it is to understand. I’ve never spoken publicly about how this has affected us at home because I am very protective of our children and Kanye’s right to privacy when it comes to his health. But today, I feel like I should comment on it because off the stigma and misconceptions about mental health.”

“I understand Kanye is subject to criticism because he is a public figure and his actions at times can cause strong opinions and emotions. He is a brilliant but complicated person who on top of the pressures of being an artist and a black man, who experienced the painful loss of his mother, and has to deal with the pressure and isolation that is heightened by his bi-polar disorder. Those who are close with Kanye know his heart and understand his words some times do not align with his intentions.”

While it was originally reported that the couple spent Christmas apart, sources told TMZ that they spent it together with the kids…and some seriously OTT gifts. Kanye reportedly gave Kim five new 2021 Maybachs, while Kim gave Kanye James Turrell pieces.

Word leaks that Kim Kardashian has reportedly hired divorce lawyer Laura Wassar. Is this the year Kim and Kanye divorce? Stay tuned for the next episode of Keeping Up With the Kardashians….