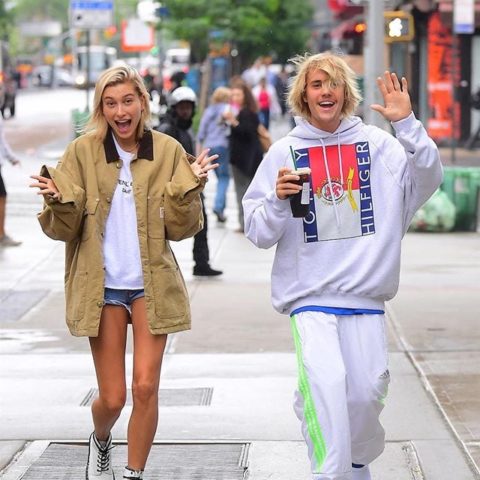 There's going to be one less lonely girl...

Someone sound the Hillsong church bells, because it appears that Justin Bieber and Hailey Baldwin will be walking down the aisle. Early Sunday morning, TMZ  sparked the rumour that the 24-year-old Canadian musician proposed to the 21-year-old former FASHION cover star Saturday night at a resort in the Bahamas.

“Everyone was at a restaurant on the property doing salsa dancing when Justin’s security told everyone to put their phones away,” two witnesses claim, “because something special was about to happen. They say Justin then proposed in front of everyone.”

The news was *seemingly* confirmed by Justin’s father, Jeremy Bieber, on Instagram just before TMZ‘s story broke. On a photograph of Justin standing in front of a stunning sunset, he wrote: “@justinbieber Proud is an understatement! Excited for the next chapter!” (Get it?! The sun sets as his son starts a new chapter?! Very clever Mr. Bieber!)

@justinbieber Proud is an understatement! Excited for the next chapter!

It was just a few weeks ago that the young lovers reigniting their on-again-off-again relationship. But with the recent PDA, rumoured matching tattoos and now a public pledge of eternal love, it seems Jailey is in it for the long run. I hate to say it, but it may finally be time to retire our Jelena timeline.