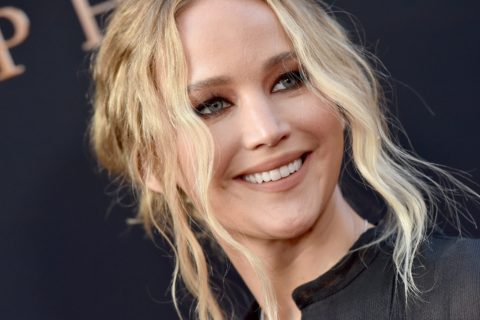 Congratulations to the newlyweds!

On Saturday, Oscar winning actress Jennifer Lawrence wed boyfriend Cooke Maroney in an elaborate ceremony in Rhode Island. Their engagement was announced back in February.

The wedding comes after months of speculation that the pair had previously wed in secret. However there was no hiding these nuptials with some of Hollywood’s biggest names descending upon Belcourt of Newport to watch the pair officially tie the knot. The house was built in 1894 by famed architect Richard Morris Hunt and was inspired by Louis XIII’s hunting lodge at Versailles.

Emma Stone, Sienna Miller, Amy Schumer, Kris Jenner, Cameron Diaz, Nicole Richie and Adele are amongst the confirmed guests who attended the weekend. Interestingly, Ashley Olsen was also one of the 150 guests.

Lawrence and Maroney held a clambake for guests on Friday on Rose Island for their rehearsal dinner, it is reported. This came after the pair arrived in Rhode Island via private jet around midday.

According to People, Lawrence wore Dior for the big day, which is unsurprising given the actress’ long-standing relationship with the French luxury house.

There have been no official images shared of the dress as yet. Lawrence doesn’t have Instagram (or at least that we know of…) so we suspect it will be Dior that unveils the dress in the coming days.

Early paparazzi photos show the Hunger Games actress sporting a dress with dazzling sequin detailing at the neck and a chic updo.

Dior’s creative director Maria Grazia Chiuri is fast becoming the go-to wedding dress designer for some of the world’s most stylish women with Miranda Kerr, Chiara Ferragni and Karlie Kloss all having worn designs by the French couturier.

Karlie Kloss recently shared a video on Instagram showing off her dress on the one year anniversary of her wedding to Josh Kushner.