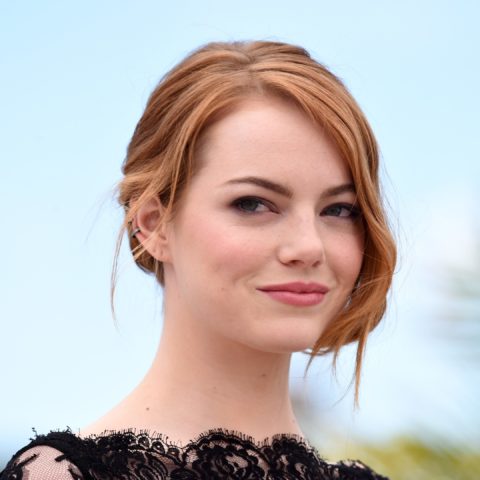 Are Actresses Earning More Now Than They Were 20 Years Ago?

Yes - and actors are earning less.

In 1996, Demi Moore made history when she became the highest grossing actress for a single Hollywood film. Moore made $12.5 million for her role as Erin Grant in Striptease—equivalent to $19.5 today according to the U.S. Inflation Calculator. That’s a lot of dough.

Two decades years later, we’re still talking about how much actresses get paid—and we’re talking about it a lot. Hollywood’s gender pay gap has become a hot topic of conversation, with a growing number of award-winning actresses forcing the issue of equal pay into the spotlight. How do last year’s paychecks compare to Moore’s 1996 cash out? Women in Hollywood are making a lot, but it’s a smaller jump than one might expect.

Forbes has just named Emma Stone the highest paid actress in the world: between June 1, 2016 and June 1, 2017, the 28-year-old racked in a reported $26 million. The magazine said that Stone’s movie-musical La La Land is credited for the bulk of her pay, though they don’t specify how much exactly she took away from the film that gave earned her an Oscar (and earned itself $445 million).

Let’s go ahead and assume all the money Stone made last year came from her one film. If we’re using that number, Stone still made just 33.33% more for La La Land than Moore did for Striptease in 1996. It’s more—but it doesn’t seem like that much more, does it? These numbers seem to present lackluster progress for gender parity, though they may actually reveal the opposite. Women, at least, are making pay progress in Hollywood. Male actors (with their 10 digit salaries) can’t exactly say the same.

In the same year Demi Moore broke her record, Tom Cruise became the highest paid actor for earning $70 million for the first instalment of Mission: Impossible. If we use the U.S. Inflation Calculator again, that’s $109 million. It’s a frustrating amount more than Demi Moore or Emma Stone were paid for either of their roles—but it’s also a lot more than any actor is earning today.

Last year, Forbes named Dwayne “The Rock” Johnson the world’s highest earning actor, quoting a $64.5 million annual payday. Johnson’s collecting paychecks from multiple film deals, and even then he’s making about 40% less than Cruise earned in 1996 for Mission: Impossible alone. The surface-level takeaway: actresses are making more money than they were 20 years ago, and actors are earning less.

Does this mean the gender pay gap shrinking? Four numbers (without much context) don’t determine a trend—but maybe a study from the Economic Policy Institute can. The EPI’s analysis of US government wage data revealed that men’s inflation adjusted hourly wages have fallen 6.7% since 1979, and women’s have increased 24%.

Hollywood isn’t spared from these economic stats. TIME Magazine and The New York Times have both published articles addressing the steady drop in movie star salaries over the past several years: “DVD sales fell, star-driven vehicles stumbled at the box office and studios grew increasingly tightfisted.” Where a blockbuster film may have earned an A-list actor $20 to $30 million ten years ago, now actors rely on “profit participation” to make big bucks. This earning model is how Dwayne Johnson and Tom Cruise were able to earn massive paychecks: instead of being paid for their work up front, they forwent a large advance payment in return for a share in the film’s revenue. They frequently take on roles as executive producers as well, which help to pad their pockets.

Why aren’t women getting in on this smart and modern payment model? Sometimes, they are. Sandra Bullock made an estimated $70 million for her role in 2014’s Gravity, a movie that earned $600 million worldwide. Powerful deals like hers are a step forward—they show women that they shouldn’t always accept the first offer, and that they can ask for more if they deserve it.

I guess the question then is: do female actresses deserve it? When we’re talking about seven digit paychecks, the numbers can stop seeming important. In an essay for Lena Dunham’s Lenny, Jennifer Lawrence wrote, “I failed as a negotiator because I gave up early. I didn’t want to keep fighting over millions of dollars.” Except Lawrence should fight over millions if her male co-stars are making millions more. Not simply for equality’s sake—but because she does deserve it.

Pay is important because it defines what you’re worth to your employers. When Amy Adams and Jennifer Lawrence found out their American Hustle male co-stars received a 2% higher cut of the film’s profits, they were being told that they mattered less. (Which if you’ve seen the movie, you’ll know isn’t true.) Audiences will line up to see Amy Adams and Jennifer Lawrence in a movie—and they’ll line up to see movies with other female protagonists too. Wonder Woman is proof that audiences will spend more money to see Gal Gadot than they will to see Ben Affleck and Henry Cavill combined. With her record breaking box-office success, I wouldn’t be surprised if he see Gadot leading Forbes highest earner list over the next few years.

The prospect of a Middle Eastern actress cashing a multi-million dollar paycheck might not matter to you—but it should. Everyone’s eyes are on Hollywood, which means this small community of privileged pretty people are setting precedent for the rest of us. Forbes will be revealing the list of 2017’s highest-paid actors next week, and the whole world should be holding their breath for the conversations that are sure to follow.

Photography by Ben A. Pruchnie/Getty Images
Get the best of FASHION in your inbox Thanks for signing up!
The latest fashion, beauty and celeb news delivered right to your email #FASHIONforall Now, check your inbox to complete your subscription
We won’t ever use your email address for anything else
Want even more FASHION? Follow us on social media.