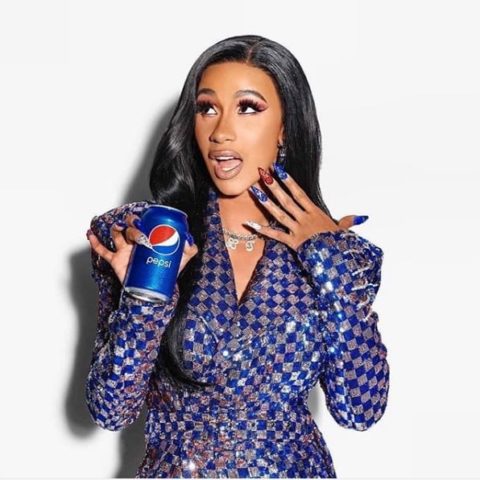 This Sunday brings with it a championship showdown, deep dish snacks and a healthy serving of Tom Brady (once again) as the world tunes in for 2019’s NFL Super Bowl.

Over 100 million people watch the game each year, which means big brands are willing to pay big bucks to show off their stuff. It also means celebrity star power, hyped up ad teasers, and the one time of year we seek out commercials on YouTube, rather than moaning through them.

We’ve rounded up every OTT Super Bowl ad released so far this year, from a Cardi B cameo to a spine-tingling segment of ASMR featuring a former FASHION cover star.

Pepsi has a history of serving up some of the most iconic, celeb-filled ads on TV, and save for a few exceptions–ahem, Kendall Jenner–they really work. We love everything about this ad, from Cardi B’s bedazzled Pepsi can, to Steve Carrell’s Michael Scott-esque performance.

Bumble, “The Ball is in Her Court”

The #InHerCourt campaign was developed, produced, and led entirely by an all-woman team, with Bumble wanting to highlight the importance of making the first move. Who better to lead it than the strong and beautiful woman that is Serena Williams?

Stella Artois, “Change up the Usual”

We’re all for anything that gives us a Carrie Bradshaw revival, so this ad which features Sarah Jessica Parker and Jeff Bridges gets a ten from us straight away. But it’s also great because of the initiative behind the ad. Parker has joined forces with Stella Artois and Water.org to help bring clean drinking water to people in the developing world. Between Super Bowl Weekend and World Water Day (March 22nd) every time Canadians make a purchase they’ll be helping to #PourItForward. One 6-pack can of Stella Artois provides the equivalent of six months of clean water for a person in need.

We have to give props to Expensify for this video. Not only is it hilarious–how could it not be when it features Adam Scott–but it’s also super smart. Rapper 2 Chainz is featured in the 30-second ad, but he also released a full-length music video and song under the same title. The video invites viewers to use Expensify to snap all of the receipts they see in his music video for a chance at winning real money. With over 1.2 million views so far, it’s safe to say that this partnership is already a big success.

I’ve never thought about stacking different flavoured Pringles before, so I appreciate this ad for its tasty advice. But not going to lie, the lamenting of the sad device makes me feel a little weird inside. BRB while I go create some new flavour combinations and hug my Alexa device.

Combine the lush green landscapes, roaring waterfalls and Zoë Kravitz’s incredible ASMR skills and you get an ad that overloads the senses in the best way possible. In the midst of sports chants and beer cans, we’re guessing that Kravitz’s whispers will provide a welcome respite from the craziness of Super Bowl Sunday.

Inspired by ABC’s “Shark Tank”, this ad literally achieves what most Super Bowl ads are trying to do: sell their product in one quick 30 second pitch. With great mermaid hairography and schools of silver fish, it’s also attention-grabbing and pretty to look at.

Budweiser ads are synonymous with the Super Bowl—and that’s probably why the above video has already racked up over 6.2 million views on YouTube. But this year’s video feels especially important. “This Bud’s for a better tomorrow,” the brand states as they reveal that they’re now using 100% wind power to run their breweries.

From the football players who knelt during the National Anthem in silent protest of police brutality and racism, to the stars and celebrities who in turn boycotted the Super Bowl and its Half-Time Show, we appreciate a commercial that focuses on how we are all equal.

Above we have another Super Bowl ad from Michelob, this time poking fun at the workout-obsessed. In the midst of Dry January resolutions and new gym memberships, Michelob doesn’t want you to become a robot and forget to enjoy the things that make you happy—like beer, apparently!

Photography via Instagram/@iamcardib
Get the best of FASHION in your inbox Thanks for signing up!
The latest fashion, beauty and celeb news delivered right to your email #FASHIONforall Now, check your inbox to complete your subscription
We won’t ever use your email address for anything else
Want even more FASHION? Follow us on social media.