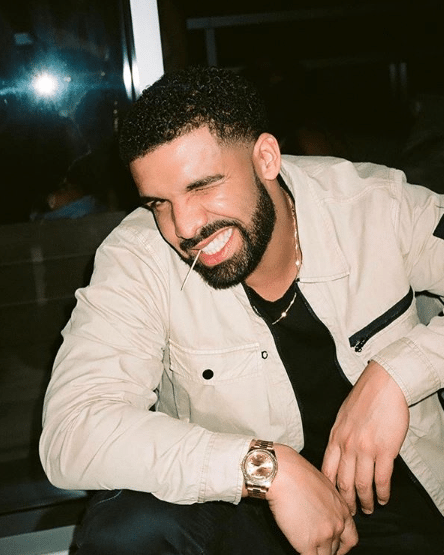 Get ready to gush.

He’s done it again: Drake has gone and out-Draked himself. In a new cover story with The Hollywood Reporter, the international treasure shared a series of secrets about his personal life that left us star-eyed. Head below to check out what we learned.

“This interview is kind of early for me,” Drake said to Hollywood Reporter interviewer, Tatiana Siegel, at 1:45pm. This is a very important piece of information.

No seriously. Drake, one of the world’s biggest rappers, really loves a children’s book series about wizards. So much so that he planned to gift himself to a $160,000 first edition of Harry Potter and the Sorcerer’s Stone, a collectable he’s apparently been hunting down for four years. Our only question: is he a Slytherin or a Gryffindor?

3. He turned down the opportunity to work with Weinstein

Movie mogul Harvey Weinstein tapped Drake to star in and produce a film called The Heist, but Drake rejected the offer. Because even before the producer was hit with dozens of sexual assault allegations from Hollywood actresses, Drake knew it wasn’t a good professional fit. “I vetted him with five people and got bad feedback about working with him,” Drake’s partner Future says simply.

4. His house has a grotto

Cue the best Drake anecdote of all time: “When we first met, I remember Drake kept a picture of this insane grotto pool on his desktop. Waterfalls, the whole thing. He didn’t even know where the house was,” Future recalls. “He just kept saying, ‘I’m going to have that house.’ And I really believed. I’ll never forget walking into that house with him in Calabasas [in 2012], and he literally wrote a check and bought it. Not a similar house with a similar grotto, but that exact house.”

“My taste in television or movies is always kind of similar to my approach to music, which is, I like when people really hit the nail on the head with real human emotions,” explains Drake in the interview. “So with Ozark, it’s just the family dynamic. The arguments. The love. The struggles. I really relate to how accurate it is.” Same Drake, same.

6. He’s down to collab with Margaret Atwood

Remember when CanLit superstar Margaret Atwood suggested Drake make a cameo in season two of The Handmaid’s Tale? Pre-Drake’s Birkin hoarding confession, it was the best interview sound bite of 2017. Well, those who shipped Atwood and Drake may be in luck: Future said that he and Drake would prefer to adapt one of of Atwood’s other books to the big screen. Canada needs this, guys. Don’t let us down.

Girl drake said he has a whole collection of Hermès and Birkin bags for his future wife pic.twitter.com/K5e9MlzoZh

Yes you read that right. Drake is stocking up on a purse that’s valued between $3000 and $380,000 to present to his queen-to-be. The notoriously private rapper revealed in the interview that he’s been collecting Birkin bags for years, a gift for “the woman I end up with.” So like, at what point in the relationship does Drake unlock the purse room? Asking for a friend…

Head over to The Hollywood Reporter for the full profile.