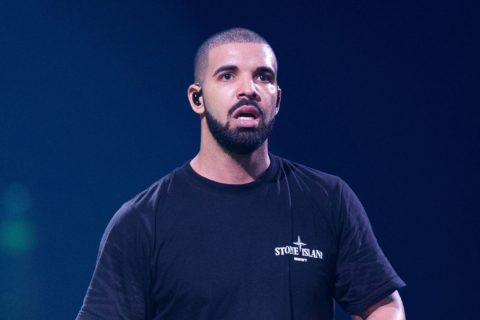 We ALL want this.

In what can only be described as a Canada Day miracle, the universe has merged our countries two great national treasures.

In a new interview between Margret Atwood – CanLit superstar and author of The Handmaid’s Tale – and American writer Junot Díaz, she was asked what was the single most popular question posed to Canadians abroad: “So, have you met Drake?”

Atwood gave the most typical Torontonian response: “I haven’t met Drake, but I have of course met people who have met Drake.”

The interview gold didn’t end there. When Díaz hinted at the idea of merging Canada’s “two global superstars,” Atwood was totally on board.

“I’ll drop that notion into the ear of Bruce Miller, the showrunner, and see what he can do with that,” said the Canadian author. “Because of course the show is filmed in Toronto. Maybe Drake could help smuggle someone?”

Umm, yes please. Even dystopia could use a little bit of Drizzy. Heck, ESPECIALLY dystopia could use some Drizzy. The interview went on to spread warm and fuzzy feelings about what Drake and Atwood mean for Canada’s youth culture.

“What a lot of these young folks were saying to me was that one of the mainstream Canada things was to be kind of humble, not to dream too big,” Díaz said to Atwood. “And I have to say, you have given a lot of young people—you and Drake—new horizons. And it is a wonderful thing to see.”

Amen to that! 24 hours ago, we didn’t even realize we could dream as big as an Atwood x Drake collab. If this cameo never happens (though we’re 80% sure it will), at least we have these tweets.

"Hotline Bling" was about Margaret Atwood, pass it on https://t.co/IMApeJ65hY

Well it depends… is he being Drake or is he playing a character. I have lots of ideas.