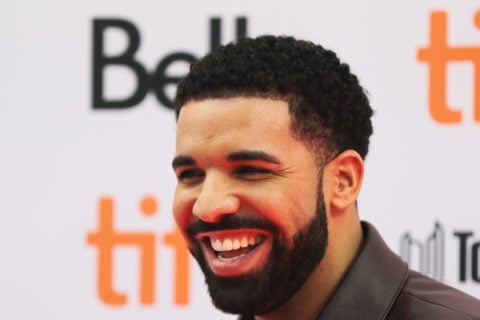 Here's why Drake, Stephan James and Shamier Anderson made headlines this week.

Drake released a line of candles, Stephan James and Shamier Anderson launched The Black Academy to celebrate Black Canadian talent, and other news you might have missed this week.

Drake released a line of candles
Over the summer, Drake revealed that he was working on a line of candles that he promised would be “available soon.” Fast forward several months, and the candles are finally here. Released under the Toronto rapper’s Better World Fragrance House and available to purchase on e-com site Revolve, the line includes five different fragrances. One in particular, Carby Musk, supposedly smells like Drake himself, with notes of musk, amber, cashmere, suede and velvet. The other four scents are Sweeter Tings, Williamsburg Sleepover, Good Thoughts and Muskoka, and all are currently sold out.

Actors Stephan James and Shamier Anderson launched The Black Academy
Scarborough-born actors (and brothers) Stephan James and Shamier Anderson just founded The Black Academy, an organization that promises to “elevate and inspire both Anglophone and Francophone Black talent across the country,” in the arts, culture, entertainment and sports industries. The Black Academy is a division of the brothers’ community-based nonprofit B.L.A.C.K. Canada (Building A Legacy in Acting, Cinema + Knowledge), which they established in 2016. “Stephan and I strongly believe we have identified a glaring gap in the industry as far as the acknowledgement and celebration of Black Canadians doing exceptional things all over the world,” said Anderson in a release. “This level of celebration is bound to breed a whole new world of Black Canadian talent doing exceptional things.”

Annie Murphy unveiled an alter-ego
This past week, Annie Murphy released a video of herself as alter-ego Anny Morphee… doing an impression of Zooey Deschanel… singing ‘Baby It’s Cold Outside.’ Yes, there were a lot of layers to that performance. “My friend Anny Morphee, who is not me, wanted me to post her holiday cover of “one of the least controversial and most beloved traditional Christmas Yuletide Carols of all time. Plus, who doesn’t love a Zooey Deschanel classic?”” she wrote. In the post, the Schitt’s Creek actress then directed her followers to another Instagram account, @annyshitbedroom, where there are currently nine videos of her loosely impersonating other musicians, such as Drake, Justin Bieber and David Bowie.

Registration is open for War Child’s first-ever virtual gala
War Child, a Canadian organization that works to protect children and their communities from the brutal impact of war, is hosting its first-ever virtual fundraising gala. Registration for the free event, which will take place on December 7 at 8pm EST, is now open. Musicians like Sting, Sarah McLachlan and Chantal Kreviazuk will perform live, and the virtual event will also feature special appearances by War Child Ambassadors Amanda Seyfried and Thomas Sadoski, plus David Harbour, Patrick J Adams, Sarah Rafferty, Ashley Park and more. Funds will be raised from the event by an online auction and donations, with all proceeds going directly to War Child.