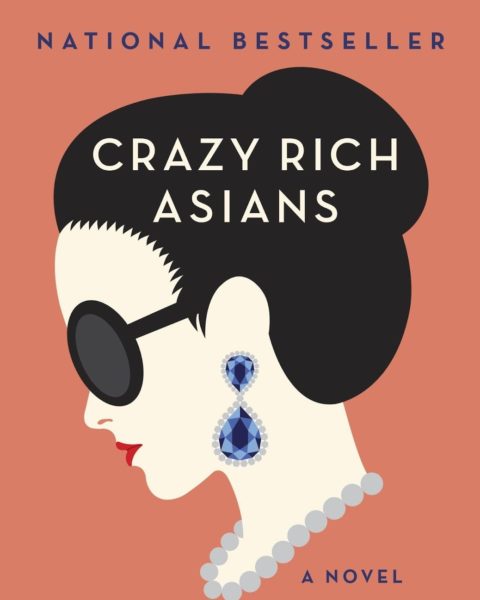 Everything We Know About the Crazy Rich Asians Movie So Far

It looks like we can soon add Crazy Rich Asians to our list of our fave books turned to films. That’s right: Rachel Chu, Nick Young and Astrid Leong will be jumping off the pages and onto the big screens, and honestly, we can’t wait.

Written by Kevin Kwan, the two books have become international phenomenons since they hit shelves back in 2013 (FYI, the third book Rich People Problems is now available). Following the lives of the richest families in Singapore, the first book centres around Rachel Chu, an NYU economics professor, and her boyfriend Nick Young, who head back to Singapore to attend his best friend’s wedding (a.k.a. the social event of the season) and meet Nick’s high-society family. With its funny and satirical insider look into the opulent lives of the Chinese and Singaporeans, we’re not surprised to see the page-turner picked up Warner Bros. Studios to bring the most memorable scenes (and fashion moments) to life.

While there’s no word on when the book-to-film adaption will be coming to a theatre near us, from what we’ve gathered, it looks like it’s panning out to be quite the movie. For starters, the movie will be directed by Jon M. Chu (his repertoire includes: Now You See Me 2, Step Up 2: The Streets, Step Up 3D and Justin Bieber: Never Say Never) and is said to make history with its all-Asian cast backed by an American-Hollywood studio (a first since 1993 film Joy Luck Club). As we all know, Hollywood has been in hot water for ages, after making questionable casting calls for Asian characters (read: Emma Stone in Aloha and Scarlett Johansson in Ghost in the Shell). Judging by the recent casting announcements, it looks like the producers and creators are sticking to their word.

“Everyone on the team is so invested in doing this right, so I feel so honoured. From the beginning, they wanted to get every detail right…even my accents, they wanted to get it perfect on actors,” says Kwan during our interview with the author when he was in town to promo his latest novel, Rich People Problems. “Everyone has been so faithful in trying to make it the best movie possible because they know how important this is, not just to us, but really now to the global community that’s watching this film.”

Given that the book has an immense international fan base, you can bet readers (us included) will be eyeing every single detail down to the dresses (ahem, Astrid’s cobalt blue halter-neck Gaultier dress mentioned in the book).

Here’s what we know about the Crazy Rich Asians movie so far.

It’s going to be an all-Asian cast.

It's Official! We are making @kevinkwanbooks amazing book #CrazyRichAsians into a movie with Warner Bros Studios!!! Big Hollywood movie with ALL-ASIAN cast! Can't wait to share the whole journey with you all. #proud #itstime

Director Jon M. Chu is adamant about staying true to the book, meaning casting only Asian actors and actresses. In an interview with Buzzfeed, he expressed the production will be longer than any other films he’s done because he wants to find the right talents for the distinctive characters. That’s obviously not to say there aren’t any amazing actors of Asian descent out there, but it will take some time to find the perfect ones.

“As an Asian male myself, I feel like this representation is very important to me, and I want it to be a range of dudes that have a range of looks and feels, so it’s not just one-note either.”

“It’s the dream team with the best Asian actors from around the world who have come together,” says Kwan in our Facebook Live interview. “They feel like the are part of something special. For the first time they are not playing token characters. They are not playing stereotypes. They are getting to play very real characters that just embody who they are and I think for them it’s very refreshing to do that and to not be the only Asian on set.”

Fans had the opportunity to audition for roles as extras.

Ever felt like one of the book characters was basically you? Well, you’re in luck. In hopes of finding more talented Asian actors, Chu reached out on social media to search for actors and actresses in the film.

Seeing as how Rachel is kind of the most important character in the book, we’re not surprised to see her role being cast first. And the girl-next-door, economics professor Rachel Chu goes to none other than Constance Wu. You may recognize her from the ABC show Fresh Off the Boat, where the up-and-coming star plays the hilarious no-nonsense mother of three, Jessica Huang.

For the elegant and over-calculating mother of Nick Young, Michelle Yeoh (you’ve seen her in Tomorrow Never Dies, Crouching Tiger Hidden Dragon and Memoirs of a Geisha) takes the cake. According to Kwan’s Instagram, it was a dream come true to have Yeoh sign on for the role.
“Even before I finished writing the book, I had already thought that in my wildest dreams, if a movie was ever made of my novel,” writes Kwan. “Michelle Yeoh would be so perfect as Eleanor Young.” We’re totally on board with this casting call.

If you Google Henry Golding, there may not be much about the actor, who is to play Singapore’s most eligible bachelor. While this may be Golding’s first-feature film, with his English accent (his father is British and his mother is from the Iban tribe in Sarawak, Malaysia) and the fact that he currently resides in Singapore, we can say we see a little Nick in him.

On what it was like meeting Henry Golding for the first time, Kwan recalls it “felt like I knew him for a very long time even though we had just met.”

Director Jon M. Chu has been teasing his fans on Instagram with #FOMO-inducing photos of Singapore. While we’re scratching our heads trying to figure out which scene involves a Singaporean beach, he’s currently in Asia location scouting for the movie.

For what’s probably the most anticipated (and most important, imo) character casting, we can finally breathe a sigh of relief, as Gemma Chan has been announced to play the book’s It girl, Astrid Leong. While you’ve probably seen the British film and television actress in Fantastic Beasts and Where to Find Them or in the science-fiction television series, Human, she’s also one to watch on the red carpet and in the front row. Her work with Save the Children in Syria is equally as admirable. Could there be a more perfect person for the role? Nope.

Sonoya Mizuno has been cast to play Singapore’s ultimate fashion icon and the enviable bride-to-be in the wedding of the year, Araminta Lee (of the luxury hotel Lees). You may have spotted the Japanese-British actress and former ballerina in Ex-Machina, Frank Ocean’s “Nikes” music video and most recently as Emma Stone’s roommate in La La Land. We don’t know what we’re more excited about: how she’s going to bring her character Colin Khoo’s fiancé to life or her bespoke Valentino wedding dress featuring a high-neck, lace bodice and a 15-foot train.

This was the picture @jonmchu took a few months ago when I met our leading man @henrygolding on a video call for the first time. About ten minutes ago, Jon yelled "ACTION!" and the began filming the first scene with our amazing heroine @wonstancecoo #crazyrichasiansthemovie is officially in production!!!

Kevin Kwan revealed on his Instagram that filming is underway. Satisfying our curiosity, the cast has also been sharing BTS pics on their social media platforms.

The composer stands before his orchestra… @jonmchu ?

Met and reunited with some lovely ?'s this week. #CrazyRichAsians

If you were wondering why Awkwafina has been popping up in CRA’s cast’s pics as of late, it’s because the New York-based rapper/actress has been confirmed to play Rachel’s big-hearted, bubbly bestie, Peik Lin. Although, Awkwafina’s acting experience may be minimal, she’s already copped roles in Neighbours 2: Sorority Rising, Stork and in the upcoming A-list-packed female Ocean’s Eleven spinoff, Ocean’s Eight. It’s safe to say she’s one to watch this year.

“She is so brilliant and she just has you laughing,” says Kwan. “I spent the night in my hotel room laughing remembering a joke she told me earlier that day because she’s that funny and that smart. She’s going to just knock your socks off.”

There’s no doubt fashion played a defining part in the books and according to Kevin Kwan himself, the movie will not skimp out in the sartorial department.

“We’re having millions of dollars of jewellery (I really shouldn’t say this, probably) flown in,” teases Kwan during our Facebook Live interview. “The attention to detail they have put on the fashion is amazing. But as Nina Jacobson, our producer who was so amazing with the Hunger Games movies, said ‘We have got to slay when it comes to fashion.’ We want this to be a defining fashion movie in the way The Devil Wears Prada was and maybe [he knocks on wood] hopefully even exceed that.”

YAAAS! Now that we got that out of the way…

The casting has been pretty spot on for the upcoming Crazy Rich Asians movie, but we have to say, Harry Shum Jr. playing Asia’s tech billionaire Charlie Wu may be our favourite piece of news yet. Having caught our eye as the cute singer/dancer Mike Chang on Glee, Shum is currently starring in American fantasy series Shadowhunters as High Warlock of Brooklyn, Magnus Bane. With his good looks and ah-mazing body we can’t think of a better person to play CRA‘s knight in shining armour. Can we get the official release date, so we can start counting down?

As for the rest of the cast…

Filming has officially wrapped up.

About to start the last day of shooting on #crazyrichasiansmovie :( the cast. The crew. Singapore. Has all been magical. Something special has happened and I don't want it to end… ?by @russelwong

On June 23, director Jon Chu shared a photo of the Crazy Rich Asians cast on the last day of filming.

That’s all that’s been revealed so far, but watch this space as we’ll be updating whenever we hear something new!