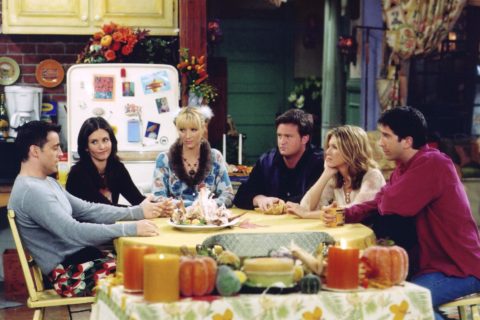 Here’s What Drake, the Friends Cast, and Other Celebs Are Auctioning for COVID-19 Relief

The All In Challenge was launched last week by Philadelphia 76ers owner Michael Rubin and has already roped in names like Leonardo DiCaprio, Gwyneth Paltrow, Drake, Ryan Reynolds and Justin Bieber.

“Together what we want to do is literally build the largest movement with all the best entertainers, celebrities, athletes, business titans, coming together to make a real impact on this issue,” Rubin said on Twitter when launching the initiative. The goal is to encourage celebrities to offer one-of-a-kind experiences and items in an “auction” that people can enter to win, with a donation as low as $10. 100% of the funds raised will be donated to Meals on Wheels, No Kid Hungry and America’s Food Fund, which directly benefits World Central Kitchen and Feeding America.

Some of the items up for auction include a hand-beaded Calvin Klein dress that Gywneth Paltrow wore to the 2000 Oscars. “I’m donating a dress I wore to the Oscars (and that holds great sentimental value!) which I will personally hand to you over a cup of tea or a glass of wine,” wrote Paltrow on Instagram.

In an effort to focus on organizations providing food assistance, I have joined the #allinchallenge which is raising money for @mealsonwheelsamerica, @nokidhungry, @wckitchen, @feedingamerica and @americasfoodfund. I am donating a dress I wore to the Oscars (and that holds great sentimental value!) which I will personally hand to you over a cup of tea or a glass of wine. Go to allinchallenge.com to bid as 100% of funds will go to help Americans currently experiencing food insecurity. I love you @garyvee for being part of this. I now challenge @drewbarrymore @camerondiaz and @lakebell.

The Friends cast has also joined in on the action, offering a chance for fans to come and view the taping of their upcoming reunion special. “Your Friends from FRIENDS want you to know something… We are all in!!,” posted Lisa Kudrow on Instagram. “You may have heard about the reunion special we are doing for HBO Max, well… WE ALL want YOU and five of YOUR friends to join the 6 of us on Stage 24.” The winning group will get to have coffee with the cast on the Central Perk set in addition to free airfare and one night’s hotel accommodation.

Hi everyone. Your Friends from FRIENDS want you to know something… We are all in!! You may have heard about the reunion special we are doing for HBO Max, well… WE ALL want YOU and five of YOUR friends to join the 6 of us on Stage 24. Be our personal guests in the audience for the taping where you’ll see us all together again for the first time in AGES, as we reminisce about the show and celebrate the fun we had. PLUS sip a cup of coffee with us in Central Perk and get the “Friends” VIP experience on the Warner Bros. Studio Tour. Go to AllinChallenge.com and give WHATEVER you can- $10, $25 – every dollar counts. 100% of proceeds will go to @nokidhungry, @mealsonwheelsamerica and #AmericasFoodFund which benefits @FeedingAmerica and @WCKitchen You in? #ALLINCHALLENGE Stay safe, see you SOON

According to Forbes,” a walk-on role with Leonardo DiCaprio and Robert DeNiro in Martin Scorsese’s next film, plus lunch with Leo and the cast, has raised the most money so far.”

Experiences offered by Canadian celebrities as part of the All In Challenge include a lemonade stand manned by Hugh Jackman and Ryan Reynolds at the winner’s house; four tickets to a Drake concert near the winner’s hometown, a private party with Drake and his crew, and round-trip airfare on the singer’s personal jet, Air Drake, for the winner plus seven guests; and a private performance of “One Less Lonely Girl” by Justin Bieber at the winner’s home.

I was nominated by my brother the ? @tombrady for the ALL IN CHALLENGE for Corona Relief and this is what we came up with @cargojet @delilah @nike @welcomeovo @michaelrubin

Other big names who have joined the challenge include Drew Barrymore, Megan Thee Stallion, Ellen Degeneres, Kevin Hart, P!nk and Lin-Manuel Miranda. Peruse the complete list of offerings (currently at 76 and counting) on AllInChallenge.com.