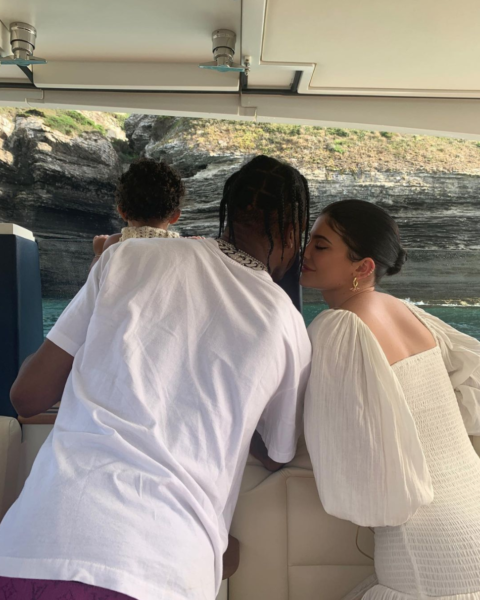 From Kim Kardashian’s tribute to Miley Cyrus's appreciation of her pops's iconic mullet, here’s how some celebs honoured their dads (and the fathers of their kids) on social media.

Despite ongoing COVID-19 restrictions preventing large in-person gatherings, celebrities still took to Instagram to celebrate all the dads and baby daddies in their lives on Father’s Day 2021. Here’s how some stars honoured the father figures in their lives on social media and some of the sweet things they had to say.

Kim Kardashian posted a series of photos honouring all the dads in her family (past and present), including her late dad Robert Kardashian and her soon-to-be ex-husband, Kanye West, father to their four children. Kardashian wrote: “Happy Father’s Day to all the amazing dads in our lives! Love you unconditionally!”

Chrissy Teigen posted a photo of her husband, John Legend, and their two kids, Miles and Luna. The caption reads: “There are no words. Only tears that I am fresh out of. To our everything, we love you forever.”

Madonna took to Instagram to wish both herself *and* her dad a happy Father’s Day. This isn’t the first time the queen of pop and single mother of six has celebrated the holiday. Last year, she posted a photo with her kids as a tribute to “every parent out there doing their best.” In 2018, she posted a selfie with a #momdad hashtag, proving once again, that she can truly do it all.

Jessica Biel posted a series of photos on Instagram honouring her husband, Justin Timberlake. “Baby, you are the moon, the stars and the sour cream pound cake of my life … You bring the light into our lives in so many ways,” Biel captioned the photo. The couple welcomed their second child, a boy named Phineas, last July during the COVID-19 pandemic.

Though speculation on Kylie Jenner and her former partner, Travis Scott, reconciling since their split in 2019 is near-constant, one thing is for certain: the couple are excellent co-parents. The pair was attended the 72nd annual Parsons Benefit in New York City with their three-year-old daughter, Stormi last week. Jenner gave a shout out to the rapper on Instagram for Father’s Day, captioning the photo: “One day isn’t enough to honour the dad you are. We are so blessed to have you.”

Last September, Gigi Hadid and her boyfriend, Zayn Malik, welcomed daughter Khai into the world. To honour Malik’s first Father’s Day, Hadid posted an intimate photo of him with Khai beside a warmly lit globe. Additionally, Hadid made a separate post for her dad, Mohamed Hadid. “I love you so much and have loved watching you be the sweetest Jido to Khai,” the caption reads.

Though pandemic restrictions have caused their fair share of mullets, country singer Billy Ray Cyrus remains the original mullet king. Miley Cyrus honoured her dad in a series of photos on Instagram, along with a video of the father-daughter singing duo. “Happy Daddys Day Legend! Thanks for teaching me the true meaning of a mullet!” the caption reads.

Newlywed Ariana Grande graced us with a baby photo of herself in the arms of her dad, Edward Butera. “I love you endlessly. I cherish every moment of our time together, I cherish our facetimes, your laugh! Making you laugh! I cherish the parts of me that remind me of you (there are very many). They make me smile. You make me smile. I love you and I am deeply grateful for your being in my life and proud to be your daughter everyday. Happy Father’s Day,” her caption reads.

Photography via instagram.com/kyliejenner
Get the best of FASHION in your inbox Thanks for signing up!
The latest fashion, beauty and celeb news delivered right to your email #FASHIONforall Now, check your inbox to complete your subscription
We won’t ever use your email address for anything else
Want even more FASHION? Follow us on social media.