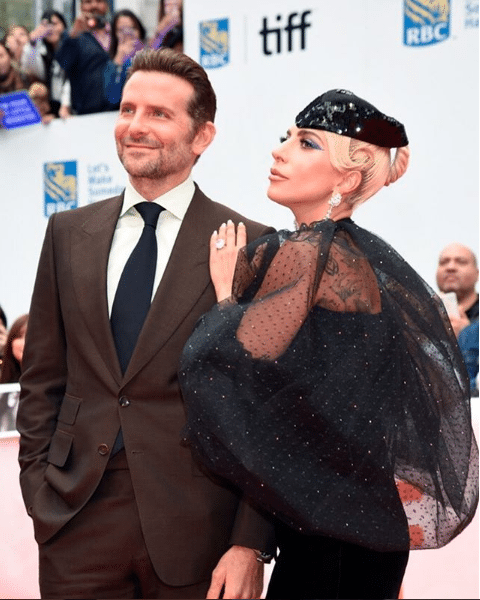 Every year at TIFF, there’s a handful of films that critics and film buffs alike are exceedingly excited to see. And of that handful sometimes there’s one, just one, that overtakes the conversation. This year, that film is A Star is Born.

Lady Gaga in her first cinematic lead role! Bradley Cooper’s directorial debut! Bradley Cooper singing! The achingly romantic chemistry between the leads! A retelling of an iconic and cherished film franchise! There was a lot of hype. And boy, did the film deliver. (I haven’t been covering TIFF that long but it’s the first time in my experience that an audience gave not one but two standing ovations to the cast of a film—and an audience of 2000 no less.)

While there are excellent supporting actors in this film—Dave Chappelle, Sam Elliott and Anthony Ramos—the movie belongs to the two leads through and through. Gaga, as the anonymous but mega-talented singer/songwriter Ally discovered by Cooper’s alcoholic superstar Jackson, took everyone’s breath away—the second standing ovation of the night was solely for her, leaving her near-speechless and in tears—but it was clear just how much of that performance she felt she owed to Cooper. At the audience Q&A following the film’s premiere, Gaga, as well as the rest of the cast, brought the conversation back to Cooper at every turn, effusive in their gratitude and praise of his direction. “So sensitive,” said Chappelle; “some sort of genius,” said Elliott; “tireless,” said Gaga. In short, it was a Bradley Cooper lovefest.

“This was the greatest artistic experience of my career,” said Gaga. “Working with [Cooper], working with every single person on this stage, connecting with everyone. Yes, I am interested in acting more but I am spoiled. I’ll tell you something. I am spoiled… I watched [Cooper] work tirelessly on this film, giving it everything. You never stopped.”

And Cooper, in turn, seemed just as moved and grateful to have her by his side.

“I can’t imagine having the courage to do this without her,” he said. “I knew she was going to give all of herself to me and become the actress she wanted to be, and I would give all myself to her and be the musician Jackson had to be.”

It’s hard to decide who was the biggest winner of the night, but one thing is clear—both Cooper and Gaga would be happy for the other to get that crown.

Photography via instagram.com/ladygaga
Get the best of FASHION in your inbox Thanks for signing up!
The latest fashion, beauty and celeb news delivered right to your email #FASHIONforall Now, check your inbox to complete your subscription
We won’t ever use your email address for anything else
Want even more FASHION? Follow us on social media.