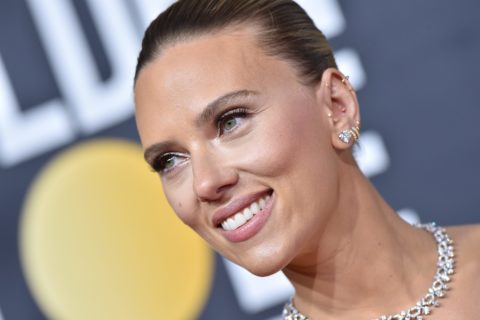 This is what has everyone talking.

This morning, the nominees for the 92nd Academy Awards were announced, with plenty of recognizable names popping up on the list – and plenty also being snubbed. Here are the five key takeaways from this year’s nominations:

Despite landing Golden Globe and Critics’ Choice nominations for her role as Ramona in Hustlers, Jennifer Lopez sadly did not receive a nod in the Best Supporting Actress category for this year’s Oscars. It was widely expected that Lopez would be nominated, having received critical acclaim for her portrayal of Samantha Barbash based on New York Magazine‘s 2015 article, “The Hustlers at Scores.” Other notable snubs include Awkwafina for her role in The Farewell, Lupita Nyong’o for Us and Eddie Murphy for Dolemite is My Name.

There were no female directors nominated in the “Best Director” category, again

As with the Globes and BAFTAs before it, the Oscar nominations for Best Director were disappointingly exclusive. There were no female directors nominated in the category, which led Issa Rae (who was announcing the nominations with John Cho) to say, “Congratulations to those men” at the conclusion of the announcement. Naturally, Twitter was totally here for that.

Issa Rae gives the best reaction after not a single woman was nominated for Best Directing at the 2020 Oscars. #OscarNoms

There is also a distinct lack of racial diversity –Cynthia Erivo is the only person of colour nominated in the acting categories.

Scarlett Johansson is having a very good day after it was revealed that the actress has been nominated in the Best Lead Actress and the Best Supporting Actress categories for her roles in Marriage Story and Jojo Rabbit respectively. She is only the 12th actor ever to land a double nomination in the awards’ history. Interestingly, of the 11 actors who have landed the honour previously, eight have been women: Fay Bainter (1938), Teresa Wright (1942), Jessica Lange (1982), Emma Thompson (1993), Holly Hunter (1993), Julianne Moore (2002) and Cate Blanchett (2007). The nominations also serve as her first Oscars nominations ever.

Cynthia Erivo also scored two nods this year for Harriet: one for Best Actress and one for Best Original Song, Stand Up.

After winning at the Globes, foreign language film Parasite has made history today as the first South Korean film to be nominated for Best Picture and Best International Film at the awards. Its director Bong Joon Ho was also nominated for Best Director, whilst the film also scored nods in the  Best Original Screenplay and Best Film Editing categories.

Joker is the most nominated movie for this year’s awards

It looks like 2020 will be the year of the Joker with Todd Phillips’ dark drama landing a total of 11 nominations, including Best Picture, Best Director, Best Actor, Best Adapted Screenplay, Best Film Editing and Best Sound Editing.