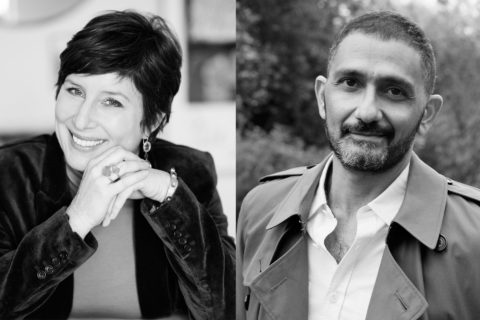 We speak to the two noses about their longstanding relationships with the fashion brands.

Monogamous creative relationships are unusual in the perfume industry, where few perfumers enjoy in-house status at venerable houses. Masters like Christine Nagel (Hermès), Mathilde Laurent (Cartier), Olivier Polge (Chanel), François Demachy (Dior) and Thierry Wasser (Guerlain) are exceptions. Most perfumers work at one of the major raw materials companies (like Symrise, Firmenich, IFF or Givaudan) and compete against their peers to win a perfume brief, one gig at a time. Acclaimed perfumers Daniela Andrier and Francis Kurkdjian are rare exceptions who enjoy the best of both worlds: They get to define the olfactive signatures of a brand’s fragrance pillars, providing continuity as the scents evolve, and also refresh their creativity with other challenging projects.

“I consider that my work is almost like I’m a translator and I have this language, which is an olfactive language, so if I understand the brand, I can translate it into a smell,” Daniela Andrier explains from her office at Givaudan. “With time that goes by, you understand better who you are and you know for whom you should work.” Over the past 30 years, she says, she has thrived the most in creative exchanges with a strong designer within a brand, whether the artistic sensibility is classical (like Tiffany & Co.) or postmodern—“for example, with Maison Martin Margiela, I did (Untitled), which was a beautiful adventure.”

The renowned nose has worked continuously with Prada’s co-CEO and fashion designer Miuccia Prada and been behind most of Miu Miu’s and Prada’s perfumes since 2003, from the ingredient-focused Les Infusions range and dynamic Luna Rossa colognes to the new Miu Miu Twist. “When I’m working with Mrs. Prada, there’s a mutual sympathy and a very silent correspondence; there is something that is just connected,” says Andrier.

“I’ve been thinking a lot about the work I’ve been doing for [Mrs. Prada] and why it is so different from everything else I’ve worked on, and I guess my conclusion is that I learned lots from just looking at her work,” she explains, referencing the designer’s penchant for unexpected juxtapositions of colour and material. “The perfumer I am today has been very much educated by her vision of femininity: its relation to the contemporary and the traditional, the brutal and the beautiful, the precious and the brittle, the ugly and the elegant—all these contradictions.”

Andrier says she was a customer first, captivated by the richness of the materials that shape Prada’s point of view. “The whole way it nurtures itself from history: movies, literature and the art of costume—all these references in the details on that coat or this skirt,” she says. The challenge is capturing the wit of memorable ready-to-wear collections—the soft, luminous whimsy of a fairy collection (Prada Spring 2008) of gossamer-silk pixies paired with hearty ribbed knitwear or the deshabille of a cardigan worn under a sundress (Prada Fall 2013)—in a fragrance.

Andrier mentions that all of her Prada/Miu Miu products sit on a nearby shelf; I suggest that the flacons must now total more than 50. “I’ve never even counted them, but if I turn around, it’s like, wow, a lot,” she laughs. “I think I am more than anything very much like an in-house perfumer in my state of mind because I’m a monomaniac person—very obsessive in my way of loving and admiring.”

“I can be a bit of an uncompromising person—I have to work to keep it cool,” Andrier adds ruefully. “I’m better off working for brands that are looking for that kind of personality and want that. And [Mrs. Prada] does.” Take the confectionery of Prada Candy: “She gave very clear in­structions,” Andrier said in an interview when the fragrance was launched. “A caramel but not half of a caramel. Uncompromised and daring.”

“I admire her a lot,” Andrier says now. “I’m happy to give my intransigence to her rather than to brands that don’t give a shit!” She pauses conspiratorially and then adds: “This is kind of a déclaration d’amour. If Mrs. Prada asked me tomorrow ‘Do you want to be my in-house perfumer?’ I would say ‘Of course.’ I would do it immediately.” But, she admits, “I’m not so sure I would do it for someone else, because that would mean I could no longer work for her.”

Competition against other perfumers is how Francis Kurkdjian, who also composes for the eponymous fragrance house he co-founded in 2009, lands gigs with clients like Carven and Elie Saab. And it was the same process even for his sub­sequent iterations of Le Male, his 1995 blockbuster for Jean Paul Gaultier. “Whether it’s a long-term working relationship or a one-off, the uncertainty is always there,” he says. That is, except for his ongoing work with Burberry.

“Over the years, you learn to find a vibration that fits with a brand” is how Kurkdjian puts it. Burberry’s fragrance creation has been almost exclusive to him for the past five years—even for the home fragrance collection, which, he points out, is unique.

In the beginning of his relationship with Burberry, Kurkdjian researched the history and fundamentals of British perfumery, which, even before the brand’s heritage and attitude come into play, distinguish it from American or French perfumery traditions.

“You build your own playground where you define lines,” explains Kurkdjian. “De­fining limits is very difficult—it’s my job. But once you do, it’s very easy.”

Bright and blossoming . Introducing Her Blossom, a new #Burberry fragrance inspired by springtime in London. A walk through sunshine-soaked city parks and down petal-covered paths . #BurberryBeauty #BurberryHerBlossom #BurberryHer

“The brands that work with me laugh and say that I’m a 360 perfumer because I always need to know and understand the where, when, what and why beyond the smell,” he says. “It’s not just what you want to create as a scent; it’s the meaning of the scent you want to create, which is not the same thing. You need more depth.” That’s not marketing positioning—it’s knowing where a brand or a company is within its own history.

During the creative process for Burberry Her, for example, the brand’s feminine scent launched last fall, Kurkdjian wasn’t aware of its name (most perfumers aren’t) but was able to intuit early on that it should be “more obviously feminine than My Burberry [his previous pillar for the house] and more joyful and playful.” For the forthcoming follow-up, Burberry Her Blossom, he pulled out elements of the tomboy sensuality with facets of plush plum and airy peony.

“Part of my vision was to have a rather masculine woman,” says Kurkdjian. “Things were not explained to me like that—with the idea of Cara [Delevingne] being the face—because at the very beginning, no one knows. But in the brief, I could feel that.”

Click below for more perfumers who create fragrant cohesion for designers and brands: 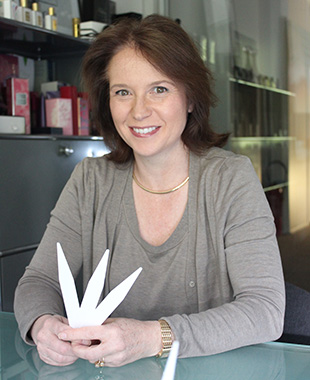 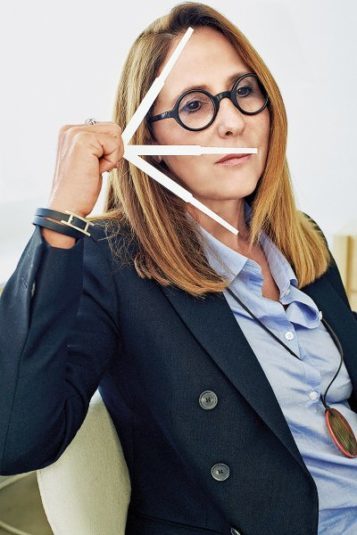 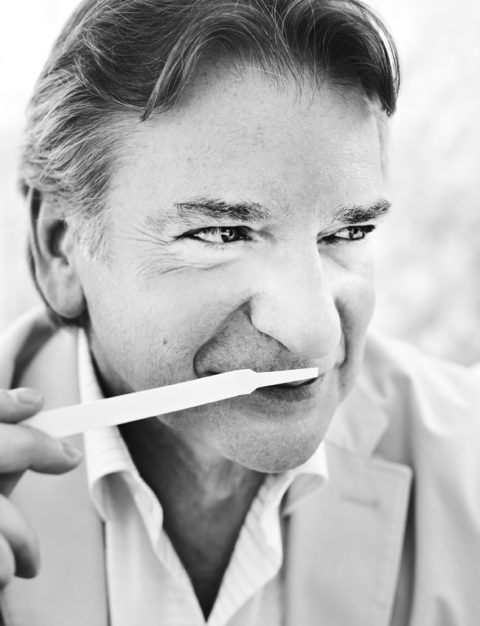 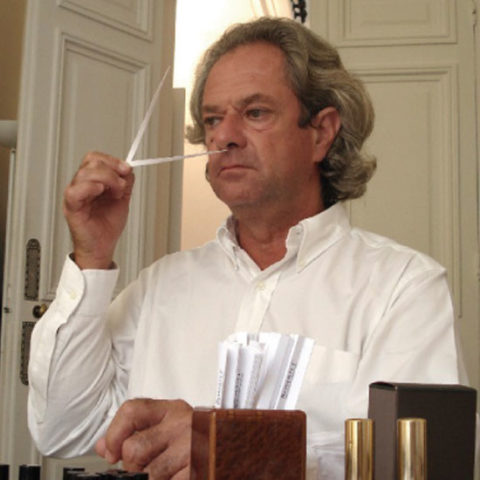 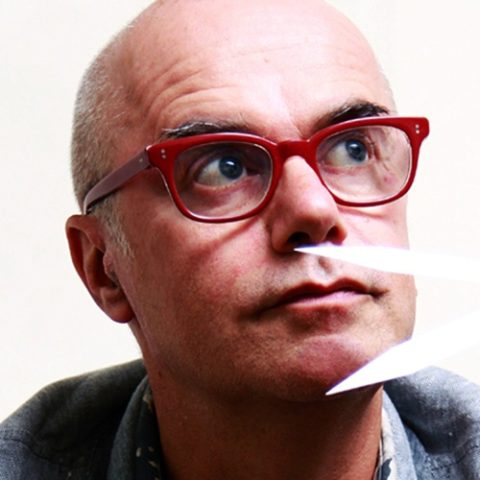 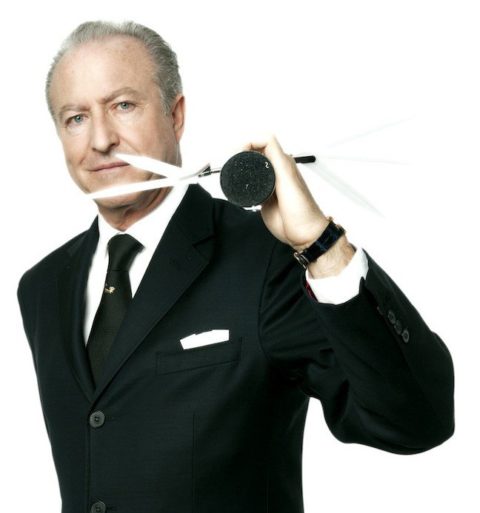 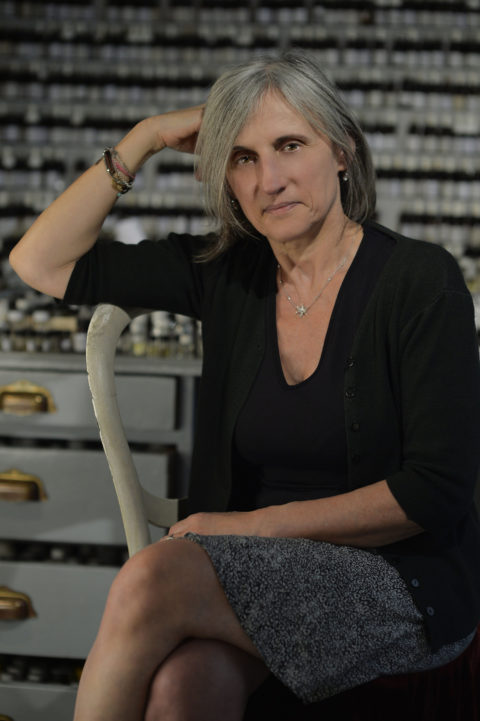 Calice Becker created blockbusters like Tommy Girl and J’adore and most of Kilian’s perfumes since the brand was founded by Kilian Hennessy in 2007.

Before joining Hermès in 2014, Christine Nagel created Narciso Rodriguez For Her and more than two dozen contemporary colognes for Jo Malone.

Many of Bottega Veneta’s standouts are Michel Almairac’s creations, even though he launched his own line Parle Moi de Parfum with his wife and sons in 2016.

Bertrand Duchaufour has formulated many scents for Eau d’Italie and L’Artisan Parfumeur, as well as Penhaligon’s and Comme des Garçons.

Alberto Morillas is famous for CK One and Marc Jacobs Daisy, but he’s also the de facto in-house nose behind your Kenzo, Bulgari and Giorgio Armani favourites.

Isabelle Doyen’s sensibility is the continuity of the beloved French house Goutal; she also formulates scents for LesNez and Naomi Goodsir.