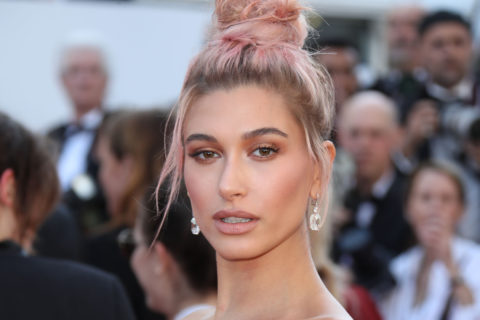 In His Kit: The Drugstore Makeup Hailey Bieber’s Makeup Artist Swears By

One look at makeup artist Robert Sesnek's client list and you'll trust anything he has to say.

If you’re a fan of red carpet makeup, make sure Robert Sesnek is on your Instagram feed. The New York-based celebrity makeup artist is known for painting the famous faces of Hailey Bieber, Chrissy Teigen, Lucy Hale and Adriana Lima to name a few, and when we found out that the makeup pro was a go-to artist for German drugstore brand Catrice Cosmetics, we couldn’t wait to ask him about his holy grail budget picks. Turns out, Sesnek had been using Catrice in his kit months before the partnership began. “The eyeshadow palettes are really what got me started and hooked,” he says. “I was doing a shoot with a client and had a whole bunch of palettes laid out and she said, ‘Let’s try that colour.’ I had never used Catrice before and was so impressed with the pigments and quality. It was like a domino effect.”

Here, Sesnek gives us the low-down on his go-to bargain buys (which are all under $15, BTW), his A-list makeup tricks and more.

On the bargain buys in his makeup kit:

“Definitely Catrice’s HD Liquid Coverage Foundation. I try and use as little foundation as possible — I like skin to look like skin — and that’s where the HD Foundation comes in. It really hides imperfections, but leaves your complexion still looking like skin. You can wear it as full coverage or sheer it down, and it has an element of luminosity to it, which I absolutely love. Plus, it’s multi-purpose: I can also use it as a concealer and contour.

The new BB Cream is almost like a treatment [for the skin] because it contains shea butter, so it’s hydrating. It knocks out redness and helps to clean everything up, but it’s not full coverage, so it’s a really easy everyday foundation option. I like to use it when I’m trying to knock out redness around the eyes and on the lids, which many people have, because I’m treating the area while toning down redness.

And I’m addicted to the SUNGASM Face & Body Highlighter. I always like to hit the high points of the face and all of that, but my trick is taking a damp sponge afterwards and almost pressing the highlighter into the skin so that you’re taking away that streaky, Tin Man-metallic look. Pressing the product in with a damp sponge almost makes it become one with the skin.”

On some of his favourite makeup looks he’s created on clients:

“One of my favourite clients that I work with is Adriana Lima. I absolutely adore her because she’s one client who will be like, ‘Baby, just do your thing.’ We’ve done some amazing makeup looks for the Cannes Film Festival that I feel are pretty iconic and that I’m very proud of. I do love her with a very strong lip.

And Hailey is another one. We knocked it out at Cannes the year she had pink hair.”

On a celebrity his dying to work with next:

“I will never forget the time I was in Tokyo with Hailey. We were there for five days doing a whole bunch of press and working with Tommy Hilfiger. It was non-stop. When we landed, my makeup suitcases were MIA. I was like, ‘You have got to be kidding me.’ I ended up getting my bags, like, five hours later but we had to do press as soon as we got there and I literally had nothing. Hailey, thankfully, had a foundation, highlighter, mascara and a lipstick on her and so those ended up becoming her look.

Her foundation became foundation and concealer. We didn’t even powder it down. Her lipstick was not only her lip colour, but also became her blush and eyeshadow. I burned that lipstick down to the nub by the time I was done with it! I smoothed it out on the back of my hand and pressed the colour in by finger tapping it on to her lids, cheeks and lips. I had her blot her lips for a matte effect and then finished her eyes off with mascara and lit her face with highlighter. It was a very cohesive, creamy look — and thank goodness for that perfect rosy-berry lipstick shade! I was actually really proud of what we created and thought to myself afterwards, ‘Maybe I didn’t have to bring two full makeup suitcases. Maybe I could have just winged this whole trip with, like, 10 products.’”

On his must-do makeup steps:

“Moisturizer and skincare, hands down. No matter how dramatic and editorial or simple and clean a makeup look is, it all comes down to skin. When skin is prepped, moisturized and hydrated it can handle all the makeup that goes on after. Putting makeup onto dry skin gives me nightmares because it will never lay right and will always look cakey. So I always moisturize a client’s skin and use a finishing spray, like Catrice’s Prime and Fine Dewy Glow Fixing Spray, after makeup.”

Photo by Mike Marsland/Mike Marsland/WireImage
Get the best of FASHION in your inbox Thanks for signing up!
The latest fashion, beauty and celeb news delivered right to your email #FASHIONforall Now, check your inbox to complete your subscription
We won’t ever use your email address for anything else
Want even more FASHION? Follow us on social media.