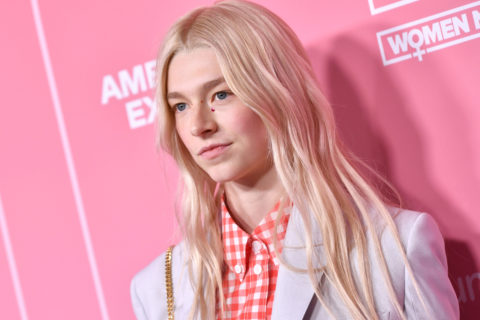 The brand described the actress as "creative, expressive and authentic."

The 20-year old trans actress and artist has skyrocketed into the public eye this past year, largely thanks to her role as trans teen Jules Vaughn on HBO’s Euphoria, in which she stars alongside Zendaya. She’s also a favourite in the fashion industry, having walked the runways for the likes of Dior, Rick Owens, Marc Jacobs and Miu Miu.

James Boehmer, the global artistic director for Shiseido makeup, praised Schafer saying, “She really represents the current zeitgeist of beauty in that there are no rules, no boundaries and no restrictions.” He continued, “Similar to [the brand], Hunter is both modern and timeless. She continues to write her own narrative, which is what we encourage people to do with makeup.”

As for what she wants to accomplish in her role, Schafer says, “I want to bring more visibility to the notion that you can move beyond one beauty ideal or standard. I’m about levelling up and finding your own frequency in makeup.” She also believes attitudes towards makeup are changing. “From what I’ve seen in the beauty world, I think we’re experiencing a massive movement toward something more artistic and binary. I think that’s important because makeup is for everyone if they want it. It’s an exciting tool. There’s a greater understanding of the universalness that can be attached to makeup.”

Schafer will make her campaign debut for the brand in 2021. Watch this space.

Photo by Emma McIntyre/Getty Images for Billboard
Get the best of FASHION in your inbox Thanks for signing up!
The latest fashion, beauty and celeb news delivered right to your email #FASHIONforall Now, check your inbox to complete your subscription
We won’t ever use your email address for anything else
Want even more FASHION? Follow us on social media.