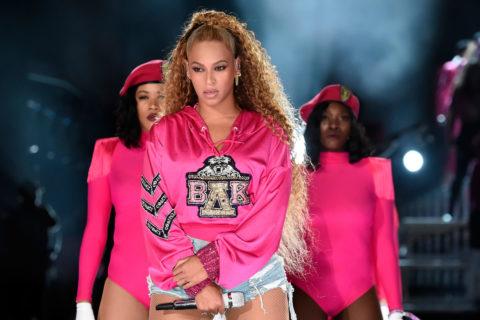 If there’s one beauty product we here at FASHION will never get sick of trying, it’s mascara. And with good reason. A good mascara has the ability to transform your overall look in just one swipe (woke up five mins before your morning Zoom meeting? A lashing of mascara will make you look like you’ve been awake for hours) and with so many innovations and new launches in the space, there’s always one (or 10) to try. We also love knowing what’s in the kits of the world’s top makeup artists and Sir John – the man responsible for some of Beyoncé’s most iconic makeup looks – has just revealed his favourite mascara, which you can pick up at your local drugstore for under $20.

The renowned MUA joined skincare guru Tata Harper for an Instagram Live session last night, during which he shared his go-to 15-minute beauty routine when he’s in a time pinch (which he says he perfected whilst working in a strip club earlier in his career). After walking Harper through an easy eye look, Sir John had nothing but praise for the L’Oréal Paris Air Volume Mega Mascara (which launched in Canada this month). Talking to Harper and viewers he said, “Look at this guy, look at this brush. This brush has so much product on it, I can’t even describe to you… if you know makeup like I know makeup, this is the brush to have.”

The newest formula from L’Oréal Paris (for whom Sir John is an ambassador) has a double-bristle brush which simultaneously catches roots from the lashes and evenly distributes the air-whipped formula to deliver max volume.

This isn’t the first time Sir John has opted for a mascara from the brand either – to create Beyoncé’s now-legendary Coachella beauty look, he used the L’Oréal Paris Voluminous Lash Paradise mascara.

Sir John also shared a variety of top tips during the tutorial – like starting to fill your brows in above the pupil so it doesn’t look too dense in the middle and dragging your eyeliner with your finger to create the perfect feline flick.

Watch it in full below: