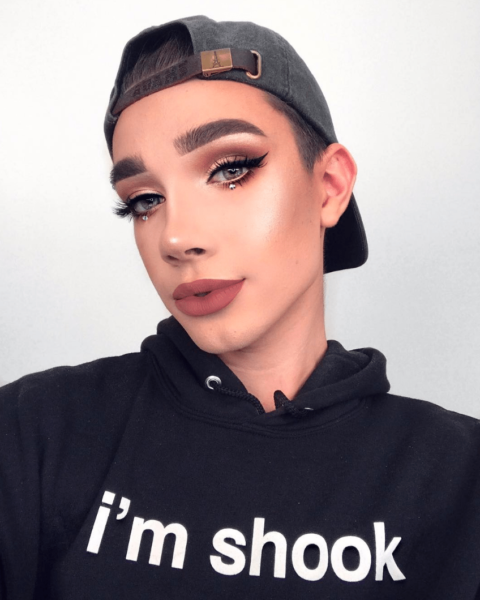 "I aware that the tweet was extremely offensive and degrading."

James Charles is issuing several apologies after tweeting a controversial “joke” about Ebola.

The 17-year-old aspiring makeup artist, who was named CoverGirl’s first male ambassador last year, enraged Twitter on Thursday when he tweeted, “‘I can’t believe we’re going to Africa today omg what if we get Ebola?’ ‘James we’re fine we could’ve gotten it at chipotle last year.'”

I will no longer support your company as long as he's on the campaign. This was stereotypical & degrading to Africa. @COVERGIRL @COVERGIRL pic.twitter.com/RpgMp1lqfg

Charles immediately received backlash from the Twitterverse for insinuating travelling to Africa would result in contracting Ebola. But according to Affinity Magazine, he refused to take responsibility for his statement, blocking any users who called him out.

Several hours later, James deleted all the tweets, and issued his first apology via Twitter, writing, “I am extremely sorry. Regardless of my intentions, words have consequences. I take full responsibility and will learn to do better.”

I am extremely sorry. Regardless of my intentions, words have consequences. I take full responsibility and will learn and do better.

@jamescharles but when people tried to teach you, you threw a fit and blocked people lol. But nah you're not getting off that easy

@heathadiaz @jamescharles Seriously..he is only saying sorry because he doesn't want to lose that covergirl deal. He's disgusting.

James then issued a longer apology, which was meant to be less “bullshit” than the first, saying he was “aware that the tweet was extremely offensive and degrading.”

“I posted it to make fun of my friend’s mistake, but did not think about what the tweet as a whole was implying. It was never my intent to offend anyone and I am sorry,” he wrote. “As a white cis male, I recognize my privilege and would never want to take that for granted, but I fucked up.”

However, he made matters worse when he referred to Africa as a country.

James tried to correct the gaffe, tweeting, “I misspoke & said country because we are traveling specifically to South Africa only. I know Africa is a continent and wanted to post an ACTUAL, GENUINE apology as soon as physically possible.”

ACTUAL, GENUINE, apology as soon as physically possible. I have a million things in my head right now. I am sorry and want to fix it somehow

Still, Twitter users were not having it, with many pledging to boycott CoverGirl if they didn’t drop Charles from their roster.

@COVERGIRL James Charles should have his contract revoked. Just because a tweet can be deleted, doesn't mean it wasn't written.

#boycottcovergirl this is so wrong. If covergirl wants a coverboy they should have picked one with a good heart and not racist. @COVERGIRL

@COVERGIRL drop James Charles or I will boycott all your products. His tweet abt Africa was unacceptable- ignorance should not be tolerated

“James Charles’ tweet does not represent COVERGIRL’s perspective. We agree his statements were inappropriate but appreciate that he has issued an apology. We are an inclusive brand and respect all people and cultures.”

Photography via Instagram/jamescharles
Get the best of FASHION in your inbox Thanks for signing up!
The latest fashion, beauty and celeb news delivered right to your email #FASHIONforall Now, check your inbox to complete your subscription
We won’t ever use your email address for anything else
Want even more FASHION? Follow us on social media.