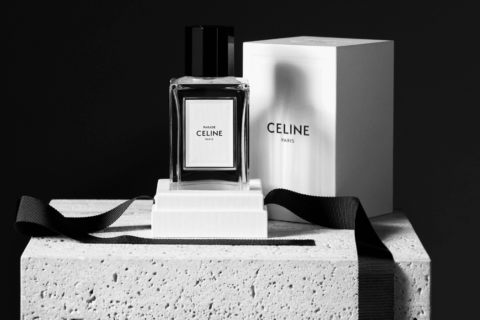 Behold, Hedi Slimane’s first Celine fragrance is on its way

Update: There will be 11 scents on offer.

Overnight, the world was given the first glimpse at Hedi Slimane’s debut Celine fragrance. The French fashion house is expanding into scent for the first time in many years under Creative, Image and Artistic Director Hedi Slimane – and the industry is abuzz with intrigue.

The expansion into fragrance was first announced alongside Slimane’s appointment at the helm of the storied house back at the start of 2018. In addition to completely overhauling the brand’s aesthetic (to much criticism), introducing menswear and changing its logo, the designer has also found the time to design a range of fragrances in that time.

An image was shared on Celine’s Instagram that depicted what looked like three metal mould casings all separated out. And although the image didn’t necessarily hint at a fragrance, the caption most certainly did. The brand wrote, “Celine Haute Parfumerie Collection Debut,” to accompany the shot.

In addition to the image, a video of the pieces was also shared on the social media platform with the caption, “15 years after the creation of Maison Christian Dior perfume collection, Hedi Slimane presents his Haute Parfumerie Collection for Maison Celine.”

Slimane was indeed the man behind Dior’s first menswear fragrance line, and as with its sartorial offering, LVMH-owned Celine is likely looking to emulate his previous successes in the field. The scent from Slimane will be the first in many years for the brand, whose first scent, Vent Fou, launched back in 1964. Interestingly, despite her prior experience in launching cult-favourite (and top-selling) perfumes for brands like Loewe, Louis Vuitton and Chanel, Slimane’s predecessor Phoebe Philo never created a scent for Celine during her 10-year stint.

There’s no word yet on the scent profile or a release date for the collection, however the brand has certainly captured attention around the world with the video having racked up almost 16,000 views since it was posted 19 hours ago. Watch this space.

Keeping in line with Slimane’s gender-fluid aesthetic, there will be 11 unisex fragrances on offer with notes of iris, chypre, rose and tree moss. According to a statement from the brand, “the perfumes distill the reminiscences of a moment, a place or people dear to [Slimane].” Additionally, “The faceted accords and compositions in the collection deliberately make no distinction or separation between traditional masculine and feminine notes. They harmonize or blend together in a continuous questioning of modernity and identities.”

Nine of the 11 scents will be released across the fall with a split of daytime and evening scents. According to WWD, Parade, Saint-Germain-des-Prés, Dans Paris, Cologne Française, La Peay Nue and Eau de Californie are the day scents whilst Reptile, Black Tie and Night Clubbing are, you guessed it, made for the night. The final two scents, Bois Dormant and Rimbaud, are slated for release in 2020.

The bottle has been designed in a rectangular glass shape with sharp edged fluting and a black lacquered lid inspired by late 17th-century classicism, according to a release. Plus, there’s plans to open a store dedicated to the Celine fragrance offering in Paris in the coming months.

Photograph courtesy of Celine
Get the best of FASHION in your inbox Thanks for signing up!
The latest fashion, beauty and celeb news delivered right to your email #FASHIONforall Now, check your inbox to complete your subscription
We won’t ever use your email address for anything else
Want even more FASHION? Follow us on social media.