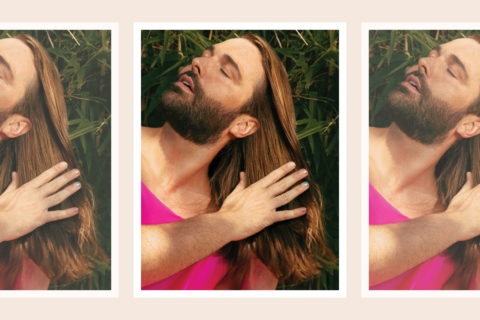 Jonathan Van Ness on the Power of Hair

The "Queer Eye" star is bringing his upbeat brand of hair wisdom into your morning shower.

It’s safe to assume that Jonathan Van Ness is your favourite member of the Fab Five. While the whole cast of Queer Eye is undeniably lovable, the breakout success of Van Ness, the show’s resident hair and grooming expert, is easy to understand. His positive attitude and his ability to put anyone at ease with his unapologetically steadfast commitment to being himself are magnetic. It even recently landed him his own Netflix series, Getting Curious With Jonathan Van Ness. It’s the same charmingly optimistic approach he was inspired to bring to the masses with JVN, his recently launched line of hair products.

“Our hair is a versatile, powerful accessory, and it has an incredible ability to improve our confidence,” says Van Ness, who has worked with the gamut of clients on Queer Eye, including those who had given up on their hair completely by neglecting to wash it or preferring to cover it up with a wig. “It’s such an intimate relationship, and I want to empower people with more knowledge about how to care for it.”

In order for JVN — which includes shampoos, conditioners, treatments and styling products — to be as inclusive as possible, Van Ness, who is nonbinary and uses all pronouns, looked beyond gender lines and clichéd hair types. Instead, he focused on creating formulas that would function more like skincare in order to treat the hair and scalp for long-term health. “In reality, hair is hair is hair,” he says. “Whether it’s straight, fine, kinky or curly, all hair has the same concerns. Either it’s too dry, it lacks strength or it needs more bulk and volume.”

Van Ness was inspired to make hemi-squalane the star ingredient of the JVN line after seeing the miracles it worked on the breakage along his own hairline after years of intense grooming in the name of being TV-ready. “I went from regularly wearing a gentle yogi pony to heat styling my hair every single day on Queer Eye,” he says. Naturally derived from sugar cane, hemi-squalane is a hot-ticket ingredient: Not only is it able to penetrate the hair shaft but it has also taken the skincare industry by storm thanks to its mega-hydrating results. “I really tried to create this line using the knowledge from my years of experience but also as a lifelong hair fan,” he says.

Before starting his television career, Van Ness put in years of work sharpening his hair skills, including studying at an Aveda Institute. (He was inspired by his mom, who was one of many self-proclaimed Aveda obsessives in the late ’90s.) After apprenticing and working for various salons, he opened his own space with a friend while living in L.A. He still cuts and colours clients’ hair from time to time, but it’s his friends and family who benefit most from regular attention while he tests his new JVN concoctions. “I was just on a working trip with some friends in Hawaii, and I think I did 16 blow-dries and took five pages of notes!” he says.

The hair’s integrity is important to Van Ness, who has spoken out about his own struggles with psoriasis and fears about genetic hair loss. The latter is only one of the reasons he prefers to wear his natural curls down to his shoulders. “I grew up in a really small, conservative town, so being able to grow my hair long when I was younger was never an option,” he says. For those who haven’t been able to get to a place of self-love when it comes to their hair, Van Ness names his own industry as a common driver of negativity. “Being in a place of acceptance is really important,” he explains. “I think that the beauty industry itself is the source of why so many people feel inadequate about their hair and it hearkens back to inclusivity. You’re already worth celebrating. You don’t need to use any products to feel more beautiful.”

Swipe through the gallery below for Jonathan Van Ness’s best hair advice. 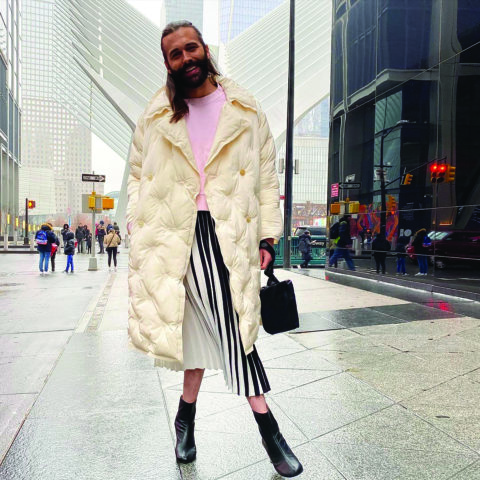 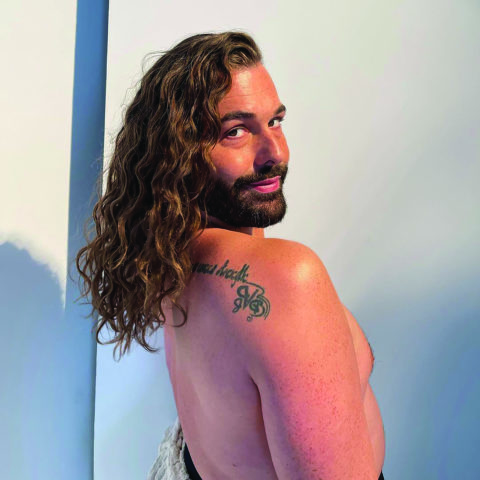 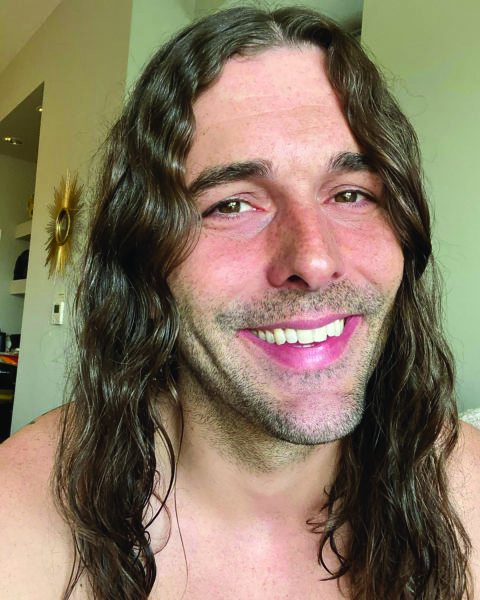 “Hair is art, and art is as unique and multi-faceted as there are people in the world. We don’t have to look any one way; we’re allowed to celebrate our individuality and our uniqueness.”

“It’s important to stay away from silicones. They live on the outside of your hair and prevent other good ingredients from being able to penetrate. Also, always use heat protection! It absolutely fries your hair when you use a 450- degree iron on it without a barrier.”

“I always feel like I want a deep part with a shaggy J.Lo-like curly fringe! I’ve pitched it to hairdresser friends several times, but I’ve never gotten anyone to do it.”