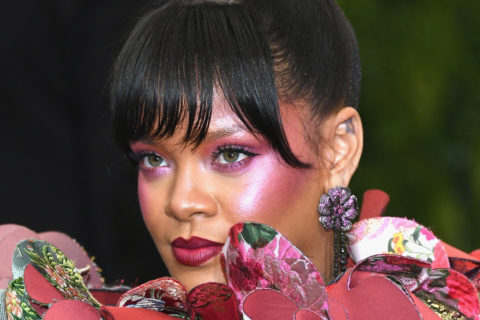 From Cher's iconic 1985 glam to Lady Gaga's campy gold foil lashes, these are the most unforgettable Met Gala beauty moments of all time.

With the announcement of this year’s Met Gala theme — “Karl Lagerfeld: A Line of Beauty” — and its corresponding (yet complicated) dress code, “In honour of Karl,” consider the buzz for the 2023 Met Gala fully underway.

The curiosity and speculation surrounding the looks to come and how the theme will translate onto the Met red carpet in May leaves us feeling nostalgic each year as we look to the past in search of clues. In my stroll down Met Gala memory lane, I found celebrity beauty looks to be equally as captivating as their fashion choices through the years.

Be it an 18th century bouffant reimagined in 2004 or nails dripping with “gilded glamour,” there’s nothing I appreciate more than a Met Gala look that’s completely committed to the theme and brief — a.k.a. do whatever is necessary to make the outfit, hair, makeup, and manicure a moment.

In anticipation of the 2023 Met Gala, we’ve gathered 10 of our favourite Met Gala beauty moments of all time.

Undisputedly a Met Gala icon, did you think this list would exist without Cher? In 1985, the >Believe singer looked every bit a glittering beauty with carved out cheekbones and hazy lavender eyeshadow at the “Costumes of Royal India”-themed Met Gala.

Nothing says ’90s quite like chunky blonde highlights, brown-lined lips, and a brightly baked under eye. And who did it better than Naomi Campbell at the 1995 Met Gala? In her peak supermodel era, Campbell complemented her dazzling Versace gown with pure ’90s glam to attend the “Haute Couture”-themed Met ball.

In 2004, Amber Valletta gave us a historical how-to on baroque beauty with this bleached pompadour. A modern Marie Antoinette, Valletta was precisely on theme with this “dangerously” heightened hairdo for the “Dangerous Liaisons: Fashion and Furniture in the 18th Century”-themed event.

We can always rely on Sarah Jessica Parker for her continual commitment to Met Gala dress codes and dedication to doing anything in the name of a look. It was 2013 and the theme was “Punk: Chaos to Couture” when she paired a complex fishtail bun-meets-braid with a fanned headdress, made by haute couture milliner Phillip Treacy.

Lupita Nyong’o’s 2016 Met Gala look will forever be remembered by this gravity-defying updo (literally). On the “Manus x Machina: Fashion in an Age of Technology” Met Gala red carpet, Nyong’o revealed to André Leon Talley that her towering hair sculpted by hairstylist Vernon François (who also styled her shapely afro at the 2021 Met Gala), was partly inspired by the legendary Nina Simone.

For the “Rei Kawakubo/Comme des Garçons: Art of the In-Between”-themed event in 2017, Rihanna proved herself a master of the “art of the in-between” and the art of Met Gala beauty. Painted by MUA Lora Arellano, RiRi’s Met makeup was the epitome of a statement look, with fuschia-flushed cheeks that melted into metallic pink eyeshadow accented by a bold berry lip.

A real renaissance beauty gone rogue, Lily Collins challenged the notion of “Heavenly Bodies: Fashion and the Catholic Imagination” with her occult-inspired glamour. The look featured a gunmetal smokey eye and Swarovski crystals complete with a single red tear drop. “I’d been thinking about rubies and stigmata and these virginal tears, all the religious iconography that goes with the theme,” said celebrity MUA Fiona Styles, creator of the look, on this symbolic teardrop in an interview with The Hollywood Reporter.

As host of the 2019 Met Gala with the theme “Camp: Notes on Fashion,” Lady Gaga’s entrance was pure camp, complete with four jaw dropping outfit changes. Yet even throughout this theatrical display of couture, we couldn’t take our eyes off of her gold foil lashes and hot pink lip. Crafted by Sarah Tanno, an up-close look at Gaga’s glam reveals black and white graphic liner with under eye jewels, too.

Though it was only her first appearance at the Met Gala, Euphoria star Barbie Ferreira’s vintage glamour-inspired makeup for the “In America: The Lexicon of Fashion”-themed event will go down as one of our favourite beauty moments in Met history. Thin brows, a pop of purple eyeshadow and pearl accents resting at her middle part punctuated the roaring ’20s makeup look by Kali Kennedy.

On a busy Met Gala red carpet, it can be difficult to spot a manicure worth mentioning. But when we do, it’s because it’s truly a work of art. With her golden talons bedecked with silver chain detailing and a wrist chock-full of gold and silver jewels, Cardi B’s manicurist @MarieNailz nailed this look for the “Gilded Glamour” theme.