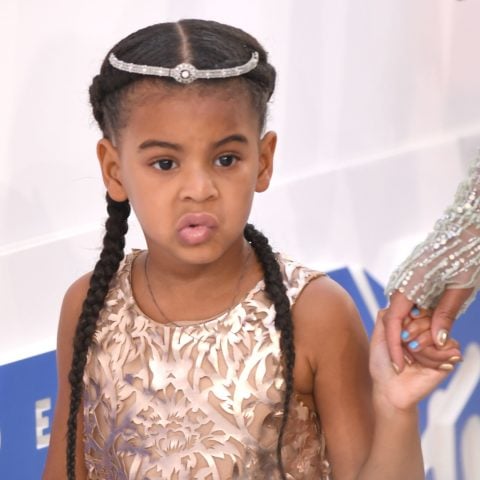 Blue Ivy is Probably Getting Her Own Hair and Makeup Line

At least, according to legal trademark documents.

While we’re still getting over Beyoncé being pregnant with twins (and the accompanying, outlandish photo shoot), there’s now even more Carter family news to get excited about.

According to legal trademark documents, Bey and Jay Z’s daughter, Blue Ivy Carter, could be getting her very own makeup and hair care line — at only five years old. Should the application, which deems Blue and Beyoncé the only ones who can stake a claim to the namesake, get approved, we could be seeing some branded merch from the soon-to-be mini-mogul very soon, making her the youngest-ever celeb to snag a beauty deal.

Products listed in the documents include fragrances, cosmetics, skin care products, hair care products and even baby teething rings, carriages and strollers (for her new siblings, perhaps?). Audio and visual sound recordings featuring musical performances is also among the offerings, meaning Blue’s parents probably have a musical career for her in mind, as well.

This isn’t the first time the “Lemonade” songstress has applied for a name trademark for her daughter, however. TMZ reports Bey submitted an application back in 2012 (shortly after Blue’s birth) to patent “Blue Ivy” (sans Carter), but was denied as someone already had the rights to the name.

News of Blue Ivy’s impending beauty line comes just after Kim Kardashian West announced she would be launching a Yeezy kids line with husband, Kanye West. The 36-year-old reality TV star took to Snapchat to reveal the news, informing her fans that her three-year-old daughter, North West, helped in the design process.

So who run the world? Celebrity kids, obv.

Photo by C Flanigan/FilmMagic
Get the best of FASHION in your inbox Thanks for signing up!
The latest fashion, beauty and celeb news delivered right to your email #FASHIONforall Now, check your inbox to complete your subscription
We won’t ever use your email address for anything else
Want even more FASHION? Follow us on social media.