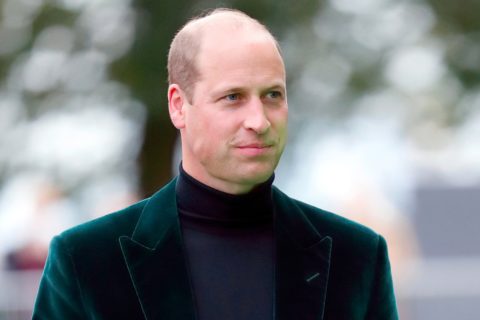 Prince William Opens Up About His Mental Heath Struggles

And shares the song that reminds him of most of Princess Diana.

Listening to Prince William reminisce about his impromptu sing-along with Taylor Swift was a nice way to start my day.

The Duke of Cambridge is the newest guest on Apple’s Time to Walk series, an immersive audio experience on Apple Watch for Fitness+ subscribers. The series is designed to encourage users to take a walk while listening to the voice of a celebrity guest who is also on a walk.

In each episode, guests share personal stories, songs and photos. Recordings include the footsteps and outdoor noises surrounding the narrator, making for an intimate listening experience.

While Time to Walk has featured several iconic guests like Dolly Parton and Uzo Aduba, this newest episode (available to stream on Apple Music Radio for free starting December 6) is particularly special, as listeners are able to get a rare glimpse into the life of Prince William.

To record his narration, the Duke chose to walk around the Queen’s Sandringham estate in Norfolk, a place where the royal family traditionally spends the holidays.

Mental health – a cause that both Will and Kate have been outspoken about — was the main theme of this Time to Walk installment, and the Prince started the conversation with a story about his time at the East Anglican Air Ambulance in Cambridge, a job he gave up in 2017 to focus on royal duties.

“As a HEMS pilot, you are fully involved in every job in terms of helping the team with the bags and getting the aircraft ready to transport a patient, or, in some cases, you’re…there providing CPR and actually helping the guys with the causality,” he said.

“I went to this one job…We had a paramedic and a doctor on and another pilot flying with me. And the call we get is very brief, not very detailed. We were kind of expecting a sort of minor injury case. Immediately it became clear that this young person was in serious difficulty, sadly been hit by a car.

“Of course, there’s some things in life you don’t really want to see. And all we cared about at the time was fixing this boy. And the parents were very hysterical, as you can imagine, screaming, wailing, not knowing what to do, in real agony themselves. That lives with you,” he recalls.

A post shared by Duke and Duchess of Cambridge (@dukeandduchessofcambridge)

The crew was able to stabilize the boy and he would later make a recovery, but Prince William said the experience left an indelible mark.

“Inside, I felt something had changed. I felt a real tension inside of me,” he said. “It really hit me weeks later…My personal life and everything was absolutely fine. I was happy at home and happy a work, but I kept looking at myself going, ‘Why am I feeling like this? Why do I feel so sad?’ I started to realize that, actually, [I was] taking home people’s trauma, people’s sadness.”

At first, he was reluctant to talk about his deteriorating mental health, instead burying these feelings until he finally decided to open up to someone. He ended the anecdote with some advice: To get through mental health struggles, we need to understand why we feel what we feel before we can work through those emotions.

And then there’s the aforementioned (decidedly more light-hearted) Taylor Swift story, which he joked that even talking about made him cringe. It was 2013, and Prince William was at a fundraising event where Jon Bon Jovi was performing his hit song, “Living On A Prayer.” Suddenly, Swift, who was sitting next to him in the audience, proposed that they join the singer onstage.

“To this day, I still do not know what came over me,” he said. “Frankly, if Taylor Swift looks you in the eye, touches your arm, and says, ‘Come with me…’ I got up like a puppy and went, ‘Yeah, okay, that seems like a great idea. I’ll follow you.”

To the world, it was an adorable moment. To Prince William? A sweaty, stage-fright-inducing nightmare in which he recalled “desperately” trying to remember the words.

“At times, when you’re taken out of your comfort zone, you’ve got to roll with it…It’s okay not to take yourself too seriously.”

Later on in his walk, Prince William reflected on some meaningful moments with his late mother, Princess Diana. He explained how she taught him about the importance of learning about different life experiences – especially those outside the palace walls. When she took him to visit a homeless shelter as a child, he said that hearing the stories of those at the shelter was crucial in opening him up to new perspectives.

I was also given a glimpse into a side of Prince William I hadn’t known before: his music taste. He shared three songs that were special to him: Shakira’s “Waka Waka,” a tune that immediately sends his children George, Charlotte and Louis into a fully-fledged dance party; “Thunderstruck” by AC/DC, which he calls “the best tonic for a Monday morning”; and “The Best” by Tina Turner, which reminds him of Princess Diana, as his mom would play the tune to cheer up him and his brother, Prince Harry, when they were bummed about returning to boarding school as children. He fondly recalled sitting in the backseat of a car while everyone sang along to the song – sometimes even the royally-appointed police officer.

“It felt like a real family moment. And my mother, she’d be driving along, singing at the top of her voice,” he remembered. “When I listen to it now, it takes me back to those car rides.”

At the end of the episode, he said he felt as though he had been on a walk with someone close to him, like his best friend or his wife. And that makes sense: the narration is funny, at times deep and ultimately uplifting. It’s an accessible Prince William that we seldom get to see.