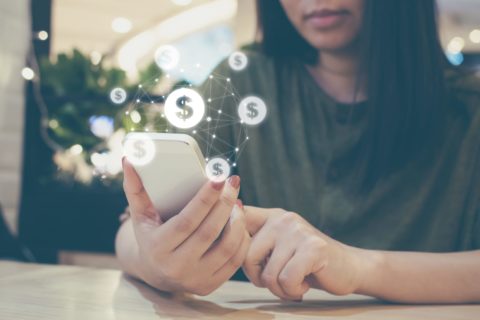 Here’s What Happened When My Friend Got Rich

Sudden wealth can dramatically change a friendship. Novelist Kia Abdullah knows this all too well.

The night I found out that my friend is now rich, I lay awake in bed, my mind jangling in white alarm. She had announced it on Facebook in an affectedly casual way: “Not a terrible end to the year” below a screenshot announcing the $60-million acquisition of her husband’s start-up.

Reading those words, seeing that sum, seemed to raise something base in my gut—not envy, exactly, but something closer to disbelief. The tiny apartment I shared with my boyfriend suddenly seemed airless. I pushed open a window, letting in a cut of cold. I spent an hour on my laptop, mining for minor details: who had bought the start-up, the structure of the deal, how much equity they would likely cash in. Then I went to bed and spent the next few hours trying to sleep.

Laila and I first met in our early 20s. We had both grown up in East London in poor immigrant families, majored in academic subjects for the sake of financial stability and given up our day jobs to follow creative fields. We had middling success as writers—I with a modest book deal, she with a popular blog. Our trials and triumphs were neatly matched, and we bonded over paltry pay, overdue invoices and the hustle and grind of freelance life. We weren’t best friends, but we met frequently to commiserate, gossip and laugh.

When we were in our late 20s, Laila met and married a budding entrepreneur who convinced her to move to San Francisco, the epicentre of the start-up economy. We said goodbye over a lengthy, lively dinner where her circles of friends mixed and clashed and shared hours of raucous laughter. I stood with her afterwards under the sulphur glow of a street lamp and gave her a long and fervent hug. We promised each other that we’d meet again soon.

Laila did not have a work visa, and over the next year, she threw herself into the role of homemaker. She cooked and cleaned and tended to her husband’s needs as he toiled to grow his start-up. The first time I visited her, she exhaustively relayed his gains. “That’s great,” I told her. “But how are you?”—a question she promptly sidestepped. I felt a flare of pity. My career was going well; I was earning enough from writing and no longer hustling for jobs. Meanwhile, Laila’s career had thorough­ly stalled.

A Shift in Fortunes

The delicate dance of friendship has been widely chronicled, perhaps most honestly by Gore Vidal, who said, “Whenever a friend succeeds, a little something in me dies.” Was I really as shallow as he? What was it about Laila’s fortune that so disturbed my peace?

Joan DiFuria, co-founder and director of Money, Meaning & Choices Institute, tells me, “Jealousy, guilt and envy, comparisons, competition, power dynamics, self-esteem and one’s identity in the world are just a few of the dynamics that typically invade a once-healthy relationship.” Sudden wealth is particularly difficult, says DiFuria. “Wealth accrued over time is more natural, and people think it is more deserved. Sudden wealth is not expected.”

Megan Ford, a financial therapist at the University of Georgia, agrees: “When someone experiences a windfall, it’s often majorly visible. Without money being a barrier, people may begin to make new choices about their lifestyle and prioritize differently, all of which can create tensions within friendships.”

For me, it wasn’t Laila’s wealth itself that I found discomfiting but the distance she had climbed. I have plenty of rich friends, but it was Laila’s wealth that struck me because we had both started in humble homes yet she had risen further. Was she even the same person?

In my case, there was definitely a shift in power. While planning a trip to San Francisco, I told Laila I’d be passing through. “Let me know when you’re here,” she said, not committing to a date. I asked for her new number, as the old one no longer worked, but never received a reply. I passed through the city without seeing her, the roots of our friendship starting to thin. In the meantime, she posted images of exclusive events and galas and several celebrity friends.

In the year that followed, I messaged her on Facebook and then emailed her to offer her a copy of my new novel. Neither received a reply.

“Many [wealthy people] distance themselves from friends over time as they feel more comfortable being with people who reflect their economic situation and find they often lose friends who have less,” says DiFuria. “Pragmatic issues—dinners, vacations, gifts—can cause conflict if not discomfort.”

“People often pull back from relationships because of deeper feelings of guilt or uncertainty,” adds Ford. “They might fear that discussing money or acknow­ledging their new status would be perceived as boastful or insensitive. The sudden wealth may also [cause people to] develop a sense of skepticism and a fear that they’ll be used. They might develop insecurities about whether people genuinely like them.”

It was clear that Laila’s wealth had caused a shift in our friendship. Because she was worth more, it seemed that my time was worth less. That’s how it felt, anyway. As a result, I, too, withdrew.

I was surprised, then, when Laila, on a trip to London, asked me to join her for dinner. I agreed, nostalgic for the fraternal rush of our early friendship. The evening started well, but when I mentioned my relief that my book advance was coming soon, she blinked in surprise and said: “Wow, I need to spend more time with poor people. I forget what it’s like out there.”

Something ruptured in the air. Had she really just called me poor? The evening devolved from there. We were discussing the rapid development in East London and how its working-class residents were being evicted, and Laila said: “I don’t accept that just because you got somewhere first, you have a right to stay there. We have the same problem in San Francisco. I’m sorry, but if you can’t afford San Francisco, move to Daly City, and if you can’t afford Daly City, move to Oakland.”

I was dismayed that this fellow child of immigrants could be so callous about the housing crisis. I wanted us to clash and debate like we would have in the past, but her wealth had changed the tilt of our friendship. I said nothing out of fear that she would perceive my objections as jealousy. I wanted to cling to our friendship—partly to prove it hadn’t been killed by envy—but Laila sapped my will by shedding the values we once had in common.

Laila’s money changed my attitude toward her, but it also changed her attitude toward me. In the end, the easiest thing was to end the friendship. There was no grand display of closure or emotive goodbye; I stopped reaching out to her and she to me.

Friendship is thorny that way. When a romance ends, we can tear out the roots sharply and cleanly. But friendship withers; it may take years for it to fully die. That’s what happened when my friend got rich. Our friendship died, and here I am, still pulling the parched roots from the depths of my chest.

Kia Abdullah is an author and travel writer. Her novel Take It Back (HarperCollins) is out now.