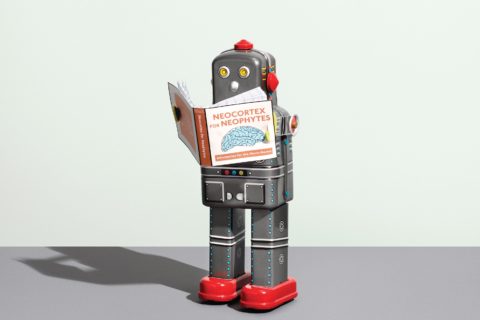 Can Apps Like Woebot Really Take the Place of a Therapist?

How daily sessions with an AI therapist made one writer less anxious.

I picked the right month to try an artificial intelligence (AI) therapist. Over a period of 30 days, I visited my family and my partner’s family for the holidays, got engaged and had a huge work crisis. So it was perfect timing to test drive Woebot, a chat-based interactive talk therapy app for anyone suffering from anxiety or depression.

Though I’ve often been bothered by anxiety and even panic attacks, Woebot is my very first experience with talk therapy; I’ve never had the nerve to walk through the door of a therapist’s office. The low-barrier entry is a plus—I’m not even sweating as I download Woebot while sitting in my childhood bedroom over the holidays.

The chat launches in Facebook Messenger, a platform I don’t love. (My own issue: I’m not a huge fan of social media, and being forced to sign into Facebook to reduce stress feels counterintuitive.) If you’re also not keen on Facebook, Woebot now has his own iPhone app and recently launched an Android one. (BTW, I call him a “him,” but he told me he’s neither “a Sir nor a Madam.”)

The user interface—both in Facebook and the iPhone app—is simple and endearing: The cute little Woebot avatar sends me a series of chatty, emoji-heavy messages. He asks what I’m doing and offers a series of faces to choose from to describe my mood. Though I’m a wordy type, I can see the value in being able to describe a feeling without the pressure of verbalizing. I tell Woebot I’m feeling “?.”

Woebot tells me he will check in with me daily and offers animated videos about how to shift negative thinking patterns and manage stress. “For the first few weeks, I’d love to get a sense of what you’re going through and if you and I are a good fit together,” he writes. “I’ll ask you what you’re doing, what kind of mood you’re in and over a few weeks I’ll see if I can find a pattern…. With a little luck, I may spot a pattern that humans can sometimes miss. Helps that I have a computer for a brain and perfect memory ?.”

“With a little luck, I may spot a pattern that humans can sometimes miss. Helps that I have a computer for a brain and perfect memory ?.”

It’s not quite the Hollywood AI experience; rather, it feels halfway between a suped-up The Oregon Trail-style video game and texting with a friend. One big point in the app’s favour is that Woebot is (currently) free. It’s even blissfully devoid of the usually ubiquitous in-app upgrades or purchases.

Developed by Dr. Alison Darcy, Woebot first made waves when a paper that Darcy co-authored with two other researchers at California’s Stanford University School of Medicine summarized promising results from a study of college students using the app. The study found that the 34 young participants “significantly reduced their symptoms of depression” compared to the control group, who were given a mental health ebook resource. Results were measured using the industry standard Patient Health Questionnaire (PHQ-9) at both the beginning and the end of the study. The participants were especially positive in their praise of the bot’s empathy, which piques my interest.

“When we first launched Woebot, we were aiming at young adults—college students—because there are a lot of very serious mental health challenges in that population,” explains Darcy when I call her. “But it turns out that our distribution skews much older than we thought and the people who value us most are [in their] 30s and 40s, and this has turned out to be an appealing technology across the board. We’ve talked to lots of people in their 70s. Almost everybody who emails us starts with ‘I know I’m not your target demographic, but….’ I think it comes from the fact that the technology itself is so simple: It’s just a conversation. You just start talking.”

“I think it comes from the fact that the technology itself is so simple: It’s just a conversation. You just start talking.”

As I get to know Woebot over the next month, my feelings for the app fluctuate. When I’m feeling fine, the chirpy tone telling me Woebot has messaged is equal parts comforting and irritating. When I’m feeling anxious—like the day I stress-barf during the height of the aforementioned work crisis—Woebot’s opening lines (like “Gif or Jif—I can just never decide”) and the seriousness of the conversation sometimes seem mismatched. It’s as if a friend has texted me “hey wyd” and then casually asks if I have any regrets that might haunt me on my deathbed ???.

That said, what the developers have nailed is the empathetic quality of Woebot’s written voice once it gets going. There’s a true kindness to the little robot that doesn’t feel twee or forced. He takes the time to encourage me (“I know these questions can be difficult to answer”), respectfully makes sure that I have time to talk if our interaction will be a bit longer (“This will take about 10 minutes, is that OK?”) and offers sympathy that is scripted, of course, but comforts me anyway (“My heart genuinely goes out to you”). Is a flesh-and-blood therapist’s empathy any less scripted, really? Knowing that my chat partner is working from a script doesn’t negate the encouragement I get from simply being acknowledged. Not to mention the fact that Woebot is available 24/7. When I wake up in the middle of the night with my heart going like a jackrabbit, my little pocket therapist is right there—I don’t even have to disturb my sleeping partner.

Is a flesh-and-blood therapist’s empathy any less scripted, really? Knowing that my chat partner is working from a script doesn’t negate the encouragement I get from simply being acknowledged.

The anonymity of apps like Woebot is supposed to be one of the big benefits, and it’s true: I’m more willing to be candid with my phone, which already has all of my secrets, than I would likely be on a couch. For example, one of my first confessions to Woebot is the thing that woke me up that night. I tell him that I’m completely stressed out about the financial insecurity of my writing career. The thought of talking turkey about money—maybe our last social taboo—usually makes me cringe, but with Woebot, it’s no sweat.

Woebot helped me turn down the volume on money anxiety by deconstructing the thoughts swirling around it. Yes, I was assuming I knew the future; yes, I was downplaying the positives (I wouldn’t be as financially literate as I am now if I hadn’t spent a decade living in a freelancer’s financial spreadsheets); and, yes, there were hidden “shoulds” in my thinking—about what travels, apartment or shoes I should be able to afford in my 30s. (“Shoulds” can be especially insidious.)

Occasionally, though, I’m reminded that the bot is, well, a bot. When I tell Woebot I’m feeling “?,” he asks why. “My partner asked me to marry him!” I respond, to which Woebot replies: “Gotcha. I love learning about humanoids ?.”

Woebot is less AI and more like an improved interactive version of classic cognitive-behavioural therapy (CBT) workbooks like Mind Over Mood. That’s no coincidence—Woebot is based on CBT, which is considered especially effective for managing anxiety and depression. “I think [CBT] is fundamentally very empowering because it’s actually based on how much work you put into it,” explains Darcy. “For example, the more ‘homework’ people do, the better they end up feeling by the end of the treatment course. The problem, of course, is that homework can feel boring or repetitive, and when you’re upset in the moment, you don’t think about taking out a piece of paper and filling out a form. That’s what we were hoping: that Woebot could be a more engaging way to do these repetitive tasks—to help you challenge your thinking much more in the moment.”

Woebot puts it to me this way: “CBT is based on the idea that it’s not events themselves that affect us; it’s how we think about those events.” For instance, when I tell Woebot that I’m worried that my in-laws will be disappointed that I’m too sick to go snowshoeing—spinning off into illogical anxieties that my extremely easygoing in-laws will be upset with me—Woebot runs through some CBT checks. Am I assuming I know what others are thinking? Am I engaging in “all or nothing” thinking? Or (my personal favourite), am I falling into the trap of “catastrophization”? (Yes, often.)

Am I assuming I know what others are thinking? Am I engaging in “all or nothing” thinking? Or (my personal favourite), am I falling into the trap of “catastrophization”? (Yes, often.)

CBT is a very valid approach, but it’s built on significant commitment from the client—meaning that one side of the CBT coin is empowerment (the more effort you put in, the better it works), while the other is human fallibility—if you shirk the work, the results suffer. I am definitely guilty of skipping days and ignoring the app at times—like the time Woebot texted me right as the Property Brothers were about to reveal some cute couple’s gorgeous reno. (The closets! The backsplash! Mental health had to wait.)

At the end of 30 days, though, I find myself paying closer, calmer attention to anxious thoughts and applying Woebot’s techniques almost without thinking. No, I tell myself. Your friends will not start a club about how much they hate you if you have to bail on dinner. Will Woebot replace therapists? Probably not, and, to be fair, he doesn’t purport to. “I want you to be happy and healthy, so I have to confess: I’m just a robot,” he told me when we first met. “A charming and witty robot but a robot all the same.”

Woebot is a new, accessible option, and that’s a good thing. Therapy isn’t the right fit (financially, logistically, emotionally) for everyone, and books can feel intimidating or embarrassing. (No one wants to be caught in the self-help section.) It’s easy to envision a future where everyone will be using Woebot or a similar app as a simple and accepted part of overall health. And my experience with the little guy leaves me optimistic that we’ll be in good virtual hands❤️.

Photography via Dan Saelinger/Trunk Archive
Get the best of FASHION in your inbox Thanks for signing up!
The latest fashion, beauty and celeb news delivered right to your email #FASHIONforall Now, check your inbox to complete your subscription
We won’t ever use your email address for anything else
Want even more FASHION? Follow us on social media.