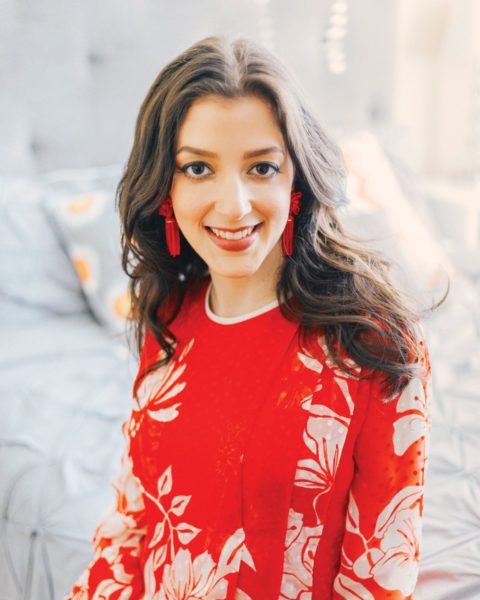 Like many young couples, Stephanie Gilman and her husband, Jacob, decided together when she should go off the pill in order for them to have a child. But unlike most couples, this decision was fraught with potential life-and-death consequences. Instead of a birth control pill, Gilman would stop taking Tamoxifen, the potentially life-saving drug she had been on for two years since completing treatments for breast cancer. “I knew I’d always wanted a child, but that meant I had to stop my hormone treatment,” recalls the 32-year-old Toronto-based writer, who was diagnosed when she was 28. “I didn’t know what risks there would be because there aren’t any significant studies that look at this. I felt like I was weighing my life against the other life I had always dreamed of, which included being a mother. Making that decision was extremely difficult, but my husband and I decided together because we both realized that having a child was a part of our life we weren’t willing to give up. For me, it was worth whatever risk I was taking.”

Six months after she took her last pill, Gilman was pleasantly surprised when she discovered she was pregnant. She took the test three times just to make sure but recalls telling her husband that night that she thought she was pregnant but still wasn’t certain. “I was shocked beyond belief,” she says, smiling. “I had lived for years with anxiety about my health, and that intensified during my pregnancy. I was so worried that there was a black cloud over me and that something bad would happen because something so extremely bad had happened before. It took me some time to trust my body and trust that good things can happen to me. I don’t think I accepted it until they placed [my son] in my arms.”

Gilman chronicled her treatments—four months of chemotherapy, 25 radiation treatments, a double mastectomy and reconstructive surgery—on her blog, passmeanothercupcake.com, and she also wrote about how the loss of her breasts had an enormous impact on her sense of self. When she heard mothers discuss the challenges or importance of breastfeeding, she said she was saddened she would never be a part of the club. “Like a child who has been left out of the ‘cool kids’ clique, I am on the outside, always looking in,” she wrote. Today her outlook is very different. “I didn’t know this, but babies have this animal instinct where they look for the breast no matter what. When her son was born, he kept going toward it, and that gave me a little pain in my heart,” she recalls. “He kept trying, but I didn’t have anything for him there. But he took to the bottle pretty quickly; he’s happy and healthy, so I’ve decided to let that part go. It’s not the most important part of being a mother.”

When asked if there’s anything about motherhood that she didn’t expect, Gilman replies that it’s the immense love she feels for her child. “I hear him cry, and I need to run to him. I see him smile, and I feel so good inside in a way that nothing else makes me feel. Even if the cancer comes back, I will never wonder if this was the right decision because I love him so much. You never know what life will bring; you just have to do your best and forget about the ‘what ifs’ and go after your dreams.”

On November 8, 2016, Gilman gave birth. On February 22, 2017, she will walk the runway at the annual Well Dressed for Spring fundraiser for the Wellspring Cancer Support Foundation at the Bloor Street Holt Renfrew in Toronto. As tickets are currently sold out with a wait list, we invite you to watch the show via our Facebook page where we’ll be live streaming straight from the front row.

Watch Gilman talk about her experience in the video below.

Photography by Evaan Kheraj. Styling by Eliza Grossman. Hair by Kevin Smith for Judy Inc. Makeup by Marisa Roy, Tweezerman Brand Ambassador. Stephanie Gilman wears Fendi dress ($3,100, at Holt Renfrew) and J.Crew earrings ($85, J.Crew).
Get the best of FASHION in your inbox Thanks for signing up!
The latest fashion, beauty and celeb news delivered right to your email #FASHIONforall Now, check your inbox to complete your subscription
We won’t ever use your email address for anything else
Want even more FASHION? Follow us on social media.