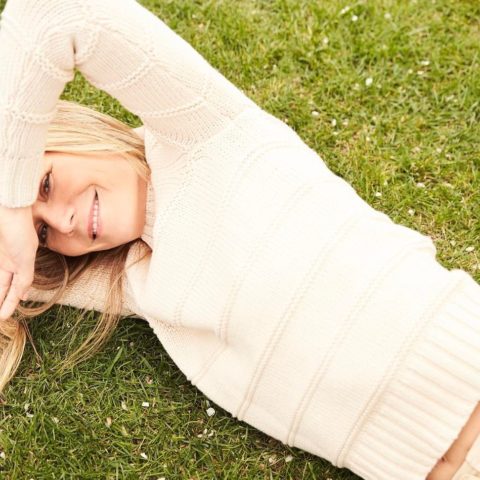 What Is the Ketogenic Diet? All About the Latest Celebrity Weight-Loss Trend

Ketogenic (or keto for short) is a weight-loss diet favoured by Kim Kardashian, Megan Fox and Adriana Lima. Even health queen Gwyneth Paltrow jumped on the keto train. Here’s the breakdown of what keto is.

What is ketogenic diet?

The ketogenic diet was originally developed in the 1920s to help children with epilepsy. (We now know that specific foods, such as wheat, soy, sugar and dairy, can trigger seizures for some.) Since it’s a low-carb, high-fat diet, bodybuilders have been using it for years to lean out and add muscle mass. The theory goes that your body avoids carbohydrates for energy (the first one generally used) and goes straight for ketones, a compound produced by the kidneys from high-fat and high-protein foods. When you don’t give your body enough carbs for it to use as energy, the fat stores are used via ketones. You also eat less often, so there is intermittent fasting. In fact, some diet plans only allow one or two meals a day, which can be a tough change for those used to eating three meals a day with snacks between.

“On the ketogenic diet, 70 per cent or more of your calories come from fat,” says registered dietitian Christy Brissette, who is also the president of 80TwentyNutrition.com. “And it only allows five to 10 per cent of calories for carbohydrates.”

You may have also seen raspberry ketone supplements at the drugstore. Or you might even remember them from Dr. Oz’s show touted as the number one way to lose weight. They are said to help with weight loss in a similar way, but they are not part of the ketogenic diet. But Dr. Oz was pulled in front of a U.S. Senate subcommittee on Consumer Protection, Product Safety and Insurance for the lack of scientific evidence for this and other weight-loss products he was schlepping. So, there’s that.

What can you eat on the keto?

“It’s not all avocado and flax,” says Brissette. The rule of thumb? If it has fats—go for it.

Here’s a breakdown of what you can eat:

• Fatty meats, like beef, pork, lamb, venison and buffalo. And organs are very trendy RN on keto forums and blogs.
• Fatty fish, including mackerel, catfish, cod, halibut and salmon as well as fatty shellfish, like lobster, crab, scallops, muscles, oysters and squid
• Other fatty foods like dairy (i.e. cream, eggs, ghee, lard, lots of butter) and oils (think coconut oil and palm oil) because of their high-burn points for cooking.
• Carbs, such as leafy greens, cauliflower and mushrooms, are eaten minimally. Nothing starchy or high in natural sugars.

BBQ Bacon Wrapped Smokies Ingredients 24 little Smokies 6 slices Bacon 3 tbsp. BBQ Sauce Salt and Pepper to taste Instructions 1. Preheat oven to 375F. Start by chopping 6 slices of bacon into quarter-pieces. In total, you should have 24 quarter-slices of bacon. Place a little smokie on top of the slice of bacon. 2. Roll the little smokie up in the bacon so that there is a small amount of overlap. 3. Stick a toothpick into the overlapping piece and set on a cookie sheet covered with foil. 4. Repeat the process for all of the smokies and place into the oven to bake for 25 minutes. 5. Take the smokies out of the oven and use a basting brush to brush BBQ sauce on the little smokies. They should be coated quite well. 6. Place back in the oven and bake for another 10-12 minutes. 7. Remove from the oven and let cool slightly. 8. Serve on a platter. Feel free to sprinkle some parmesan cheese and chopped spring onion over them. This makes 4 servings of 6 BBQ Bacon Wrapped Smokies. Each serving comes out to be 329 Calories, 28.5g Fats, 2.2g Net Carbs, and 13.5g Protein.

Before you stock up your fridge with bacon, we have a few notes. The portions of fats and carbs that we need to stay healthy aren’t at all achieved on this diet, says Brissette. She says that we need 35 per cent of our daily calories from healthy fats (and that doesn’t include keto-friendly steaks, fish and vegetable oils, like olive or flax) and 45 to 65 per cent from nutrient-dense carbs (think grains and colourful veggies, including broccoli).

As for the research that has come out showing Keto’s health benefits (namely lower blood sugar, blood cholesterol levels and others; read about one writer who reversed her Type 2 diabetes by embracing a high-fat diet), this is achieved because of the temporary weight loss—and this happens with all diets says Brissette. But it’s not sustainable, and you are cutting out the nutrients that are good for skin, nails and hair (which could be a deal-breaker for many women).

The weight loss isn’t sustainable, and there is a lot of stress on the kidneys to produce the ketones from fat stores. If you do decide to try the ketogenic diet, she advises talking to a registered dietitian or a doctor to determine if it’s right for you and if you are healthy enough to go on it.

But if there’s one takeaway from the ketogenic diet, Brissette says it’s that we should embrace fats—just make sure they’re the healthy ones.