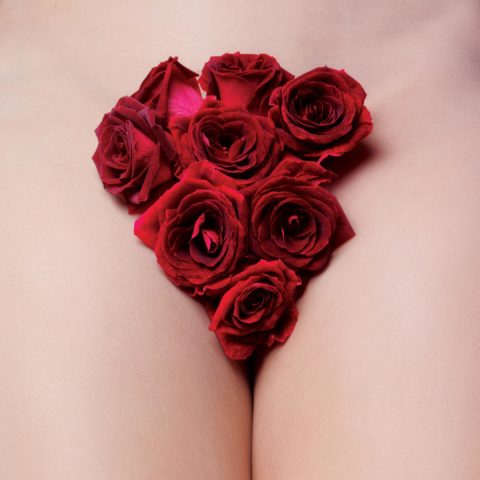 Vaginas are Reborn: All About the Liberation of the Labia

The veil on the vagina has been lifted again! Author Laurie Mintz attributes it to the resurgence of the women’s movement in general—the one positive outcome of the Donald Trump era.

It was 2003, and I was a young pup of 20 thrilled to be invited to join two slightly older editors from the university newspaper for dinner. That night, our conversation flitted over the usual topics: school politics, music we liked…. But I almost choked on my penne when one of them casually mentioned vaginas and vibrators. The other chimed in, laughing, with a joke about her tools. I still remember the visceral jolt I felt at these women openly admitting to something so private.

It turns out that vaginas are like fashion trends: They always come back in style. Psychologist and psychology professor Laurie Mintz, 57, just published Becoming Cliterate: Why Orgasm Equality Matters and How to Get It, in which she reminisces about coming of age in the pro-vag ’70s—the era when “women were getting together in groups and looking at their vulvas,” she says.

“We have this cultural cycle of things rising to the top and being buried again, especially concerning women’s sex­uality. During the sex-positive fem­inist revolution, everyone knew about the clitoris. When I got back into [the sex field in recent years], I looked around and was like ‘Holy shit! Where has all this know­ledge gone? These young women don’t know about themselves. They’re not having orgasms; they’re not talking about [sex].’”

So why has the veil on the vaginas been lifted again? Mintz attributes it to the resurgence of the women’s movement in general—the one positive outcome of the Donald Trump era. “It is in reaction to this more conservative, anti-women atmosphere that change and liberation happen,” she says. Women are saying: ‘Oh, no, no, no, you’re not gonna silence my voice. You’re not gonna silence my sexuality. I am powerful.’ And that includes pussy power.”

Our punanis now have more purchasing power, too—and companies want to capitalize on that. “The market is starting to realize that women are interested in taking control of their sexual and vaginal health,” says Laura Schubert, CEO and co-founder of Fur, the maker of Fur Oil, a product that was marketed initially for pubic hair but works on all kinds of hair. The 34-year-old’s experience with body hair has changed over her lifetime; as a gymnast growing up, she felt pressure to groom year-round. In recent years, however, she has felt “a big shift, from Sex and the City to Girls, in terms of pop culture references to body hair, which has promoted a wider acceptance of variation in grooming,” she says. “Women are becoming more comfortable discussing pubic hair nowadays, perhaps with the rise of social media as a filter-less platform for conversation.”

After years of our staying silent about our monthlies, they have also become a hot topic. Toronto-based comedian and actress Sandra Battaglini, 46, remembers growing up in a less “flow-friendly” time. “Italians wouldn’t tell you to use a tampon because tampons are for sluts,” she says, laughing. “My mother wore cloth at night—like in the old country.”

Now, there are many more options, including menstrual cups as well as organic tampons, pads and liners from Lola and Jessica Alba’s The Honest Company. Remember the photo of runner Kiran Gandhi bleeding through her tights that went viral in 2015? She became the poster girl for the increasingly popular practice of free bleeding, where you forgo tampons and pads and drip straight into specially designed ultra-absorbent underwear instead. Most encouragingly, the companies leading the fast-growing period panties market—including Thinx and Canadian brands Knixwear and Luna—are run by women.

Not all of these new products are good for our junk, however. An American chiropractor was criticized online this past winter for securing a patent on the Mensez Feminine Lipstick, a labia-sealing glue stick that allegedly tacks the lips together to retain menstrual blood. (The glue dissolves when you urinate or wash with soap.) Even more disturbing was his response to an angry social media commenter: “You as a woman should have come up with a better solution than diapers and plugs, but you didn’t. Reason being that women are focused on and distracted by their period 25 per cent of the time, making them far less productive than they could be. Women tend to be far more creative than men, but their periods…stifle them and play with their heads.”

Other items being peddled play on our deep-seated body shame—that our genitals are smelly or loose—and can be harmful. “The diet industry has been making money off women’s insecurities for years, and now it’s moved to our vaginas as well,” says Mintz. There’s labiaplasty (altering the folds of the labia) and laser vaginal-tightening procedures (promoted by the Kardashian clan) in addition to a growing demand for jade eggs to “strengthen” your yoni (even though Gwyneth Paltrow’s Goop came under fire this year from health professionals for selling them).

“Stop!” cries Mintz. “You don’t need a bionic vaginas—and you could hurt yourselves.” Simple Kegel exercises are far more effective, since they involve releasing the muscle as well as clenching it, and are less dangerous. (The porous jade stone could encourage bacterial growth, leading to infections, or the egg could get stuck. Retrieving it could lead to a scratched vaginal wall and more infection.)

Feminine wipes, which claim to keep your vagina’s pH in balance, tend to be heavily scented and are also messing with a good thing. Dr. Fay Weisberg, director of the Fem Renew Clinic in Toronto and assistant professor at the University of Toronto’s department of obstetrics and gynecology, says she’s seeing more patients with vaginal irritation stemming from wipes. “It’s getting out of control,” she says. “Your body has its own way of taking care of itself, so anything that changes the pH from what it should be is going to be harmful, causing other problems and irritation.” These wipes are no different from the douches that were popular in the ’70s and ’80s, Weisberg adds. “They should fall by the wayside, too.”

And then there is the most fun pro-v advancement: Women are making better vibrators. Just like Jane Fonda and Lily Tomlin on Grace and Frankie during season 3 (2017), more women are designing them. In 2013, British sex shop mega-chain Ann Summers built a TV show around real women designing sex toys, while Ti Chang of San Francisco company Crave produced the minimalist Vesper vibrator, which can be worn as a necklace. Industrial designer Carolina Formoso oversaw the creation of the more affordable—but still beautiful—LiveSexy line for Jimmyjane. Among the most innovative of the pack, however, is Dame Products, which crowdfunded over $1.2 million for its pretty Eva and Fin vibrators. (Even the names are cute.)

What does all this buzzy femtech have in common? They’re not shaped like a penis. Now, women are creating the clit-centric vibrators of their dreams in the shapes and sizes they actually want—not the form that many male designers just assume we want—which can lead to better sexual health overall.

These sex toys don’t just give great Os: Since vaginas’ taboo is BFFs with the female-pleasure taboo, getting rid of one can help eliminate the other. “In terms of gender politics, it all comes down to the regulation of our sexuality and our sex,” says Alex Fine, 29, CEO and co-founder of Dame Products. “Female pleasure and truly owning the fact that we have genitalia is kind of core. I don’t think we will ever [have gender equality] until we all truly acknowledge our bodies.”

Photography via Hans Gissinger / Trunk Archive
Get the best of FASHION in your inbox Thanks for signing up!
The latest fashion, beauty and celeb news delivered right to your email #FASHIONforall Now, check your inbox to complete your subscription
We won’t ever use your email address for anything else
Want even more FASHION? Follow us on social media.