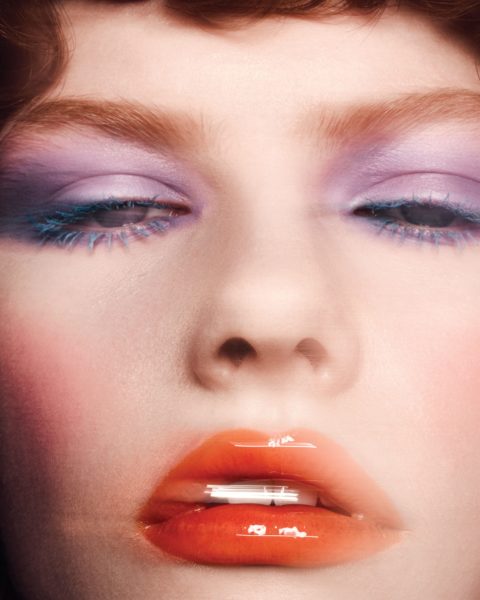 I have forever been fascinated by high-energy people, considering them with the same curiosity I might an alien or that most intriguing sort of person who “forgets” to eat. (What?)

When my son was born, he greeted the world with a soft cry—and a big yawn. I knew in that instant that this was my child because I have never been what you’d call a high-energy person. At summer camp, my favourite activities were crafts (you can’t, say, jog while braiding gimp) and “rest.” In the sixth grade, I attended a French school that required students to study a third language, so I took German. “Ich bin müde” (translation: “I’m tired”), I would announce when I got home from school, drawing out the “ü” sound as if even the word were reclining and in mid-stretch. In high school, I took Spanish. “Estoy cansada” (again, “I’m tired”), I would chime in the afternoons, ready to lie down and watch Y&R like a retiree. I still remember those language textbooks: The German ones contained chapters devoted to skiing-related dialogue, while the Spanish ones involved primers on how to express being in love at a restaurant. If I should ever find myself in the Bavarian Alps searching for a ski lift or wishing to take a lover over paella, I would be at a loss for words—but I would be able to communicate my need for a nap.

Life and success, it seems to me, come down to energy, and I never seem to have any of it. I’ve lived with a level of standardized exhaustion for so long that I can’t think of a time when I wasn’t always “müde,” “cansada” or “stanca.” (I also took Italian when I was an undergrad.) I have forever been fascinated by high-energy people, considering them with the same curiosity I might an alien or that most intriguing sort of person who “forgets” to eat. (What?) Different phases in my life have brought with them different reasons for fatigue: insomnia, anemia and baby-related sleep deprivation. My GP once told me that for every missed night of sleep, you need a week of good sleep to recover. This is depressing. I could live to be 300 and there still wouldn’t be enough weeks. I often think about trying to do something about it—in the same way that every winter I resolve to embrace the elements and, say, take up snowshoeing—but then I conclude that I’m too tired. This past fall, in the interest of general survival, I summoned the energy to visit Dr. Natasha Turner, a Toronto-based naturopathic doctor and New York Times bestselling author of The Supercharged Hormone Diet and The Hormone Boost (a guide to increasing strength and hoisting energy).

The morning of my visit, I eat a bowl of overnight oats. (I impressed myself by preparing them the night before.) As I stir the chia seeds into the almond milk, I feel almost odiously virtuous, like some saintly, gluten-free combination of Gwyneth Paltrow and Mother Teresa. After summarizing my situation (some variation on “ich bin müde”) to Turner, I add, defensively, “I eat well.”

“What did you have for breakfast this morning?” she cross-examines me. Thrilled by this line of inquiry, I announce with pride, “Overnight oats!” “There are much better options,” she says. “You’re sabotaging your energy with that kind of starchy-carb breakfast.”

Turner recommends eating four high-protein meals and restricting starchy-carb eating to after 4 p.m. “Eating protein in the morning ignites your thyroid hormones, sets your dopamine level for the day and prevents cravings and the afternoon slump,” she explains. “Starchy carbs, on the other hand, can cause blood sugar highs and lows that make you foggy and tired and give you cravings.”

Though this sounds like a very sensible directive, it is also, frankly, devastating. There are few things in life more delightful than mornings spent in the company of a carb, and my mind wanders to a post-apocalyptic world—one without toast. “You can have toast in the evening,” she consoles me, adding that a diet free of carbs lowers testosterone and serotonin and increases stress hormones. I tried going carbless once and was never more stressed in my life. I spent every spare minute fantasizing about linguine.

Turner disavows the common argument that eating starchy carbs early in the day gives us the whole day to burn them off. “Have starch in the evening because it’s going to help you sleep better,” she explains. “In the morning, do you just wake up or do you have to hit the snooze button?” I don’t even understand the question. “Of course I hit the snooze button,” I reply. “Well, I just wake up—when I’m up, I’m up,” she says with the pep of, well, bread popping up in the toaster. “For breakfast, I eat a bag of salad and three fried eggs. It is AWESOME. And you can chew a lot. It’s so nice to chew in the morning!”

You can chew on a croissant, I think to myself, but, while I chew on the prospect of breaking up with my favourite breakfast, Turner assures me that my problem is hardly unusual—fatigue is her clients’ chief complaint. “So many people say they’re tired, and the common responses are ‘It’s just part of aging’ and ‘It’s normal.’ But the important thing is to not dismiss it as normal,” she says. Fatigue can serve as a flag to a potential imbalance. The trick is identifying it.

For starters, Turner orders blood work to measure things that could be impacting my energy: red blood cells, vitamin B12 and ferritin (iron), to name a few. She also uses a medical-grade bioimpedance machine to measure my water levels (hydration, body fat and muscle mass), establishing that I am deficient in muscle but sufficient in fat (how comforting). “The amount of muscle you have affects your metabolism and your energy,” she says.

Another common culprit, adds Turner, is a dysfunctional adrenal system. “The adrenal glands allow you to get out of bed in the morning and adapt to all the stressors in your day.” She conducts an orthostatic blood pressure test to assess changes in my blood pressure from when I’m lying down to when I’m standing up. “When you’re adapting to stress well and your adrenal glands, [which are located on top of your kidneys], are working well, your blood pressure should go up about 10 points when you stand up,” she explains. I stand up, and my blood pressure, which is normally 110/70, doesn’t budge.

Cortisol, dubbed “the stress hormone,” is produced in the adrenal glands. I have read about the deleterious effects of high cortisol on the body (belly fat, anxiety, headaches, depression…), but I haven’t heard of an adrenal system that is, as in my case, apparently, asleep at the wheel. “Even my adrenal glands are OOO,” I tell her. “Yes, your high-cortisol years are behind you, and now you’re on the other side,” she says. “You’re in burnout. Adrenal fatigue happens if you’ve been in a high-stress situation for months or years and your body can’t keep up with it. Your cortisol production starts to taper off, and you feel totally burned out. Pregnancy alone and chronic sleep deprivation will do that to you.”

My blood work comes back and confirms that I am, indeed, low on cortisol. The normal range is 138 to 540 nanomoles per litre, and I am 146—on the low end of “normal.” Turner says levels should optimally be between 300 and 400, but when I share this information with my GP, she is nonplussed. Adrenal fatigue is not a medically accepted diagnosis and is often dismissed by the medical community as being alternative hokum.

I’m also, apparently, deficient in iron. The normal range is between 20 and 200 nanograms per millilitre, and I am at six. “You should be 84,” Turner tells me. She sends me home with a small city of supplements (iron, vitamin B12, adrenal extract and zinc), assuring me that with the dietary changes and supplements, I should start to feel more energized in a few weeks.

“What about exercise? Should I be doing SoulCycle?” I ask, my cortisol levels rising from their slumber in anticipatory fear of her answer. “You’re too depleted,” she says. Being told by a health-care professional not to go to SoulCycle is more exhilarating than any endorphin high. Instead, Turner orders me to partake in strength training—exercise that triggers growth hormones, which, in turn, help to build muscle, tighten skin and increase energy. “Aggressive high-intensity exercise is only going to fatigue and stress you,” she says. “You need to do exercise that will replenish your energy reserves.” Hear! Hear!

I follow Turner’s instructions and book some sessions with personal trainer Michael Conroy. “Fire up those growth hormones!” says Conroy as he ushers me through 40 minutes choreographed with 12 to 15 repetitions of lunges, chin-ups, push-ups, sit-ups and other weight-bearing moves. I’m told to do each sequence until the point of failure. I’m no stranger to failure—this I can handle.

A couple of months into my new regimen, I begin to feel more energized—although I do expend a great deal of energy in the morning popping supplements and quaffing my weight in New Zealand-whey-fuelled smoothies while making eyes at French pastries. My iron levels have also gone up significantly. Then my two-year-old gets sick with tonsillitis and wakes up at 4 a.m. one morning, flame-cheeked and struggling for breath, with a fever of 40.5ºC and the barking cough of a sea lion. We end up taking him to emergency via ambulance—he has croup. The whole episode is frightening—and tiring. He’s now on the mend, but I’m still convalescing.

I’m still trying to follow Turner’s prescription, if a bit more loosely. I’ll admit that I have not maintained the strength training, I have yet to bounce out of bed and I still manage to only be alert and efficient for about 20 minutes a day. In my defence, though, among the challenges of having a toddler is that it’s hard to get through the day without, say, a few Shreddies passing your lips before nightfall. Plus, resistance can be so exhausting.

Photography by Benjamin Kaufmann/Trunk Archive
Get the best of FASHION in your inbox Thanks for signing up!
The latest fashion, beauty and celeb news delivered right to your email #FASHIONforall Now, check your inbox to complete your subscription
We won’t ever use your email address for anything else
Want even more FASHION? Follow us on social media.