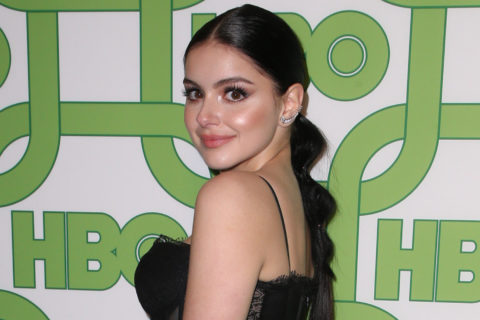 Ariel Winter’s Weight Loss Was a Result of Switching Meds

She set the record straight on IG Stories.

Anyone who’s been on an antidepressant knows that there are some pretty annoying side effects—namely, weight gain. In an Instagram story, actress Ariel Winter set the record straight on the reason why she’s recently lost weight. Turns out she switched up her medications.

“For years I had been on antidepressants that caused me to gain weight that I couldn’t lose no matter what I did,” she wrote. The Modern Family star explained that instead of looking into switching medications she settled on the one she was prescribed. “I just accepted feeling ‘eh’ instead of trying to find something to actually feel better.”

Winter also wrote that not seeing results after working out was frustrating. “I wanted to be able to get fit and feel like the work I was doing was paying off, but it never felt that way.”

Antidepressants are most commonly used to treat depression and anxiety. They take a couple of weeks to kick in, but once they do you’ll notice an increase in appetite, energy and mood, as well as better sleep. According to Mayo Clinic, nearly all antidepressants list weight gain as a side effect. There are some, however, that appear to more likely contribute to an uptick in pounds, like mirtazapine and paroxetine.

It wasn’t until last year that the 21-year-old sought out a different medication. Once switching her meds she saw instant results. “It made me drop all of the weight I couldn’t lose before by just giving me back a metabolism.”

It’s important to note that finding the right combination of medication and therapy can be a daunting experience for some, an issue Winter also addressed. She referred to the process as “really long and difficult,” and something she “wasn’t ready to go through again.”

For many, the pros of being on antidepressants (a.k.a. feeling better) far outweigh the cons (like the potential weight gain, heartburn, night sweats, etc.). While Winter didn’t share any medication names, we’re just happy she’s found the right combination for her.

Photography by MediaPunch/REX/Shutterstock
Get the best of FASHION in your inbox Thanks for signing up!
The latest fashion, beauty and celeb news delivered right to your email #FASHIONforall Now, check your inbox to complete your subscription
We won’t ever use your email address for anything else
Want even more FASHION? Follow us on social media.