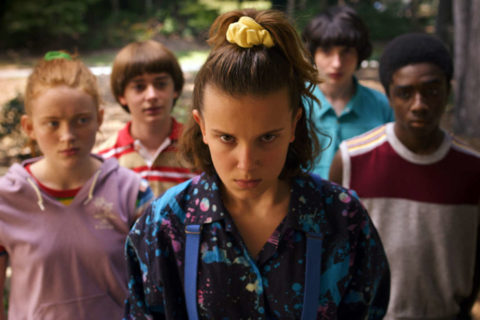 This is what we'll be wearing this year

2019 is disappearing at a somewhat alarming rate but the good news is that Halloween will be upon us very soon. And if you’re looking for inspiration for this year, Pinterest has surveyed its data from July 2018 and July 2019 and compiled a list of the top searches for women’s Halloween costumes. Here’s what’s trending for Halloween 2019:

Yep, the late 90s, early 2000s cartoon trio is having a resurgence (searches are up 379%) – now you just have to decide if you want to be Bubbles, Blossom or Buttercup.

Sometimes the classics are the best.

A Britney Spears-esque ringmaster costume is never a bad idea. For a more current spin, think Zendaya in The Greatest Showman. *Zac Efron not included.

No surprises here that everyone’s favourite moody teen with superpowers, Eleven, is on the list. This time around, however, the look is less nose bleed, and more 80s. Robin’s Scoops Ahoy ensemble is also a favourite for this year.

It wouldn’t be Halloween without an alien, or 10, would it? This is also the most popular costume for singles for 2019, too.

Our love of all things Ariel is undying, clearly.

Margot Robbie’s bad-girl character is a solid choice for this year’s festivities, and relatively easy to pull together, too.

We can probably thank Stranger Things for this one.

Seems like a lot of us have a hankering to don a full body green catsuit this year.

Inspired by Hollywood films such as Bohemian Rhapsody (2018) and Rocketman (2019) some of this year’s most popular male costumes include Elton John and Freddie Mercury. And, as one of 2019 most awaited films, The Lion King is inspiring couple/family costumes.

And if you’re planning on hosting a party, forgo the classic orange and black colour scheme in favour of a more 2019-appropriate setup featuring pink (searches for pink halloween are up 221%) or pastels (+164%).

Photograph by Netflix
Get the best of FASHION in your inbox Thanks for signing up!
The latest fashion, beauty and celeb news delivered right to your email #FASHIONforall Now, check your inbox to complete your subscription
We won’t ever use your email address for anything else
Want even more FASHION? Follow us on social media.